I've been getting an itch. A tiny tiny itch. We've been looking at doing some historical WW2 gaming in 15mm with more emphasis on vehicles and vehicle manovers.

Due to the current logisical whoopies that is the British postal system the vehicle models have been delayed. What did arrive was a whole load of MDF buildings in 1/100 or 15mm scale.

These came from TTCombat and I managed to get 15 of them for around the same price as a slightly excitable takeaway. I decided that I was going to go for the ruined buildings because I think it'll look more interesting and will be fun to play over.

The buildings are nice, but straight out of the box they lack a certain something something. So I set about making them a little less clean and tidy. In today's post I'm going to go through the modelling steps and once I've painted them I'll go through the painting steps.

What I am going to show you can be applied to any setting and any building. Just simply adjust the style of rubble based on the building methods.

Please note, these are work bench photos so are potato quality.

Step One: Assemble the buildings. Not much to say here. Just built them up using PVA, a solid knife, and a bit of colourful language. 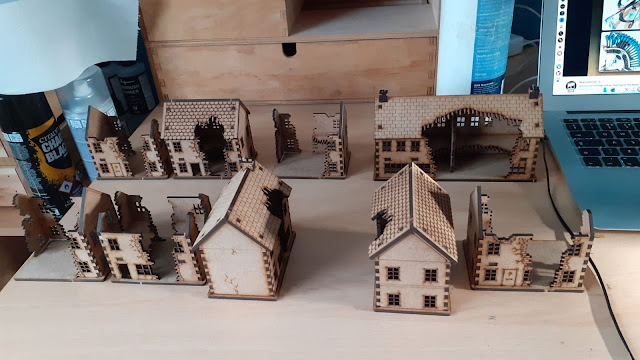 Step Two: Decide that buildings on their own aren't enough. It was at this point I ordered some MDF walls to create yards/gardens. So after waiting another week I start putting the walls together. These walls were ordered from 4ground publishing. 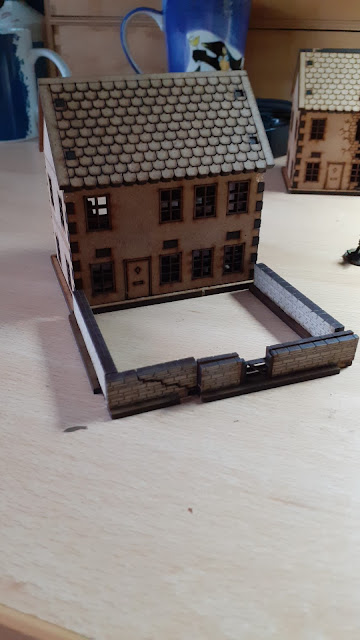 Step Three: Build a foundation for the rubble. Using the left over MDF frames from the buildings I broke them up and using a lot of PVA started to rough out the shapes of the piles of rubble. Doesn't need to look good, just needs to provide bulk and shape at this point. 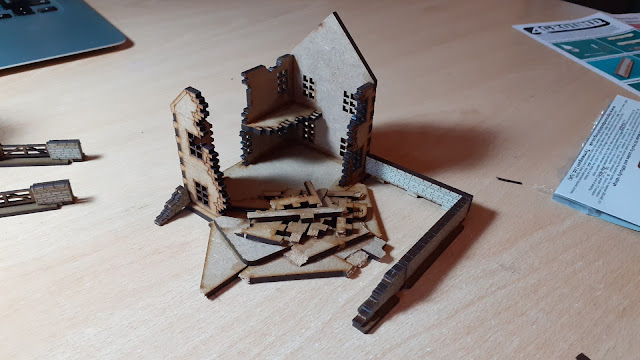 Step Four: Bases. Using some old card stock I created a base for the building and cut to the size and shape required. The buildings were glued down with more PVA. I weighted them down so they would stick flat. 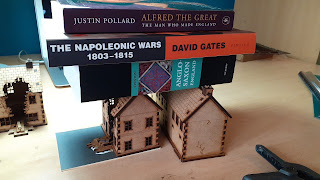 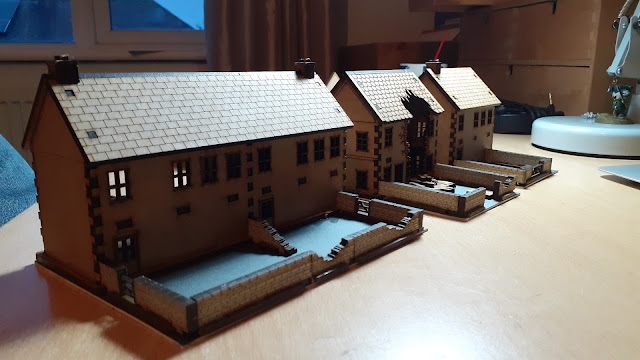 Step Six: Plastering. Well, it was premix filler in a big tub. I was cheap and already brown so it was perfect. Only downside was it looked like a tub of chocolate ice cream. It does not taste like chocolate ice cream. Do not eat the filler. I used a scrap bit of wood and roughly shaped it around the foundation we made in Step Three. Doesn't need to be super neat just scrape into place, you are making the destroyed remains of someone's home. I also at this point did a very rough thin coat of plaster over the walls. Doesn't need to be perfect, just enough to add a little texture to the smooth MDF. This was just done with my hands, just rubbed into on neat and smoothed it over. 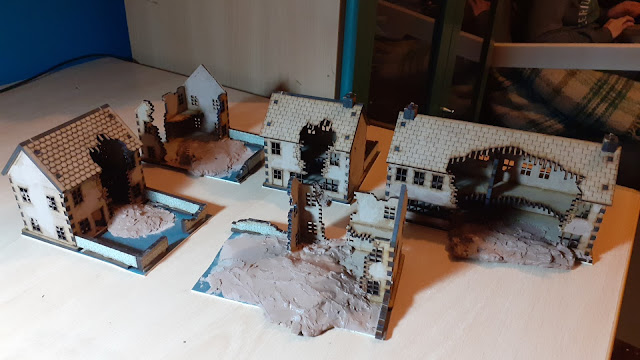 Step Seven: The fun bit. This is the part where we get to make actual rubble. I took a load of small sticks from the MDF frames and broke them up. Whilst the plaster filler was drying I stuck them into at random angles to give the impression of roofing beams/floor boards etc that are mixed into the rubble. Once that had dried to touch I coated everything in PVA and scattered a mix of bricks and grit over the rubble piles. Both were acquired from eBay. There are a whole host of scale railway modellers out there who have all kinds of wonderful materials. The grit was intended as railway ballast and I think the bricks are intended to fill up railway trucks or something. Doesn't matter. Today they are rubbles. 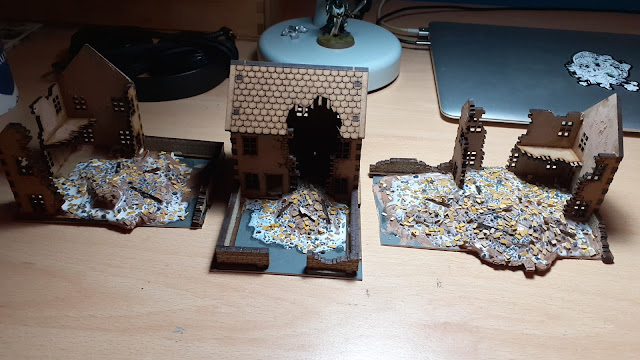 Step Eight: Sit back and have a cup of tea. Or in this case leave it all to dry throughly overnight before attacking it with a can of cheap brown spray paint.

I'll be getting on with the painting of these soon and will report back in how that goes. If you don't see a part two it's because I made a proper mess of it and I'm too embarrassed to share, or I forgot and got distracted by something else. Like that new Dark Angels release.