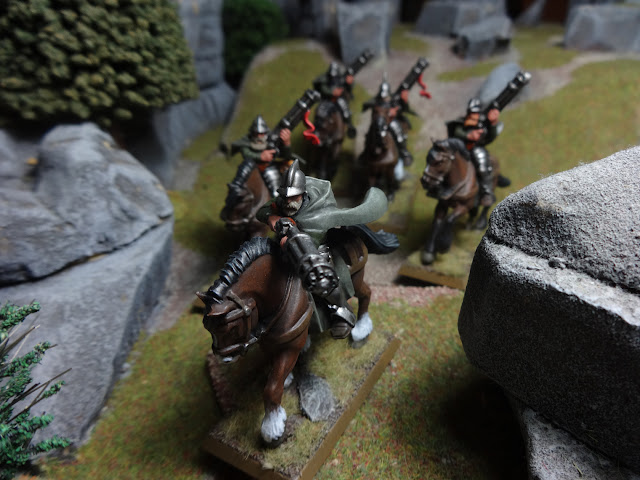 The magnificently bearded bastards populating this post were actually painted back in January, which means I finished three Empire units in the same month. Ooosh.

These guys represent one of my most epic procrastinatory fails; I built them, thought about painting them, remembered how long it took me to paint the other cavalry in my Empire army, and then stuck them in the box of unpainted shame. For seven years.

Well there comes a time when one simply has to sack up and throw some paint at the problem, and since I didn't want to spend ages on the project I decided to see how much of it I could do with drybrushing. The answer: quite a lot. I figured bay horses would take best to this treatment, with only the white bits needing to be wet-brushed. The outriders' capes were also fair game; the metal was similarly quick as it just got a layer of Army Painter Gunmetal followed by Nuln Oil Gloss. The whole unit got knocked out in... I forget how long exactly, but it was an evening or two. Which is fast. For me, at least. 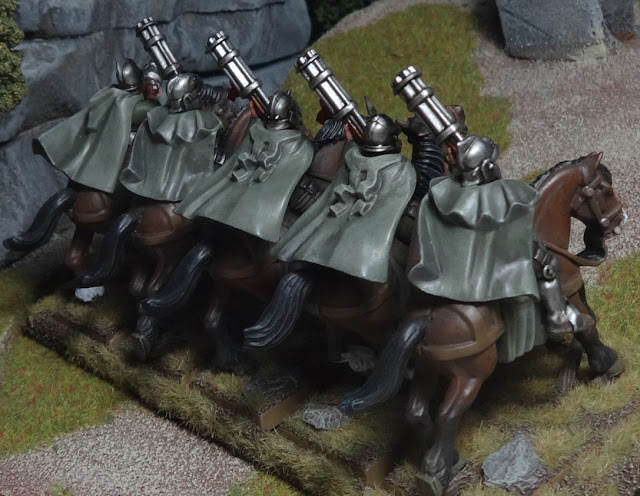 With their capes I went for a German/Prussian fieldgrey; I imagine these capes are issued to them by the Pistolkorps, rather than something they bought themselves.

There's just one conversion in the unit. By default, the musician doesn't get a repeater handgun, but just carries a repeater pistol and a bugle. Given that in rules terms he still fires at full effect, this seemed a bit unimmersive in such a small unit, so instead I trimmed the hand down to resemble a loop he's used to attach the bugle to his belt, thus letting me build him with a handgun. 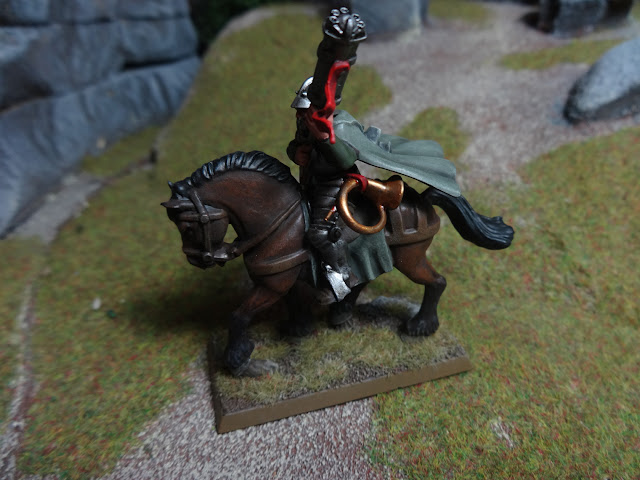 Here they are, all lined up, with the light cutting straight through the top layer of drybrushing (as is standard when I was too goddamn lazy to put some paper over the light... good thing no-one's paying me to write this blog). 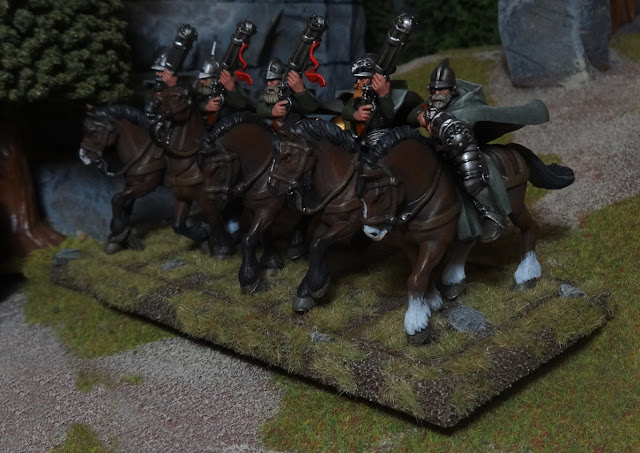 I used to take all my photos against a white background, but my camera doesn't cope well with that, so these days I've taken to photographing minis with scenery as a backdrop. I didn't want to go to the trouble of getting the board out, so just grabbed stuff off the scenery shelf.

In the glorious tradition of five minute jobs, looking at said scenery revealed a problem: the scenery was dustier than a mummy's happy parts. In fact, the scenery had been gathering dust for about the same amount of time the outriders spent in the box of unpainted shame, i.e. longer than anything should go without dusting. I found myself heading off in search of the vacuum cleaner.

So that happened. Right, back to drybrushing Sector Mechanicus scenery. Or failing that, another five minute job.