At the Beard Bunker our goal is to get people excited about narrative-heavy games of Warhammer with fully painted armies and terrain. We produce narrative gaming resources, tutorials, and regular updates from our own hobby workstations. We occasionally talk about other games like Frostgrave, Bolt Action, and RPGs.

The Beard Bunker crew consists of the following glorious dorks spread out across the decreasingly United Kingdom:

Once an astrophysicist, now a medical physicist, Andy's career path is best summarised as "lasers, f--- yeah." He's a relatively new member of the Beard Bunker team, having joined us in 2019. Here's some of his favourite posts:

The most stealthy of Tau battlesuits! 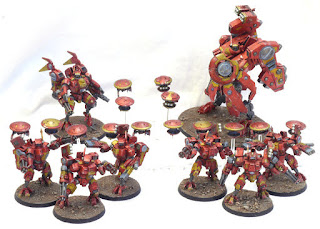 @charliebrassley on Instagram
Charlie has been curing Warhams for the Bunker since its inception in 2012, and has been enjoying the hell out of Warhammer since the 90s. Being a floozy, he two-times the Bunker by also writing for Goonhammer.com. He is renowned for going a bit overboard on projects, going into the occasional creative fuge and emerging, weeks later, having produced a campaign supplement or map or whathaveyou. Consequently the gaming resources page is mostly his fault. Here are some of his favourite personal hobby projects:

That time I turned a Dark Elf Sorceress into a (fully dressed) human wizard. 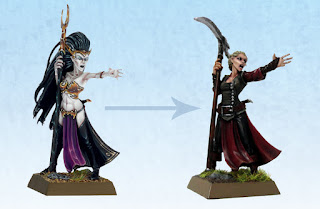 Freehand Painting Tutorial
My cunning plan for painting Empire troops is to distract you from a basic paint job with ambitious freehand banners. This post has a step-by-step on how I do that. Fun fact: I did an updated version of this article over at Goonhammer.com. 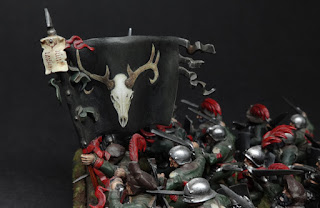 Primaris Ultramarines Successors: the Cobalt Scions
There are times - and this is one of them - where I've been known to get a little carried away. This was meant to be a twenty-model showcase project that seems to be turning into my main 40K army one five hour marine at a time. 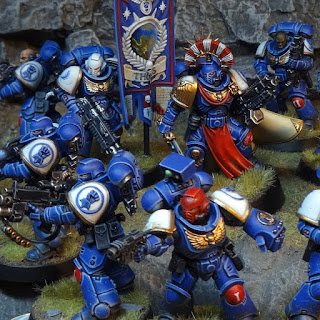 @jeffelred on Instagram
The Beard Bunker is all Jeff's fault. Just as he created many new nerds during his years in Games Workshop, he created a pile of new bloggers. His ability to grunt out armies is so potent that he sometimes struggles to remember entire projects he's done. He has been found guilty of punnery on the high seas and, once, for crossing the International Punchline with a Judy under each arm. By day, people commission him to make cool stuff out of dead cows leather. He'll kill me for shamelessly pimping him out like this (it's Charlie here) but you can get him to make you swag over at Scarisbrick Crafts. In fact, he even made a Raven Guard dice bag for our friend Tom:
Leatherworking: a Raven Guard Dice Bag
Hell yeah! (It's still Charlie here, hijacking Jeff's section). 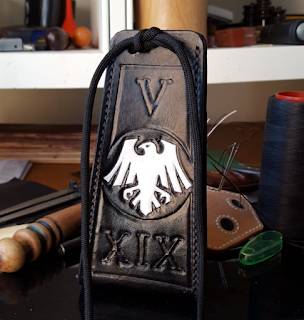 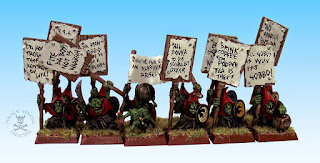 Another founding member, Maisey is the human personification of chaos theory. One flap of the hobby butterfly's wings can send him snowballing down the mountain of productivity until he lands at the bottom with a nicely painted 3,000 point army that somehow came together in what seems like a few months. He also, famously, has the worst dice luck in the Bunker.

You know how every gaming group has that powerfully unlucky player? The one whose dice can be relied upon to grab defeat from the jaws of victory? In the Beard Bunker, Maisey is that player. For your amusement, here are his top three epic fails. 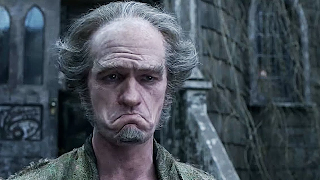 Mark (also known as Assistant Kogz) was another one of the Bunker's founding members. He got the unfixable kind of cancer, and kept hobbying throughout the last two years of his life before passing away in 2019. He is survived by his wife, two children, and a ridiculous number of orks. We miss him.

This is Mark's final post, about how he felt about the hobby as he neared the end. It's much funnier than it should be. 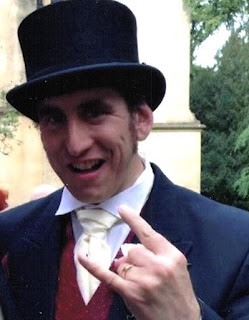 The Great Squig in the Sky
A nerd eulogy complete with links to some of Mark's most interesting or amusing posts. 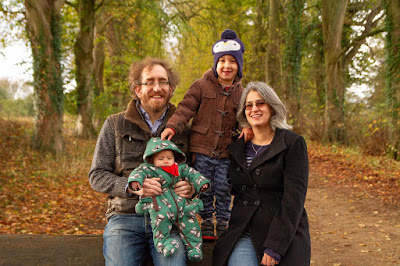 The Crooked Hand Waaagh!
Mark's ork army is enormous and glorious, so I was determined that it should be showcased in full on the Bunker. If you want three meaty posts rammed full of Konversions and weathering powder, this is the series for you. 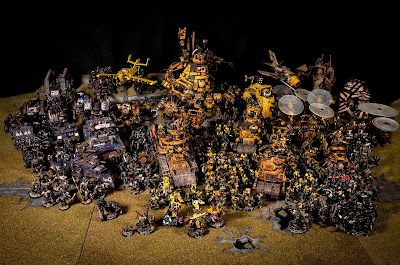 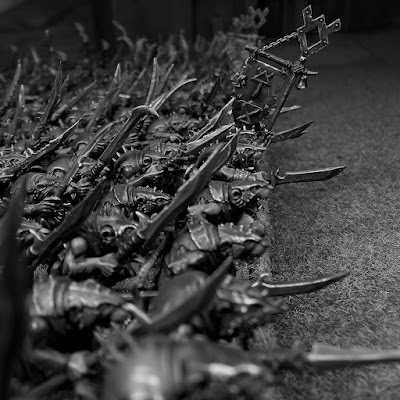