The Great Squig in the Sky

By Charlie October 28, 2019
"Is there anything you want to do?" I asked Mark. "Yeah," he said, "watch Fury Road with me." It always was, to be fair, just about the most Mark film in existence.

I was asking him because we both knew he didn't have much time left. You see, today's post is going to be heavier than our usual fare. A good friend to all of us for a decade or so, and a regular contributor to this blog since its inception, Mark passed away on Saturday the 19th of October following a long, painful struggle with colon cancer.

This is a hobby blog, so this will be a hobby eulogy of sorts, sharing our thoughts and favourite memories of the orkiest gamer there ever was. Anyone inspired or moved by the contents of this post can lift our spirits by contributing to the Movember campaign that Andy is running in Mark's honour. You even get to vote for what kind of 'tache Andy will grow.

Next week, we will be sharing Mark's final blog post for the Beard Bunker (edit: here it is), in which he'll share his reflections on the hobby, and the joy it brought him, even as he sped toward a profoundly premature grave.

For now, though, our own thoughts. For my part, the thing that always impressed me about Mark's output was his attention to detail. Mostly you'd see this in his conversions, but occasionally you'd see it in his painting too, like these charming oven mitts:


Professionally, Mark was an occupational hygienist. It was his job to figure out which chemicals and processes were safe, and which ones would get people killed. He then applied this niche knowledge to our hobby quite magnificently in this post for those of you who have ever wondered things like "how dangerous is Forgeworld resin? Is it dangerous?"

For me the joy of gaming with Mark lay in the fact that both of us wanted to engage with the hobby the same way. Casually competitive, loads of emergent stories and characters, and laughing so much the game would be put on hold while we doubled up with mirth. When Mark found something funny, really funny, he was just gone. It didn't matter if it was his warpfire thrower dousing his own horde of clanrats, or one of my terminators getting taken out by a grot blasta. He was an equal opportunities gentleman like that.

Mark’s hobby prowess was always best shown off during an Apocalypse game. He had such an extensive, creative, and consistent collection. All of us have painted hundreds of miniatures over the years, but Mark had a passion and focus on his Orks that I couldn't help but be utterly envious about. It’s always something that I’ve aspired to, but never could manage.

One of my favourite games against Mark was captured in word format in our post Between a Rok and a Ard Place back in 2012. His Stompa ruined my marine army in short order. The Super-Gatling-Cannon-Thing (I can’t actually remember Ork weapon names) just wouldn’t run out of ammo. THEN to add a hilarious insult to the injury he picked up my Vindicator with the lifty-droppy thing and started throwing it around like a toddler with a toy.

Another wonderfully Mark moment came on the day of the birth of his Daughter. As any imminently expectant father would be, Mark was at our house, gaming. He had challenged himself to try and create an Ork list to try and out-shoot an Eldar army. A wonderfully futile task but he always enjoyed doing that kind of ‘for the hell of it’ fun thing. Now in fairness to both Mark and Emma, neither of them are the speediest of gamers. Playing Mark you knew that you had to make sure you had time to spare and Emma needs at least 2 cups of tea per turn. I had spent the game lounging on the sofa reading and helping out with the odd rule. I think they had made it to turn 3, it might have been turn 2 but judging by the number of holes in the Eldar infantry line, and the number of Ork vehicles that had disappeared under brightlance fire it was most likely turn 3. Anyway, Mark gets a phone call, he looks at who is calling, mumbles that he should actually take this and heads out of the room. He comes back in a minute later saying that Caroline’s water had broken and that he should probably head home. We all spring into action to help pack everything up a quickly as we can and bundle him out the door, sending on his way into the night with wishes of luck. Once he had gone we had discovered that he had forgotten Pigless. We then thought it best to hold Pigless to ransom and staged a rescue mission a few short months later when we finally manage to organise some time.

It's strange but I struggle to pick any single gaming moment or particular memory to encapsulate Mark and what a joy he was to hobby and game with.  What was always so much more evident was how if there was every a person born to play Orks, or Skaven, it was Mark.

His creativity was boundless, which you'd see especially in the ingenious contraptions that made up the heart of his Ork army.  An entirely scratch built Chin-Ork (part 1 and part 2); or the way he couldn't just leave his Gork-a-Naut alone (or is it Mork?  See them here).  Truly there was a Mekanik just bursting to express itself with any plastic he could get hold of.  His creativity was infectious too, and I would happily spend hours with him just spitballing ideas for conversions and creations, or hearing about his plans for where his armies were going next (just look at what he achieved with his Skaven).

Far more than that though was what a genuine pleasure Mark was to spend time with.  Its rare that you meet someone that you just naturally get on with, and I was blessed that both Mark and I happened to move to Oxford around the same time a little over a decade ago, and that we both shared a passion for pushing little toy soldiers around on a table.  It's the greatest part of our hobby, to meet like minded individuals and make friends we wouldn't otherwise make.  I'm so thankful Mark was a hobbyist I was able to call a friend, if unfortunately for too short a time.

Living in Cardiff as I do, I got to experience Mark only in short, intense bursts of maximum enthusiasm. His willingness to attempt any scenario, regardless of size, practicality or feasibility always made me smile. His invention and creativity in conversion are the elements of the hobby that I was always amazed by with him. He'd turn up with some bonkers mash up of components that I was always in awe of. I will treasure fond memories of over-loud "WAAAARGH" shouts and of a bumbly kindness that always made him a joy to spend time with.

The others have already showcased some of my favourite Mark posts so I will sign off with a rather Game of Thrones "We Shall Not See His Like Again." I'll miss you Mark.

...and back to Charlie

While I appreciate people don't read hobby blogs in search of the tough end of reality, this post would ring hollow to me if certain things went unsaid. Namely, the cruel timing of his diagnosis, and the heroism of his wife Caroline.

Said diagnosis came at more or less the same time as the birth of Harriet, his second child. Caroline has somehow cared for two young children and cared for him. Others have assisted where able, but the burden on her shoulders has been immense. Mark was quite private about health and emotional stuff, so it says a lot that one of the first times, post-diagnosis, that he broke down in tears in front of me was when he was saying how incredible she'd been.

The worst situations sometimes bring out the best in people, and that's certainly true of her. It would mean a lot to her if anyone reading this could show the solidarity the geek fraternity is known for, and contribute, as previously mentioned, to Andy's Movember effort. It won't bring Mark back, but maybe one day it'll help someone else avoid this sadness. 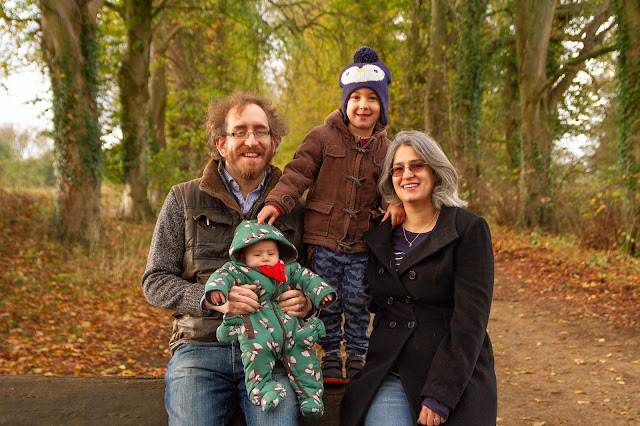 Mark and I never got around to watching Fury Road. Perhaps on some level I was putting it off; perhaps we both were. It would be a kind of goodbye, and everyone knows goodbyes suck. And then, subtly, things reached a point where the pain medication meant that the days of meaningfully watching a film had passed us by. No amount of subconscious procrastination could keep the inevitable at bay. On the night of the 18th, a message came in from Caroline: he only had hours left.

We sat with him for a while, then he shook me by the hand. "See you around," he said. And I will - every time I see one of his miniatures on a table. They'll ride on, shiny and chrome.