Crusade: when should you stop levelling up? 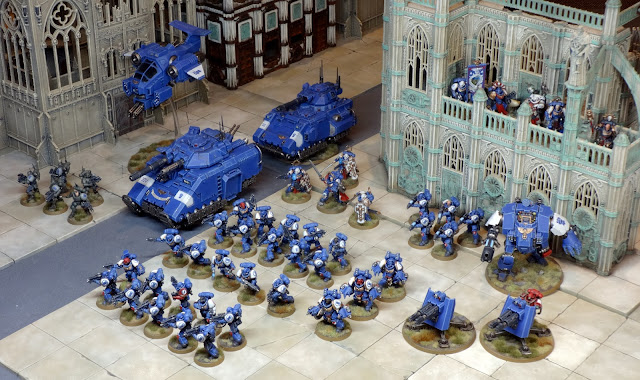 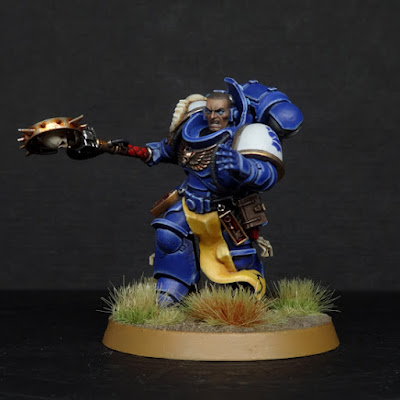 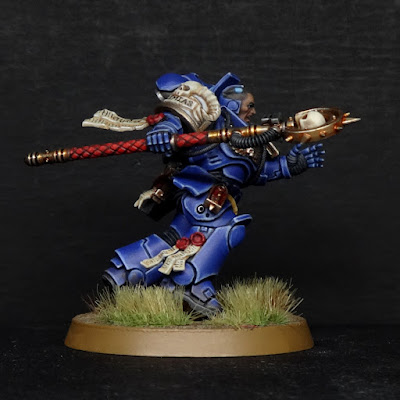 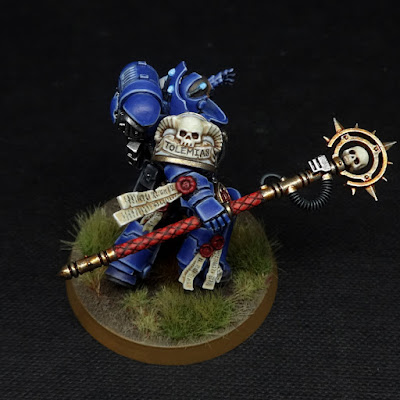 He began the campaign week as a lowly Lexicanium, and after only six games accrued a mighty 31XP, making him Heroic! In recognition of his righteous efforts, he has been promoted to Codicier. When I sculpted the tabard, I deliberately positioned it so that it'd be easy to update the heraldry, and so: 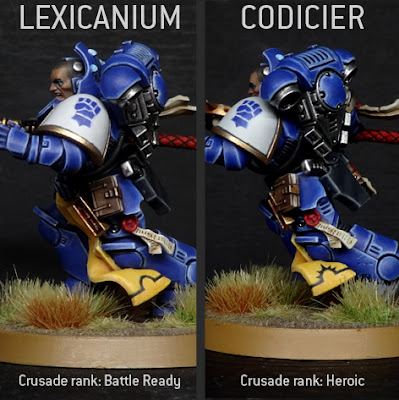 I've written another Goonhammer piece detailing how I went about the Librarian conversion, so I won't go into detail here; that article should get published in the next week or two.
The other Cobalt Scions development is that they recently got their own army showcase over on Goonhammer. If you've been following the army's development here on the Bunker then there's nothing new there, but it was nice to see them all in one place, digitally speaking.
I'm also in the process of writing up the campaign week for the Goons as well, which does rather explain why Beard Bunker posts from me have been a tad sparse in the last few weeks! Right, that's it for now... again, dear Bunker reader, do let me know your thoughts on levelling up and/or casualties in your own games of Crusade! If you feel so inclined, of course.