By Charlie October 31, 2013
Quoth an anonymous comment left on the blog nine days ago: “The K’Daai Destroyer looks amazing! Do you have some better pics of the guy?”

The model he’s talking about is the monster that scared the general of my Middenheim army off the table in turn one of the Bunker’s first ever battle report. Ask, and you shall receive: 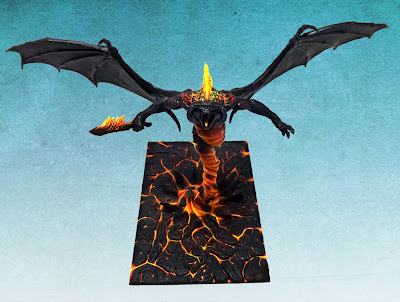 John converted and painted this pretty little princess for his Chaos Dwarf army, and in classic John fashion, he called it Mary, after his grandmother (“she didn’t put up with any crap”). The model is essentially a kitbash of the plastic Balrog and the Balewind Vortex (one of the arcane fulcrums in the Warhammer scenery range). It’s been said that John’s not afraid to go off-piste now and again. Other examples (of which I’m lacking photos) include Stompy the Treeman, who was made of about five citadel trees and like four kilos of greenstuff (slight exaggeration) and Precious, the Brettonian Drag-Damsel whose haircut, in the tradition of all the most splendid drag queens, was a three-foot purple beehive. 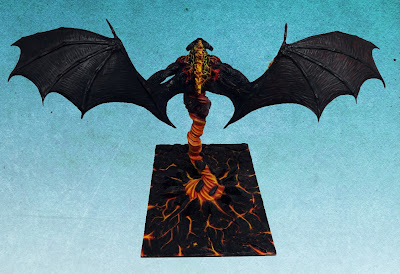 The Bunker may well be seeing more of John’s wee men in the coming months; his High Elves have entered our Hochland Campaign, and have sworn that their opening gambit will be to scour the Drakwald Forest of goblins – specifically, Rhagat. Look out, Jeff. 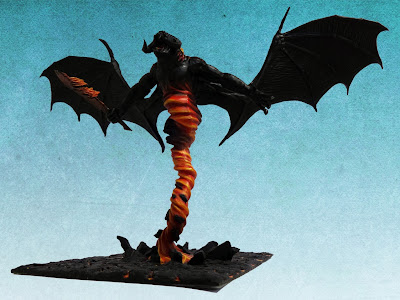 Well, Mr Anonymous, I hope this is what you were hoping for. If there are other things folks'd like to see, throw a comment our way.