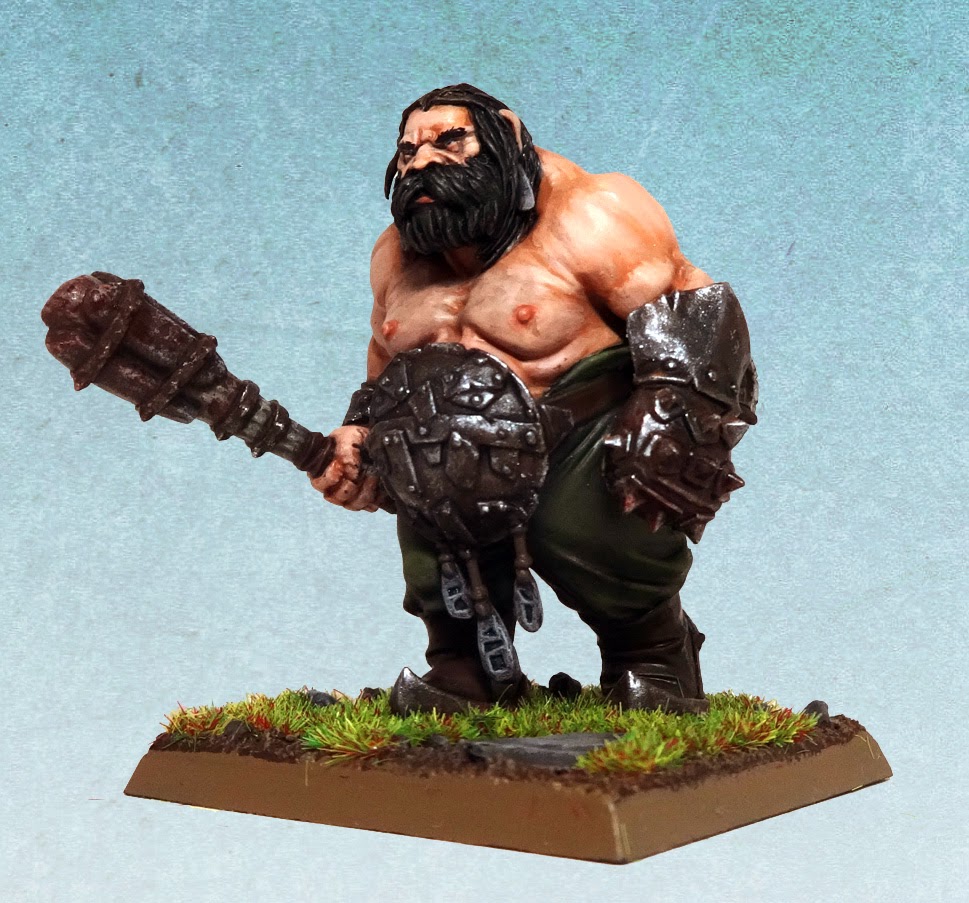 Regiments of Empire Free Company seem like the perfect opportunity to have some slightly bonkers models sharing a movement tray. They aren’t members of the military, they don’t have to have uniforms, and they don’t all have to be human. This here dreamy princess is an ogre known to his friends as ‘Puds’ (short for Puddings). He’s got a bit of a sweet tooth. 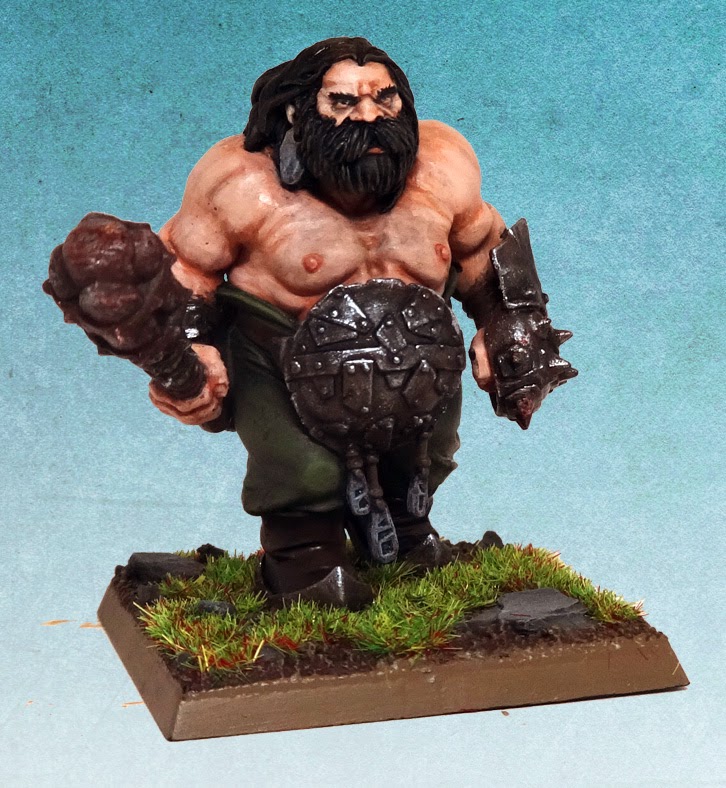 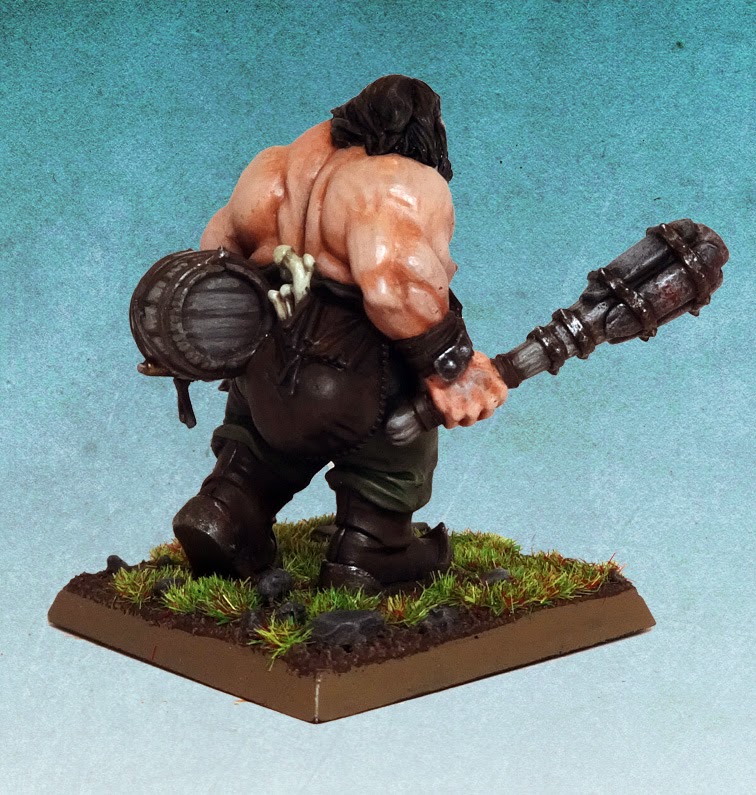 He’s effectively unit filler – taking the place of four free company dudes – and was an excuse to have a go at painting a model I’d never painted before.

Whilst I like elements of the ogre sculpt (the trousers and the mongolian boots are rather charming) the shoulders just look wrong. They’re crazy angular, and have really obvious joins. On top of that, the muscle definition is... enthusiastic. Well, if you don't like something, why not change it? 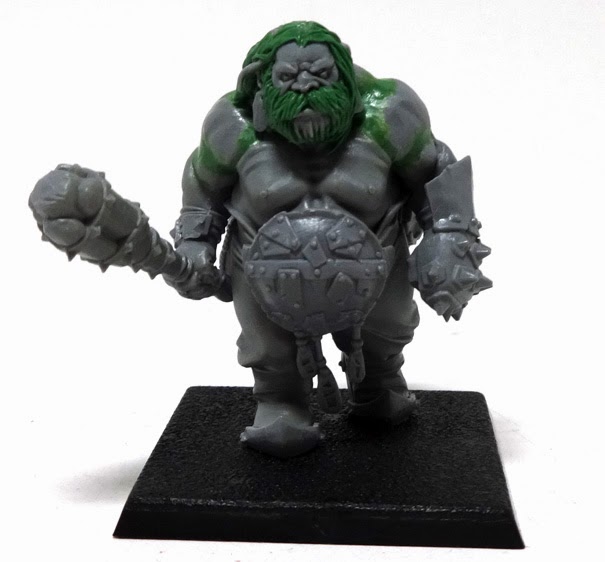 The shoulders got rounded off and shaved down a little before the putty went on. I also added a full head of hair, since I figured not every ogre could be bothered with a daily shaving routine. Since Puds has spent pretty much all of his life wandering around the Empire, I figure he's just gone native with his beard styling. 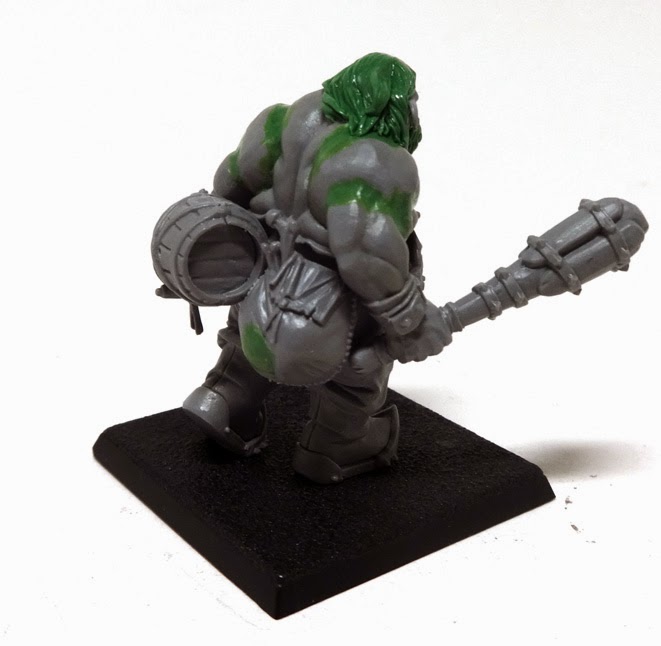 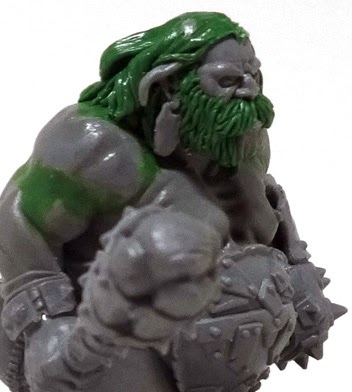 And another thing: ogres have hair. The models have moustaches, beards, top knots, and so on... but no eyebrows. What, do they shave them off and eat them? Glue them onto rocks and give them pet names? WHY DON’T THEY HAVE EYEBROWS?

A valuable lesson was also learnt concerning Vallejo paints: don’t water them down too much! I tried to turn Cayman Green into a wash and slopped it over five layers of carefully blended grey on Puds’ trousers, at which point it went gloss, hid all the paint underneath it, and made me sad. In the end I just had to go back over the whole lot and do it again. Vallejo: great colours, nice to use, just don’t employ them as anything other than straightforward paint. 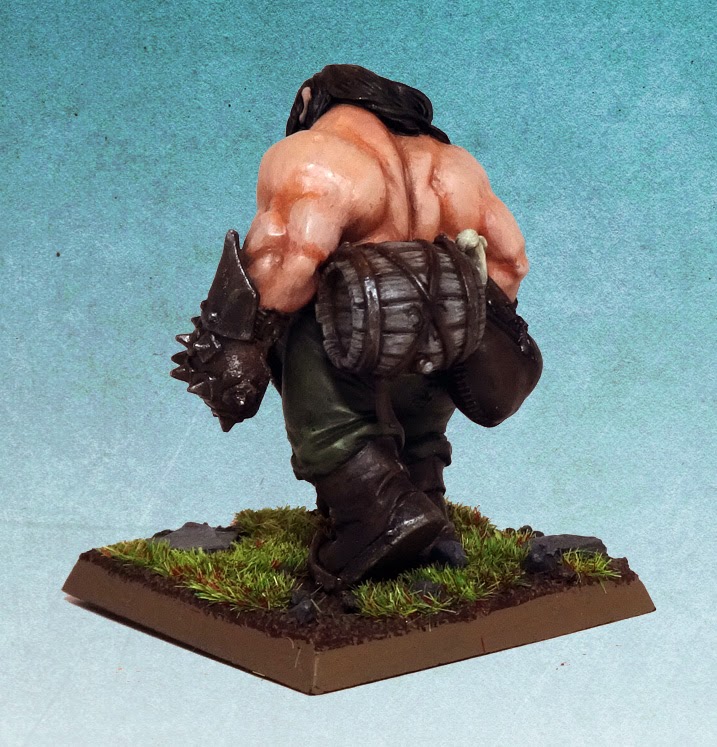 Future plans for the rest of the Free Company regiment include a bear, a glockenspiel, a sculpting armature (yay masochism) and at least one model sculpted in 1985. I still have no idea what I’m going to use for a banner. Might not take one. We’ll see.