All of my recent hobby has been totally absorbed by my new found enjoyment of Bolt Action. If you keep up with Jeff over at Pirate Viking Painting (and if you don't, you should!) you will have noticed an alarming number of Soviet tanks cropping up. To counter this buildup of Bolshevik armour, I've been getting busy with assembling a German tank force for the glory of the Fatherland.

First, the imaginatively named SDKFZ 251/1 Ausf D. Also called the Hanomag after one of the factories that supplied these armour carriers. Used by all branches of the German military in all theatres. In this case these will be protectively ferrying my Panzer Grenadiers into combat. I've got two of these beauties running around. 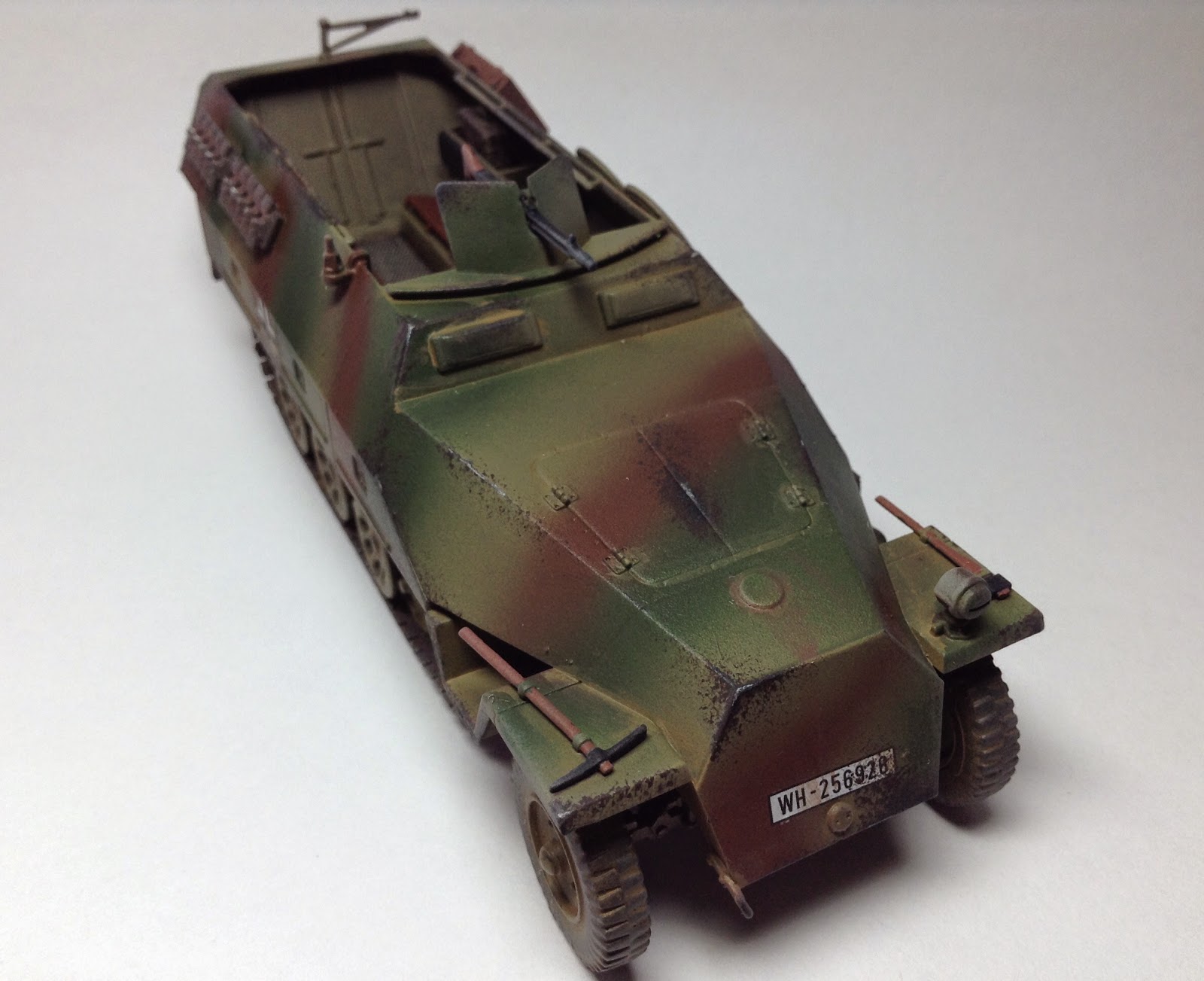 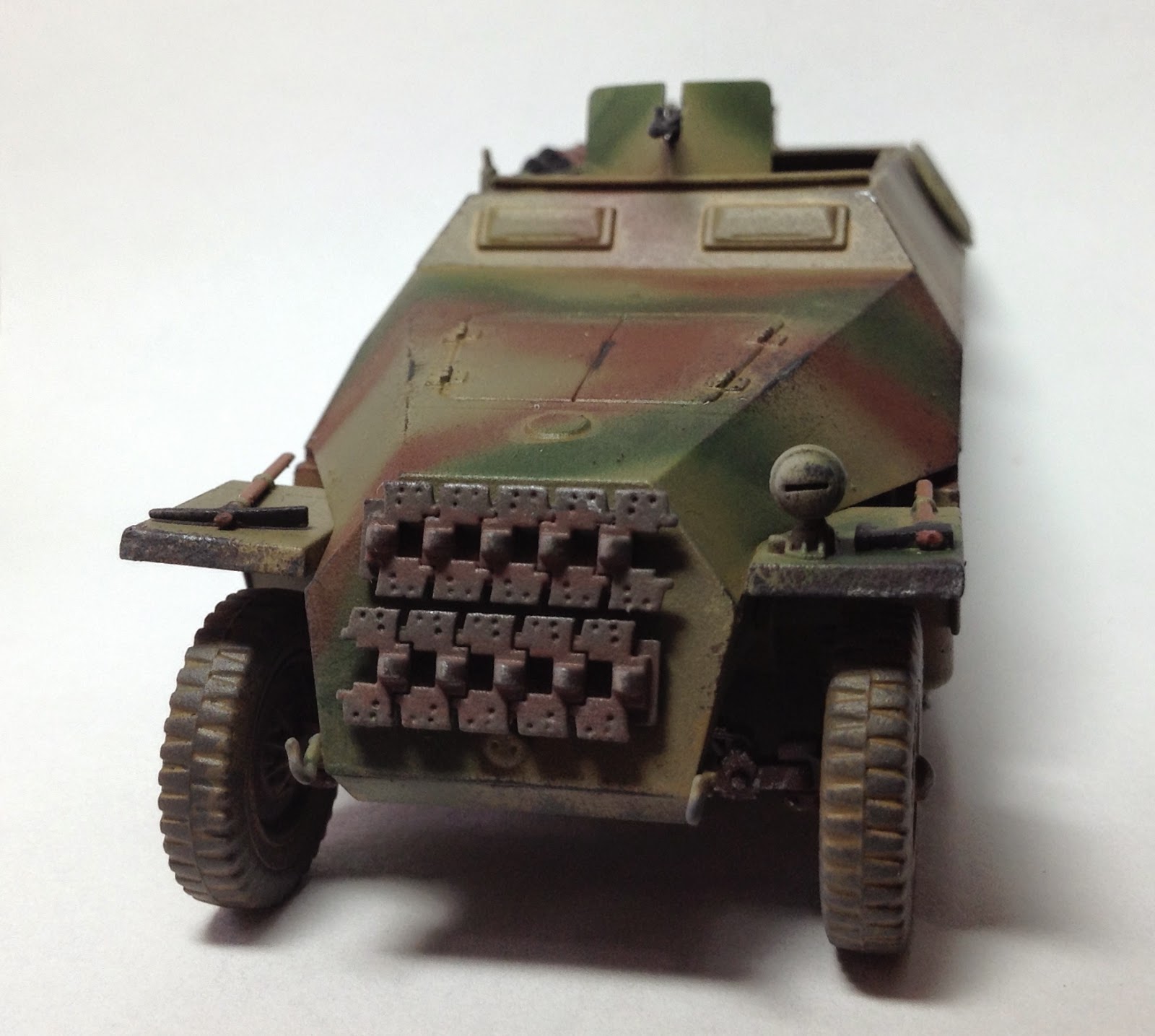 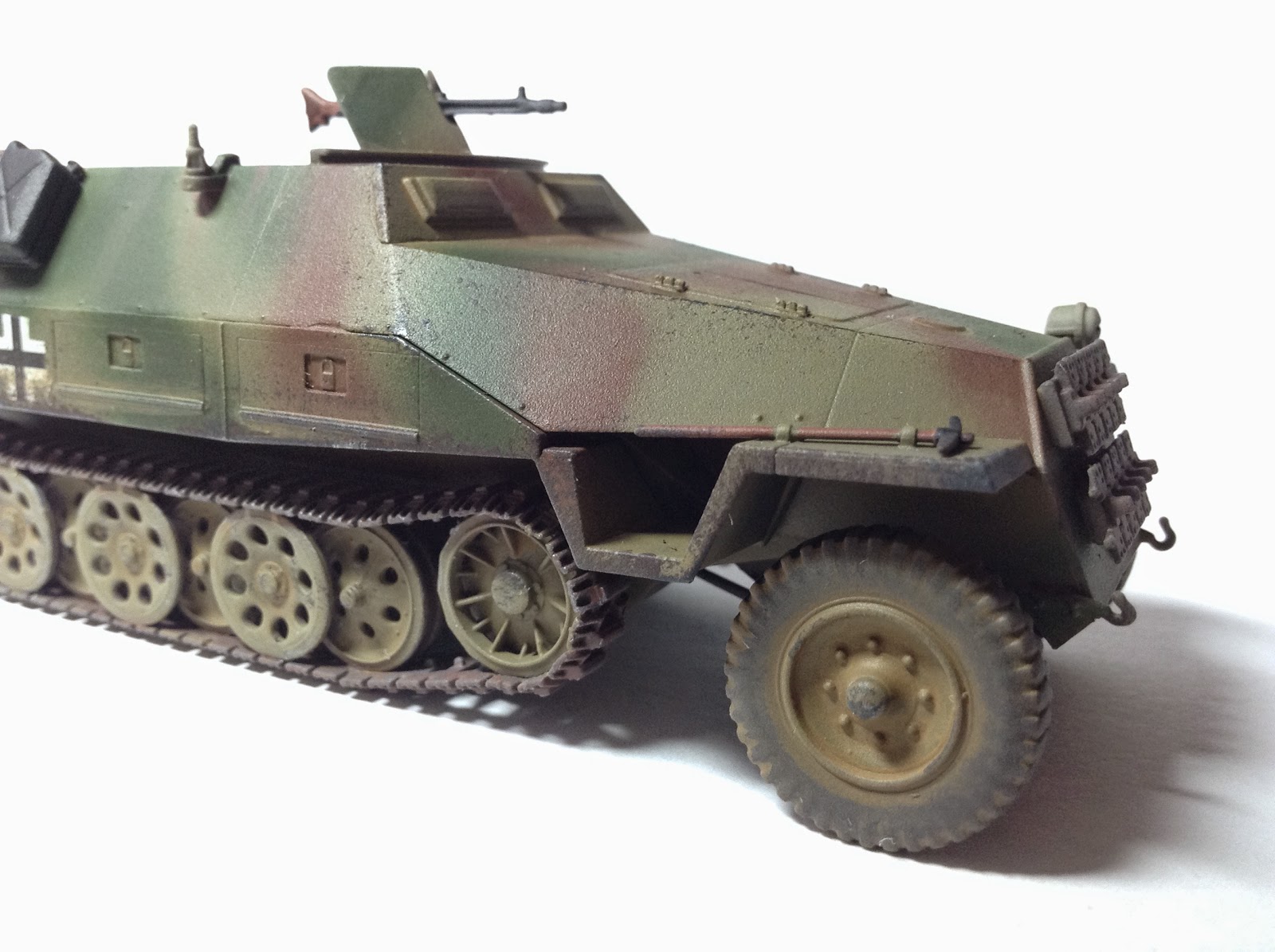 Next we have the SDKFZ 234/2 'PUMA'. This a wheeled scout vehicle that was attached to Panzer Divisions as a recon vehicle for Panzer battalions and for anti-tank support for the grenadiers. These machines where so ahead of their time that the developments pioneered by them are still being copied today (that'll be the sloping bottom hull to deflect mines/grenades etc). I call this one Kittie! 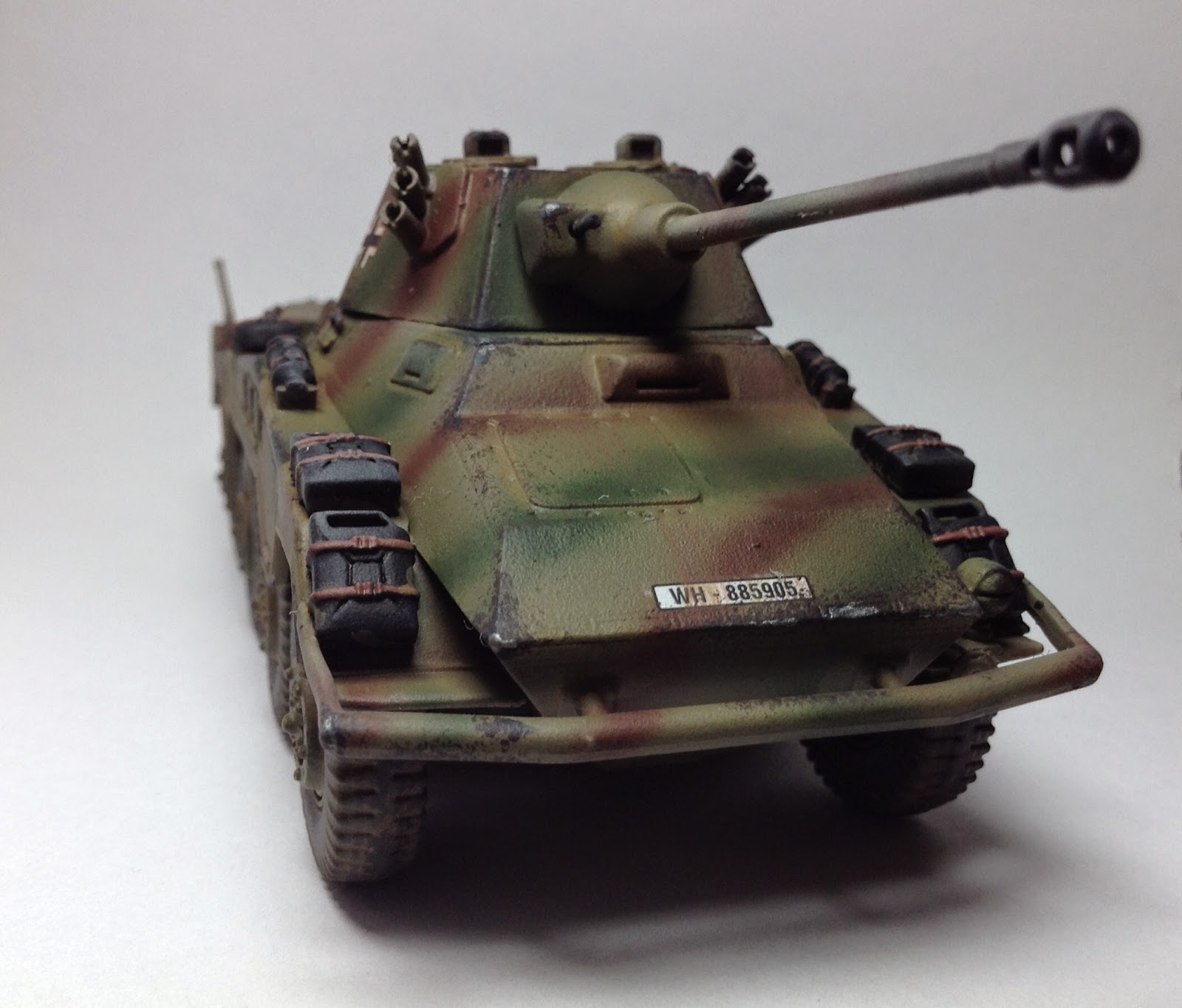 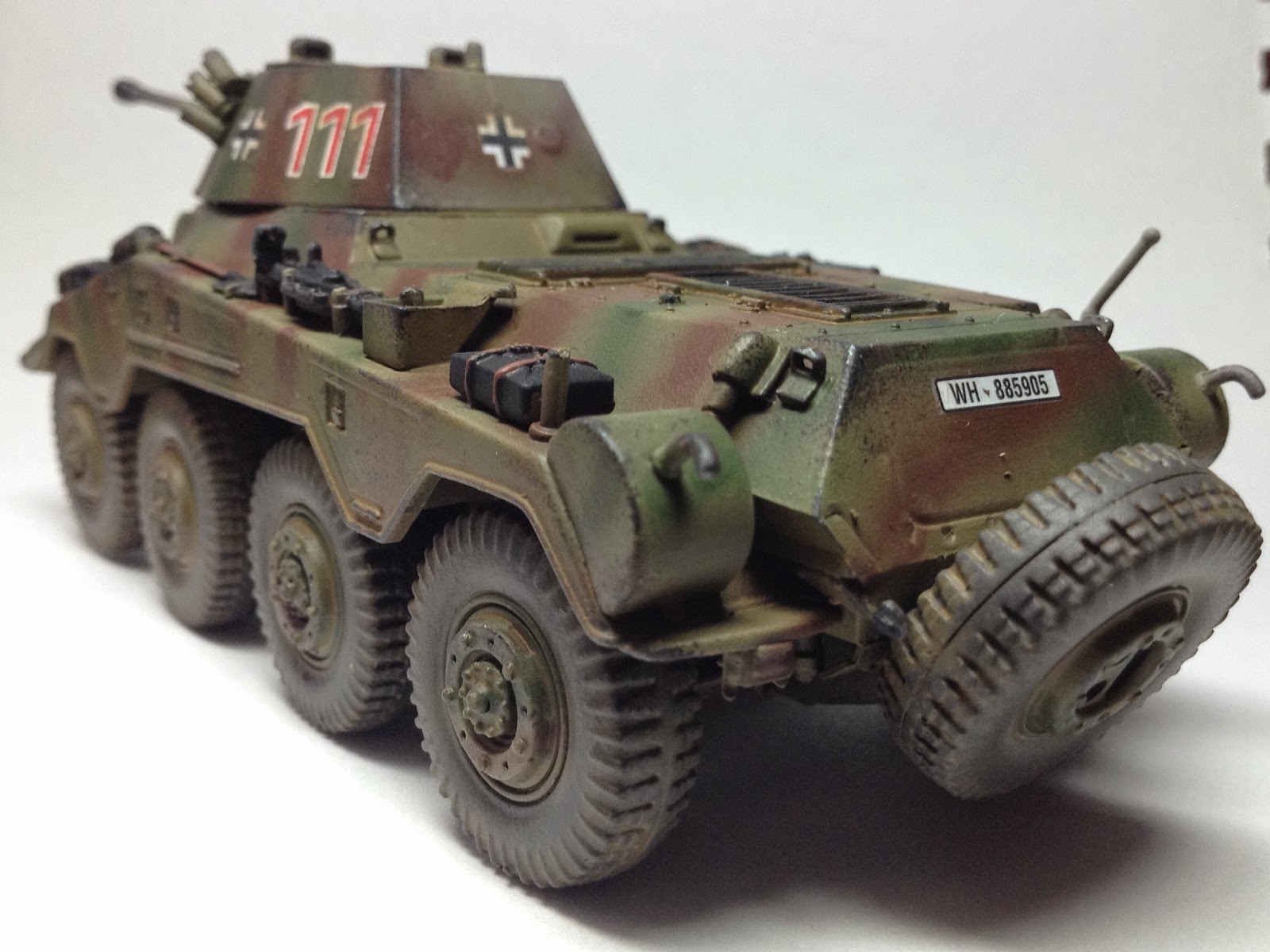 Now the workhorse of the German Armoured forces. The SDKFZ Panzer Pz IV Ausf G. Originally designed as an infantry support tank, it was continuously upgraded throughout the whole war and ended up being equipped with an effective anti-tank gun. This was the most produced German tank (the StuG III takes the most produced AFV biscuit) in the war. Which is why I'm going to have two of them! 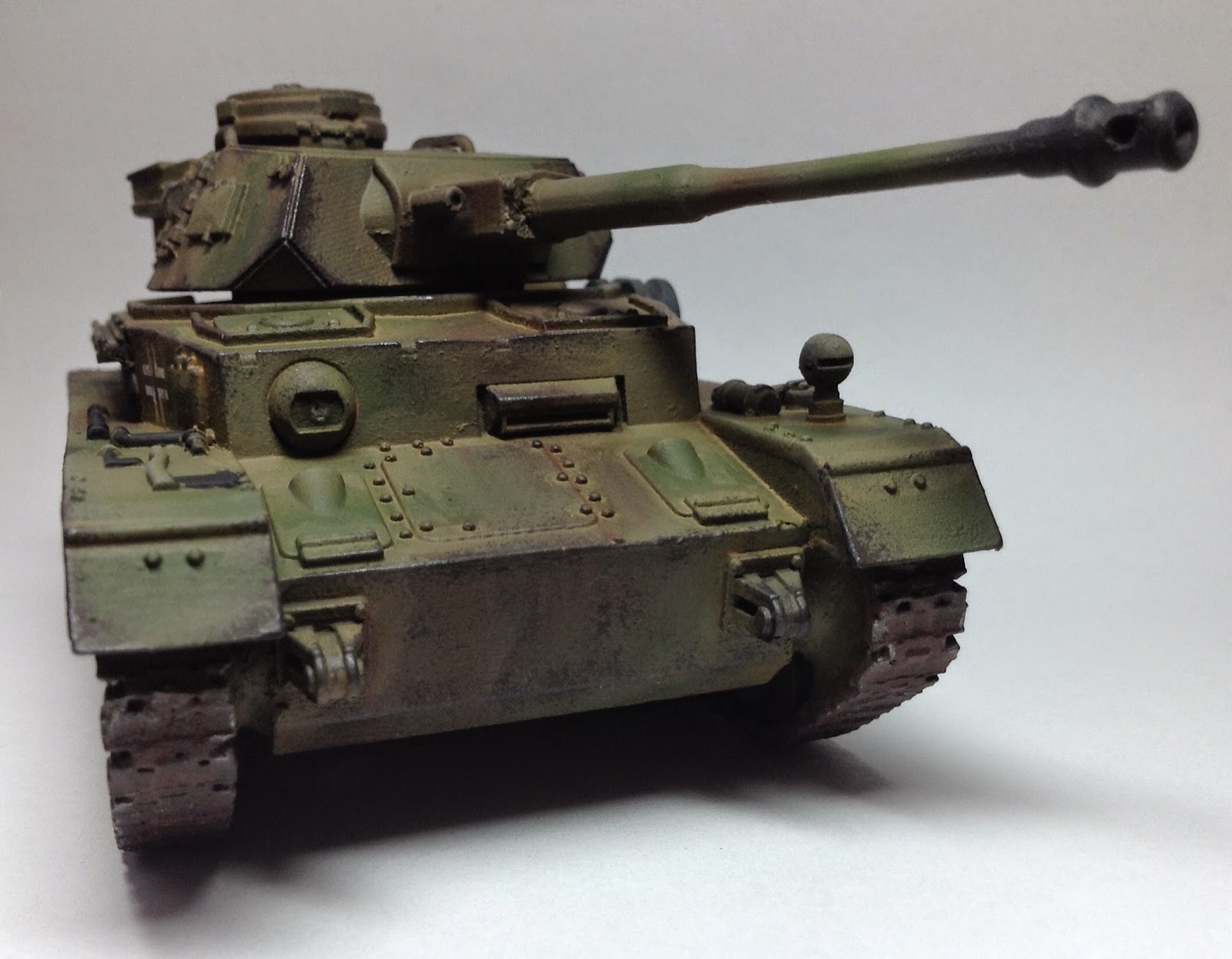 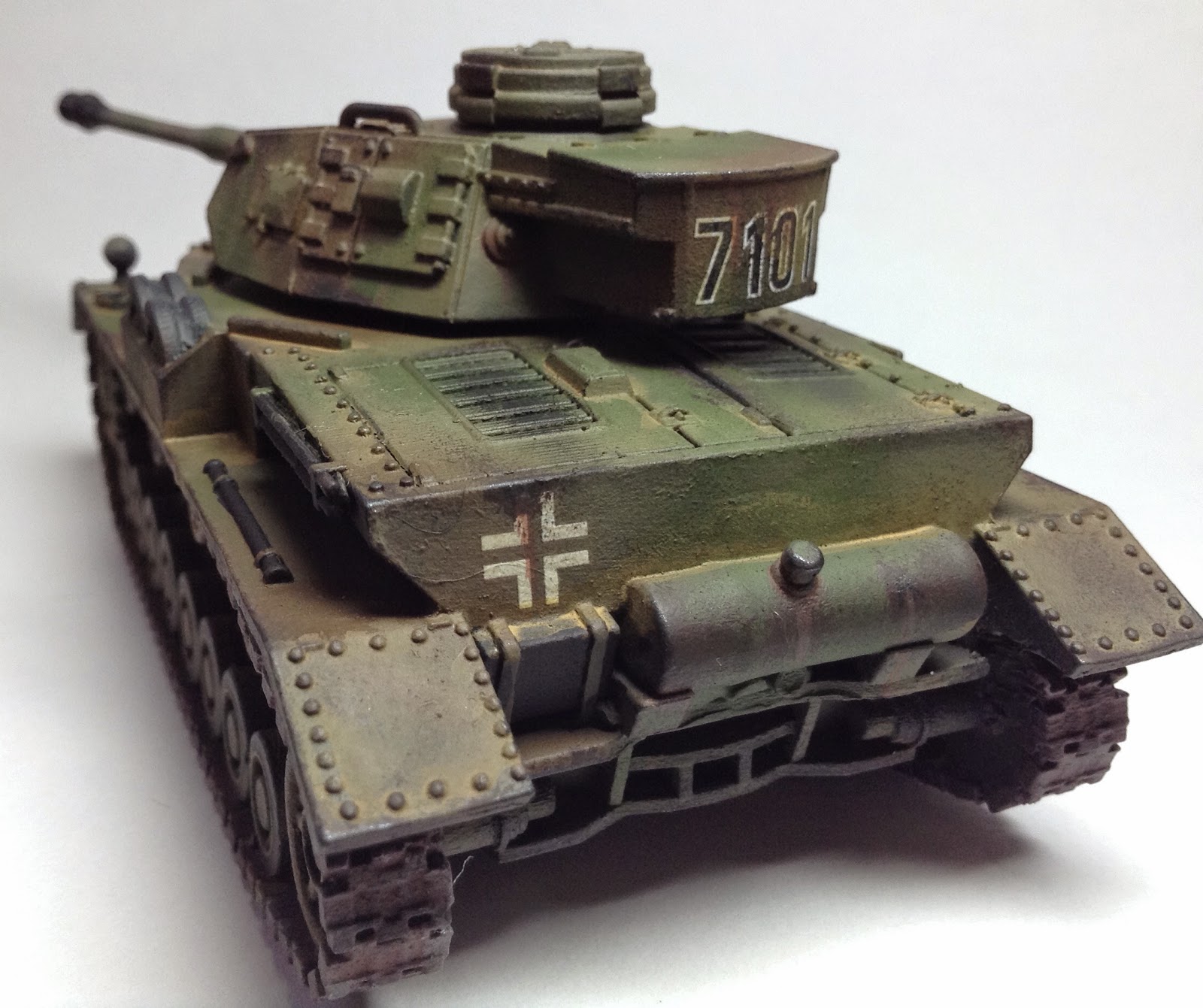 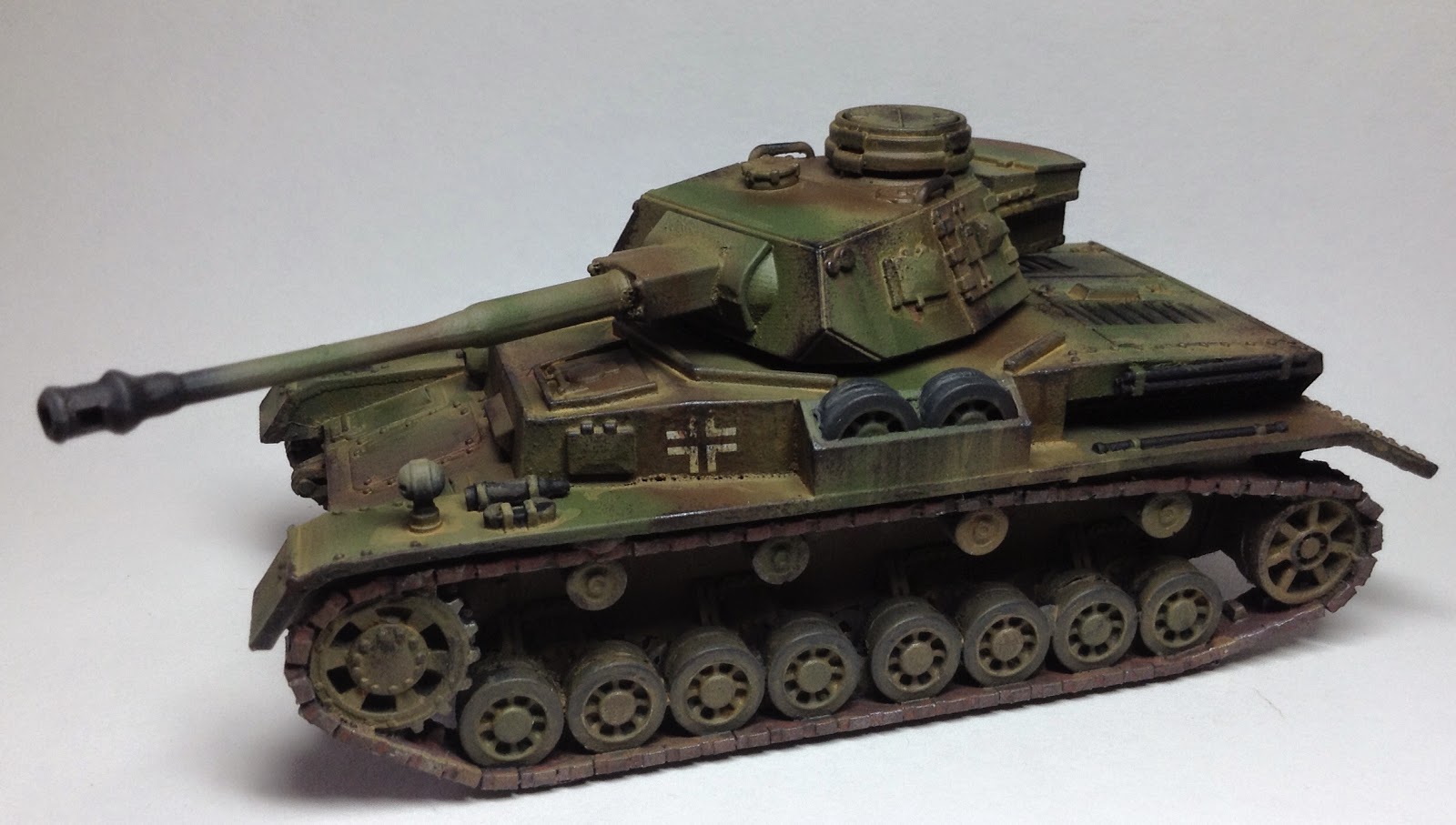 Finally, if all of that isn't enough to deal with those pesky Russian tanks, we can bring out the big guns. The 88mm Flak 36 Dual Purpose AA/AT Gun 'The Eighty-Eight'. This was designed as an heavy anti-aircraft gun, but some clever sausage (Rommel) figured out that, if this gun could fire a shell up to 20,000 feet and blow a heavy bomber out of the sky, that it might be pretty good against tanks. He was right, it goes through most armour like a high velocity, tungsten cored, AT shell through a Fiat Panda. Just ask Jeff what happened to his lovely KV-1. 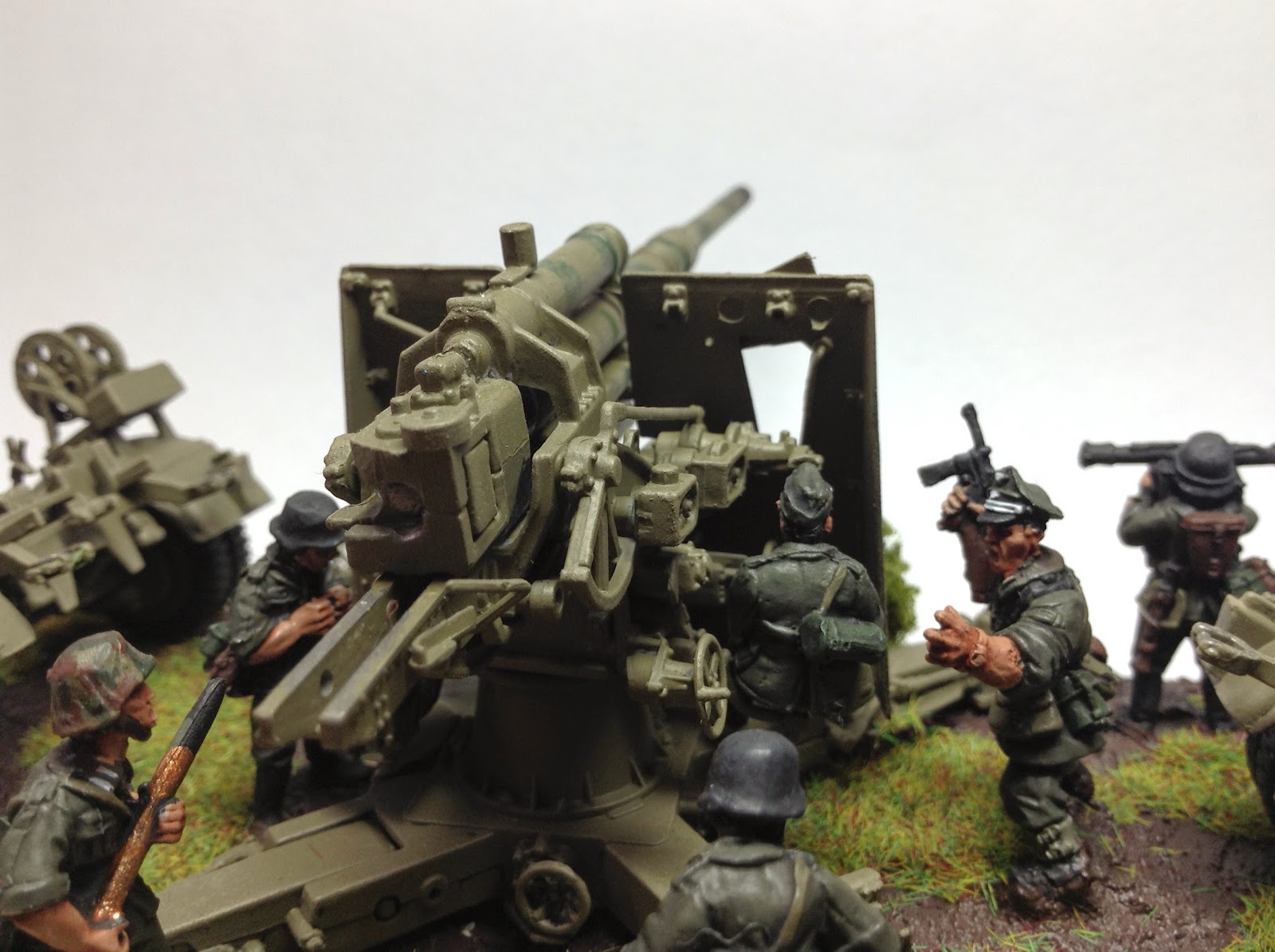 That is all for now, I hope you enjoy the pretty. I'm open to any and all questions about the painting of these. Let me know what you want to know!