By Maisey October 08, 2017
Maisey: 2017 was going to be year of finishing things. For the most part that has been true. Looking back at my to do list from the beginning of the year and this is what I have actually managed to get done.

Vampire Counts - This was meant to be a tidy up and finishing thing. Sorting out all those little bits and bobs. I’ve not actually started anything here, in fact I totally failed and ended up buying some more models. In my defence, I picked them up off a friend and it was a time limited offer, so I jumped on it. Also, we’ve not actually been playing fantasy at all, so if something is going to get bumped down the priority list it’s going to be the thing that isn’t being played.

Empire. Ok, this one shouldn’t have been there in the first place. All the models I had for the army were painted and it was just my need to fill up the carry case. Also I HAVE NEVER USED THIS ARMY. So why it was on the list in the first place I don’t know, so I think we can discount this one. Honestly, since this one has never been used maybe it should go up for sale to make room/funds for something else?

Tyranids. These has been sold/donated to Em as she was far more interested than I was about doing some ‘nids. So that’s another one I don’t need to worry about.

Bolt Action DAK. Ah the Afrika Korp, I did start building them, then 40k 8th Ed came along and the priorities got changed around. So they are still there, but a lower priority. 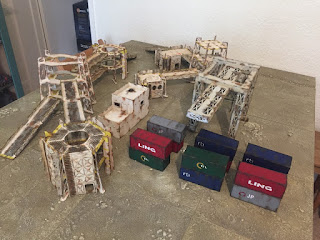 Right, now here is the confessional bit. This is where I have utterly failed to stick to the plan, or at least have tricked and misdirected myself into believing that I can get new stuff ‘to finish a project’ when there is no need. THIS IS MY LIST OF SHAME 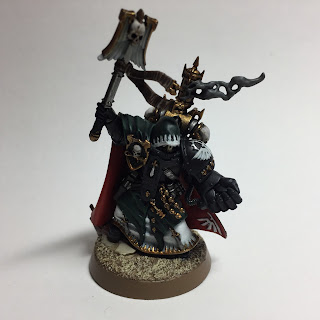 I really shouldn’t be too down on myself. Looking back I’ve completed a load of little things, a new 40k army in 9 months, as well as A GAMING BOARD AND THREE TABLES WORTH OF SCENERY. So a significant chunk of stuff has been finished off. However, I’m one of these people who seem to hate themselves and have never done enough, or gotten things right. So sitting down and reflecting on what I have managed to complete to keep things in perspective. 2017 has been a good year for finishing things and there is still lots of year left for getting more ticked off the list. 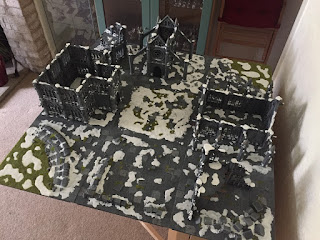 As I mentioned above with the Thousand Sons and Vampires. When you are actively gaming with a collection you naturally end up thinking about what you were lacking in the last game, what you want more off, or just having it in the front of your mind that leads you to wanting the new things. With the Vampire, we’ve not been playing fantasy so they have gone completely unattended. Even with the occasional glance at the to do list and mentally telling myself that I should get on with them. Without the gaming there is no impetus to do it. The inverse is true with the Thousand Sons. I’ve been gaming with them, so the need to get new things for the project is somewhat overwhelming and using the little lie that I need a pair of helbrutes to get the project finished I’ve justified to myself the buying of new things. This has gone against the idea for this year, which I’ll apologise for. What I won’t apologise for is enjoying my hobby, and if having a blob of 30 cultists in with my Thousand Sons means I enjoy my hobby and my gaming more, then so be it. The getting things done plan came from a place where we didn’t have an aim or direction. The new edition of 40k has lit a fire under us and we’ve started gaming, putting together narrative campaigns, and generally enjoying our hobby again. So I don’t see the harm in changing the plan now that the situation has changed. 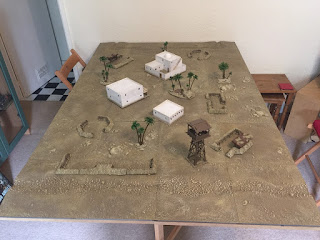