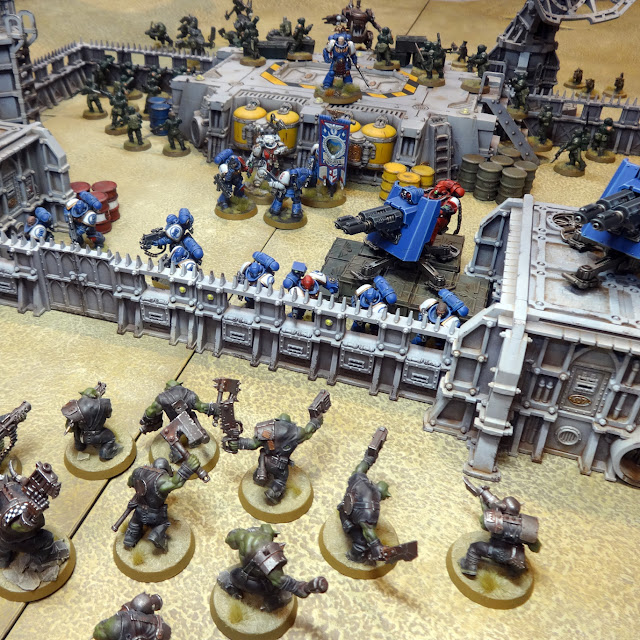 The Battlezone Fronteris: Nachmund box spoke to me. "I could be a forward operating base for your space marines," it said. A credit card fuge immediately followed.
Look, I know space marine FOBs are supposed to be brightly coloured lego bricks that fall from the sky, but this felt like a good fit for basic, prefab structures that (a) have narratively useful self-contained objectives and (b) could also fit other contexts, making it more multi-use. Which, given the price of GW terrain, is kind of a must.
If you're wondering about whether you, too, would like this terrain in your life, this post will endeavour to offer some useful information.
Painting
I'm not going to go over how I painted these here, since I've written that up for Goonhammer (it's not up as I write this, as it's waiting for the other two authors to do their bits). The TLDR is that I primed them in a dark brown (TT Combat's Laser Cut Brown), then zenithal sprayed them a light grey (Citadel's Grey Seer). After that, some quick detailing and sponge chipping, then finally some time-consuming work with thinned Army Painter Dirt Spatter to make it look more lived-in.
Scale - how does Fronteris stuff scale with normal humans and bigger minis like Astartes?
It's well-judged. The firing ports in the stockade walls, and the windows of the habitation buildings, are just about low enough that most Cadian plastic minis' guns can be fired through them, and tall enough that intercessors can aim and fire their bolt rifles too. 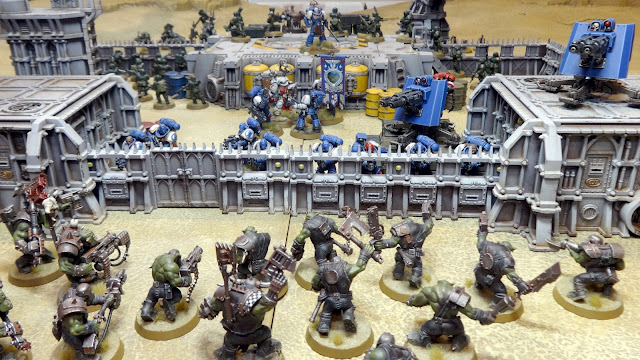 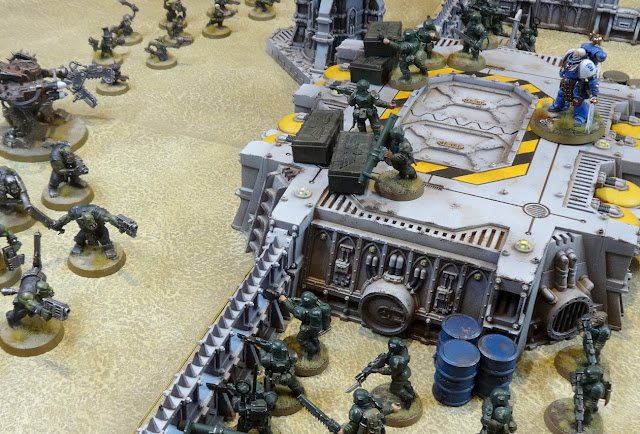 Arguably the one issue with scale comes with the 'landing pad.' The steps have been designed so that you can slide a model's base through them, allowing you to have minis partway up the stairs (useful) but at the cost of the stairs looking somewhat out of scale. I imagine this will bother the crap out of some people, and leave others shrugging indifferently. Overall I like the functionality.
The only other scale issue is that the landing pad is waaaay too small for most aircraft GW sell. Maybe an arvus lighter could manage it, but not much else. I'm actually thinking of it as a silo. Could be a fuel dump, a missile silo, or a supply depot. Way more flexible, and offers a clear reason to be fighting over it.
How much of a battlefield can you cover with this box?
Depends how how spaced out you are, but if you make a base with a contiguous perimeter like you see in the photos in this post, you're looking at 20"x26". That's pretty dense, though, and obviously has been set up for narrative logic rather than maximum coverage. It's definitely not a large battlefield in a box, but to be fair I wouldn't expect one at this price point. 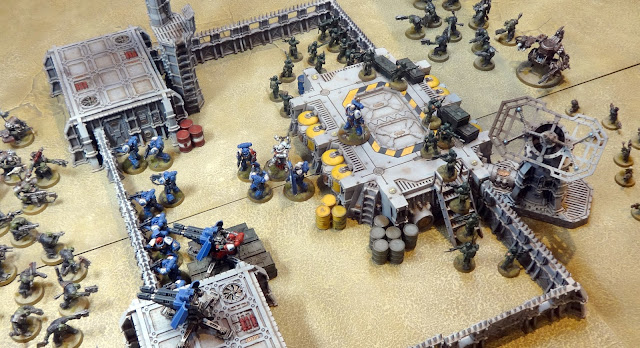 What's the discount like?
It works out at about a 40% discount over buying the contents separately. I'd argue this is because the separate parts are wildly overpriced, but this discount does at least make it a tenable amount of terrain for what you're spending, particularly if you can get it at a discount (I bought from darksphere.co.uk).
In-game use: LOS blocking, and objectives
Most of these buildings will block LOS if, like me, you use the window shutters along one side of the building. I did this so that the walls facing the outside of my FOB would keep out stray bullets. The buildings won't block LOS for taller minis, but you can stack the hab atop the landing pad to get a 5" tall structure that will block almost everyone's LOS. 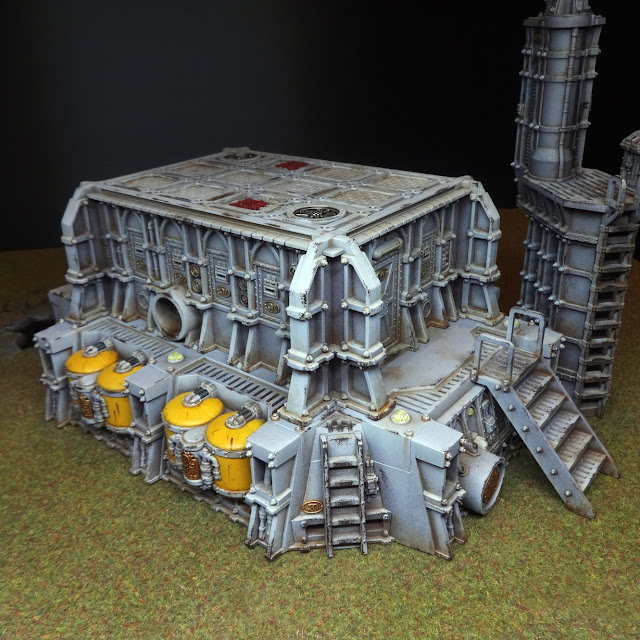 The radar dish and radio mast are there to be immersive objectives rather than terrain you interact with much. As a narrative player I'm 100% fine with that. Their footprints are about twice the size of a standard objective marker, and I give zero shits on that score. 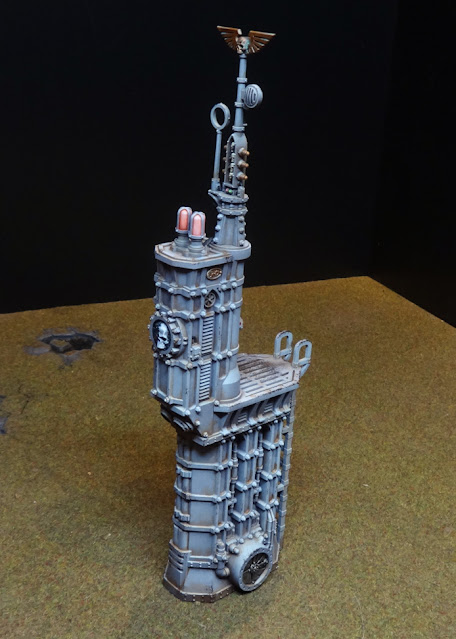 TLDR review
In conclusion: yes.
The utilitarian aesthetic, the lack of skulls, the manageable levels of detail. Also the use of universal pipe connections so you can link it up to other bits of terrain. Can't wait to get some games on this stuff and/or defend it from marauding enemies of the Imperium.
Plans for expanding the base
I'd like more stockade walls to enlarge the perimeter, such that I could fit cargo containers and the like inside the base. Luckily, Jeff's planning to buy this kit for civilian stuff, and therefore doesn't want the walls. Ideal!