Well, it started off kinda busy, with a massive painting effort to get my Dark Angels up to 2k for the Nerd Thunder event. Then I went a bit further with them, and they ended the year at a respectable 2.4K of stuff. Which isn't too bad since I haven't touched them since March. The middle of the year was a bit of a hobby drought for me. There was some mild flings with Dark Eldar (I really shouldn't have painted them yellow) and some more Space Marines (I think I've had my fill of power armour, for now) but neither really took off for me and have been shelved. 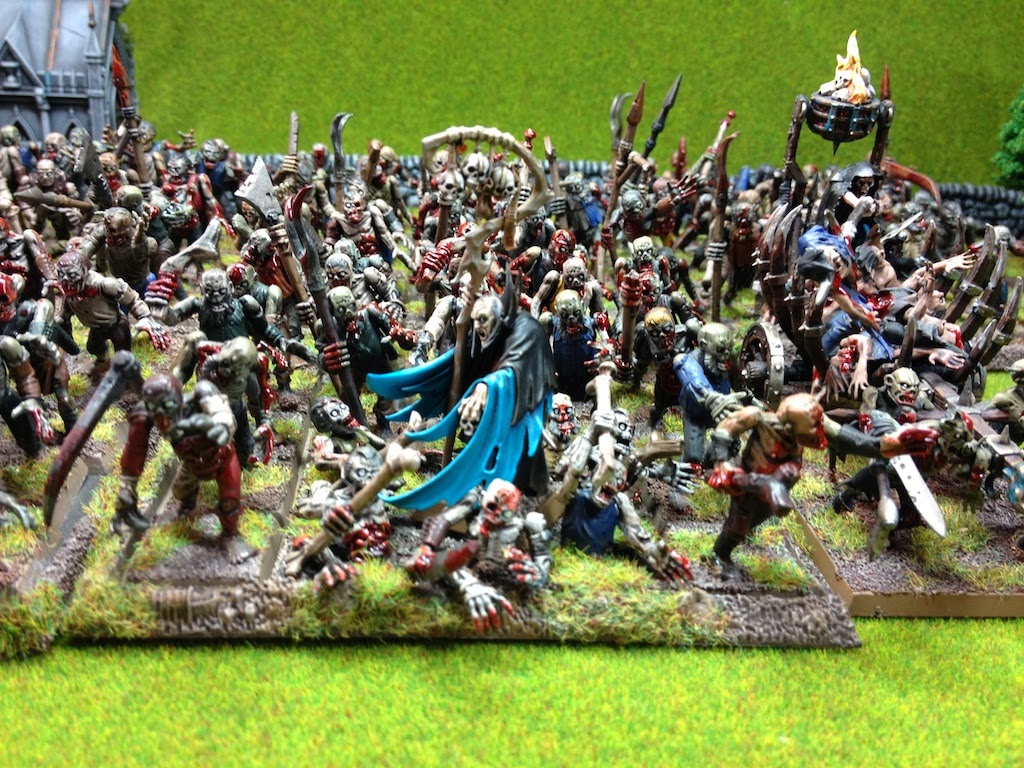 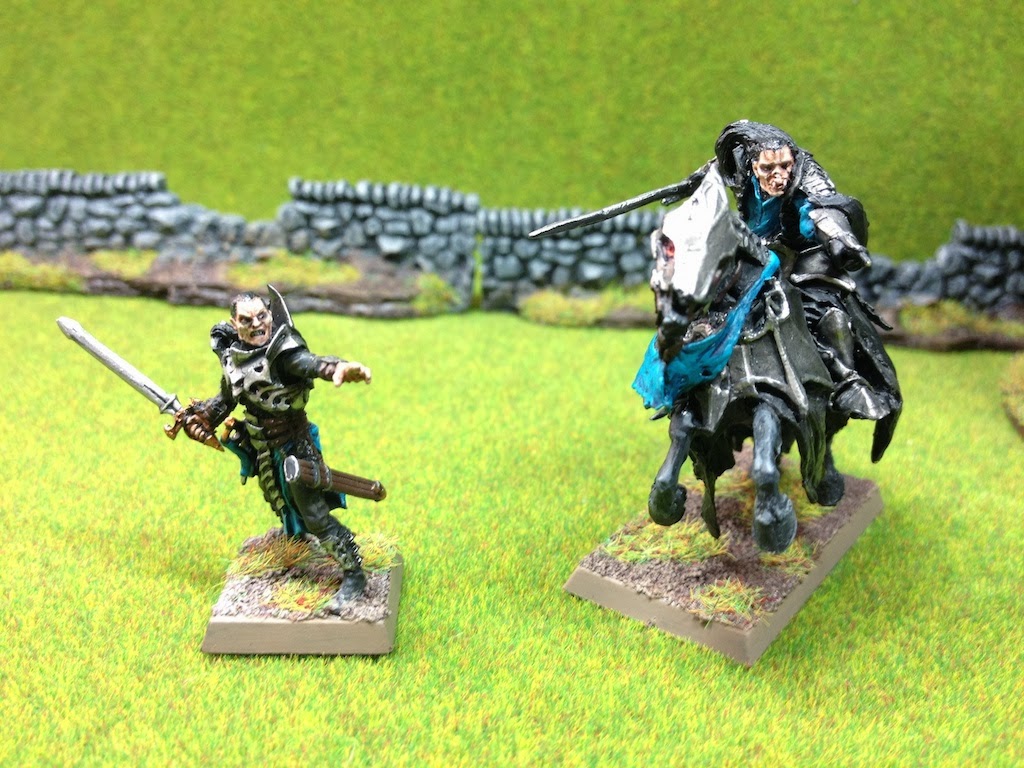 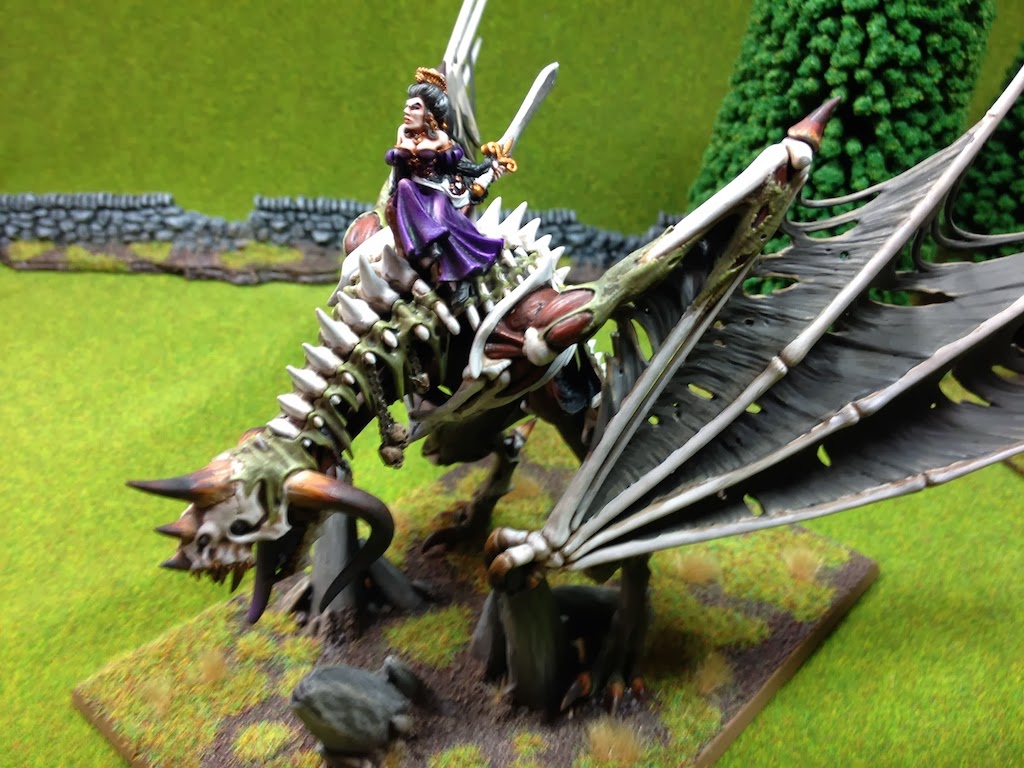 The Vampires, well we all know that they have been growing fairly fast and the back end of the year I kicked back into gear. I managed to actually finish off a bunch of units and gather in the next lot of dead things. I finished the year at a tasty 4.5k of Vampires. 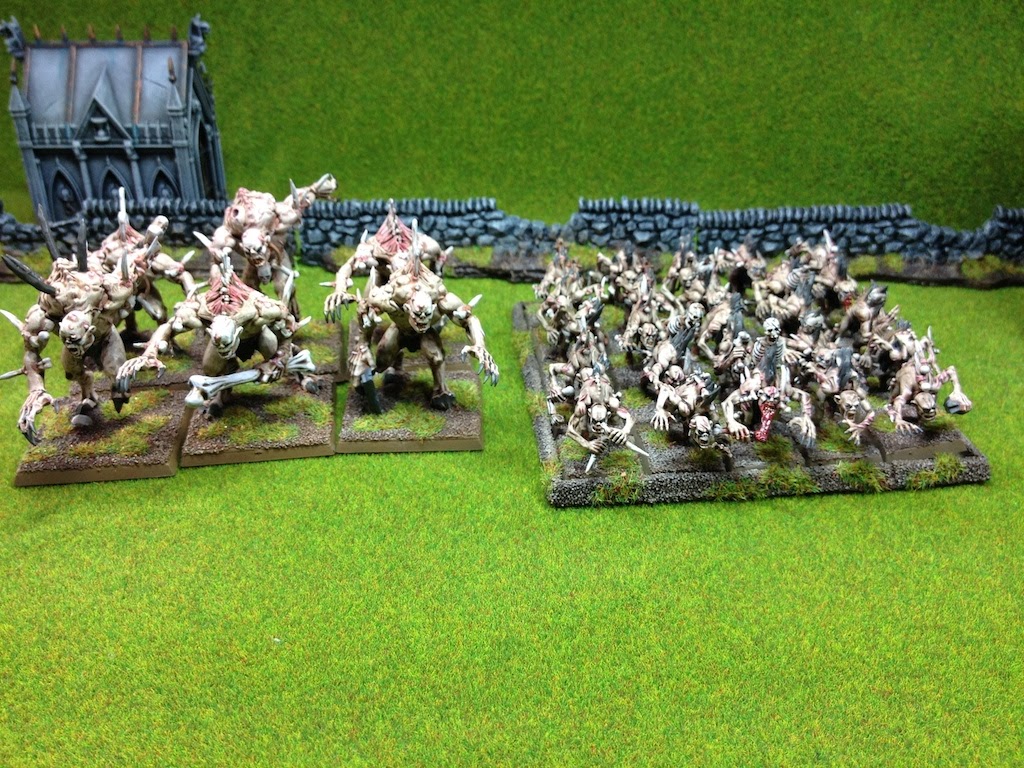 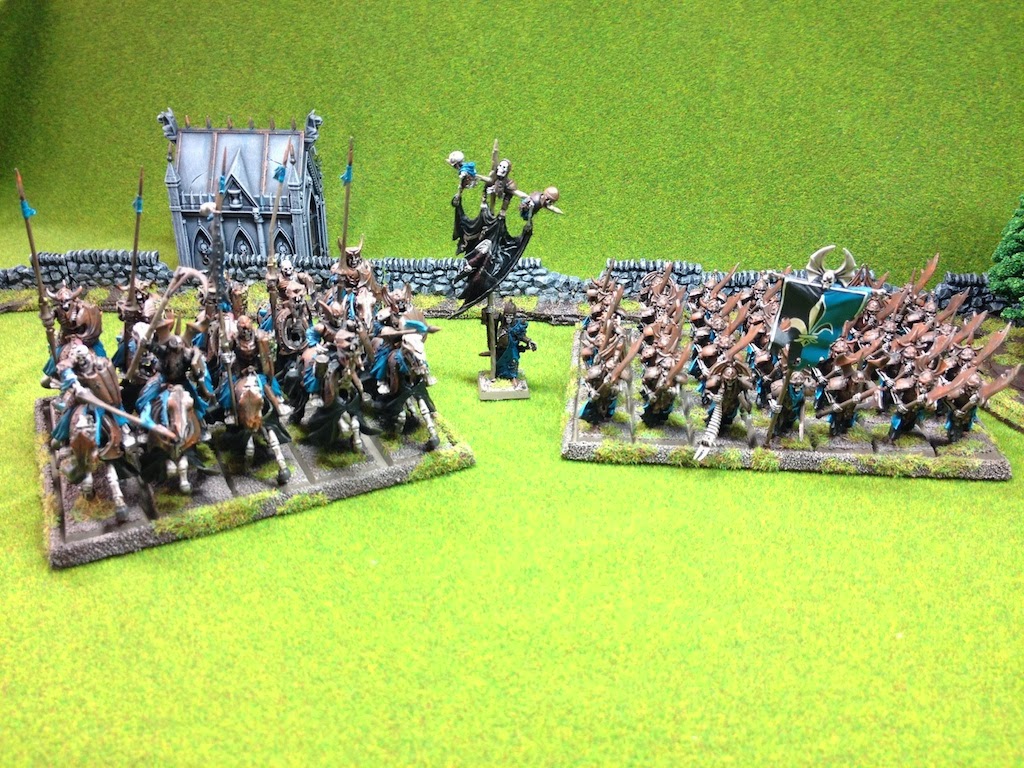 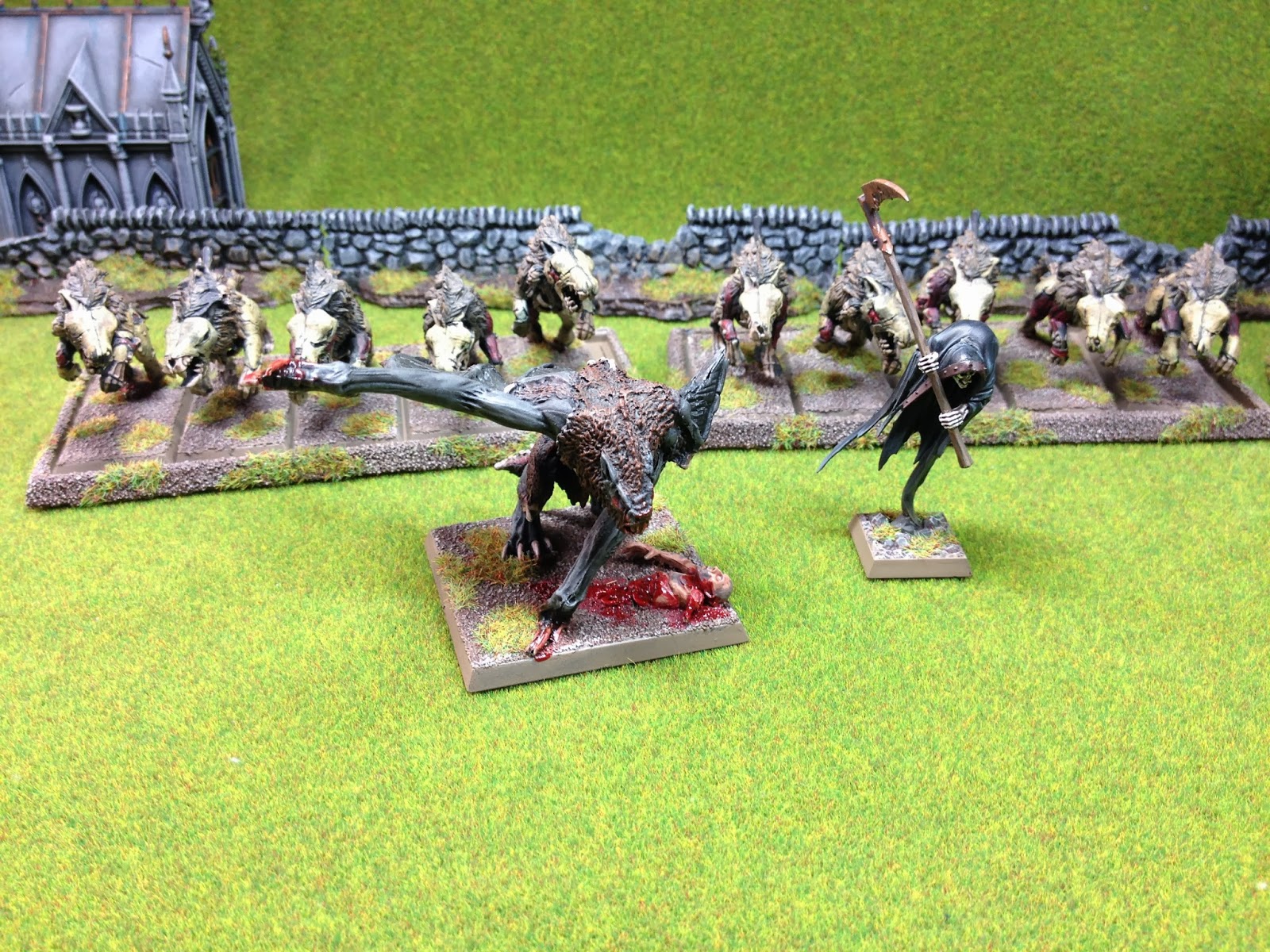 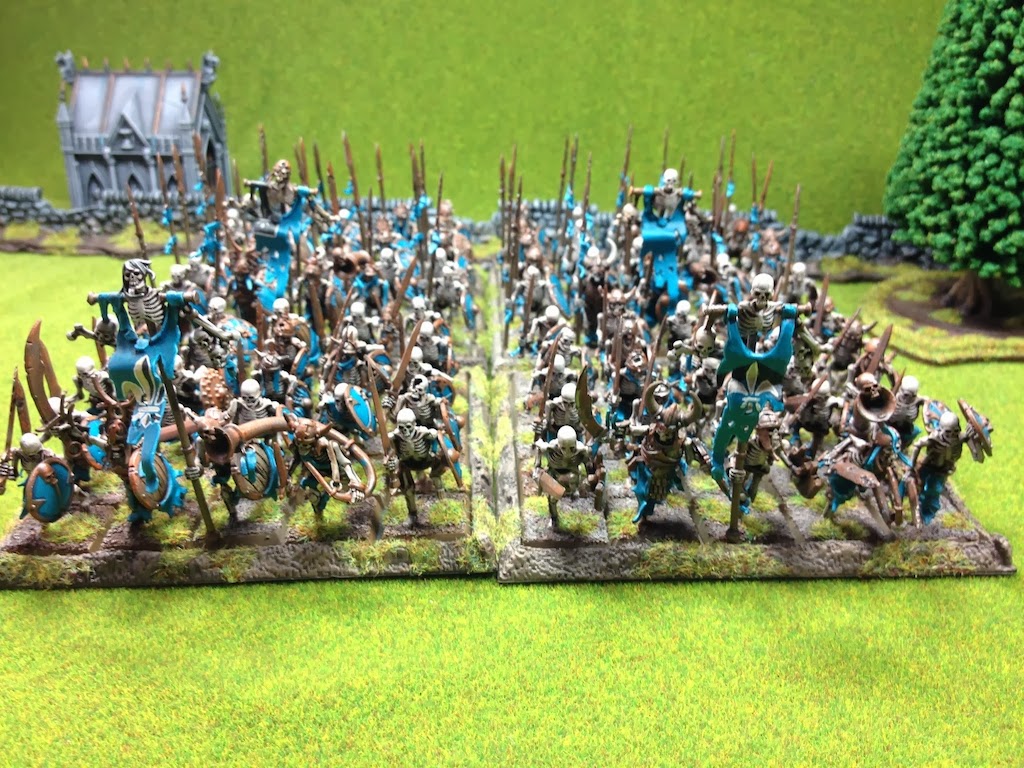 Also, I've managed to churn out 500pts of German Bolt Action troops as well. These being Heer Grenadiers. 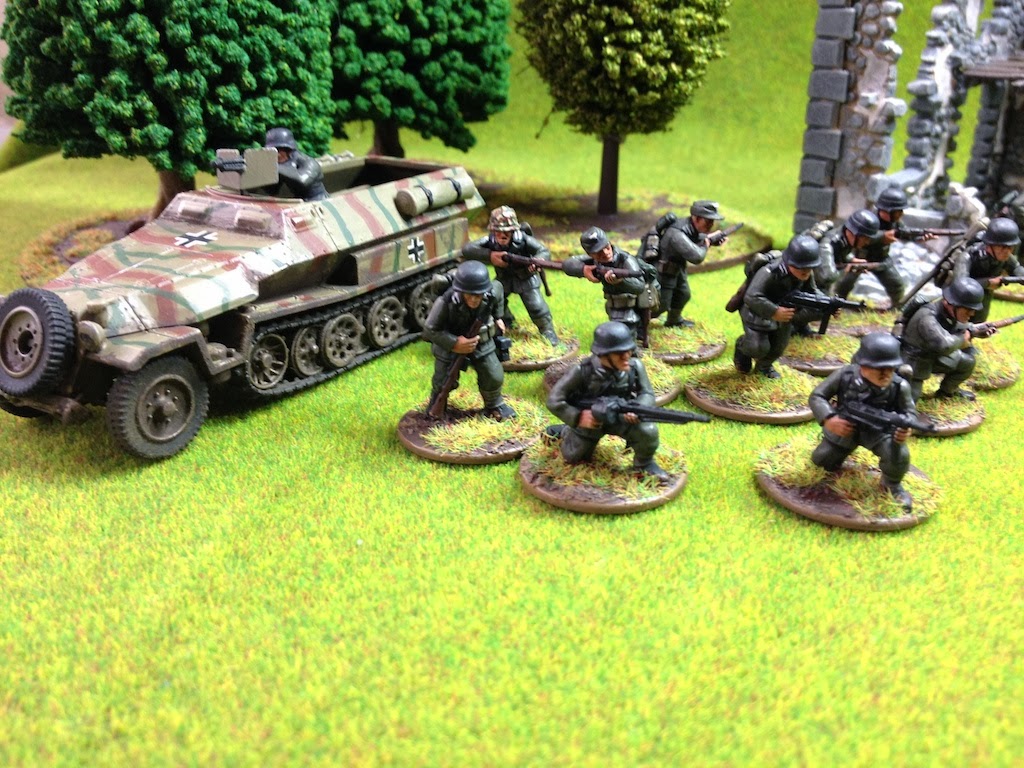 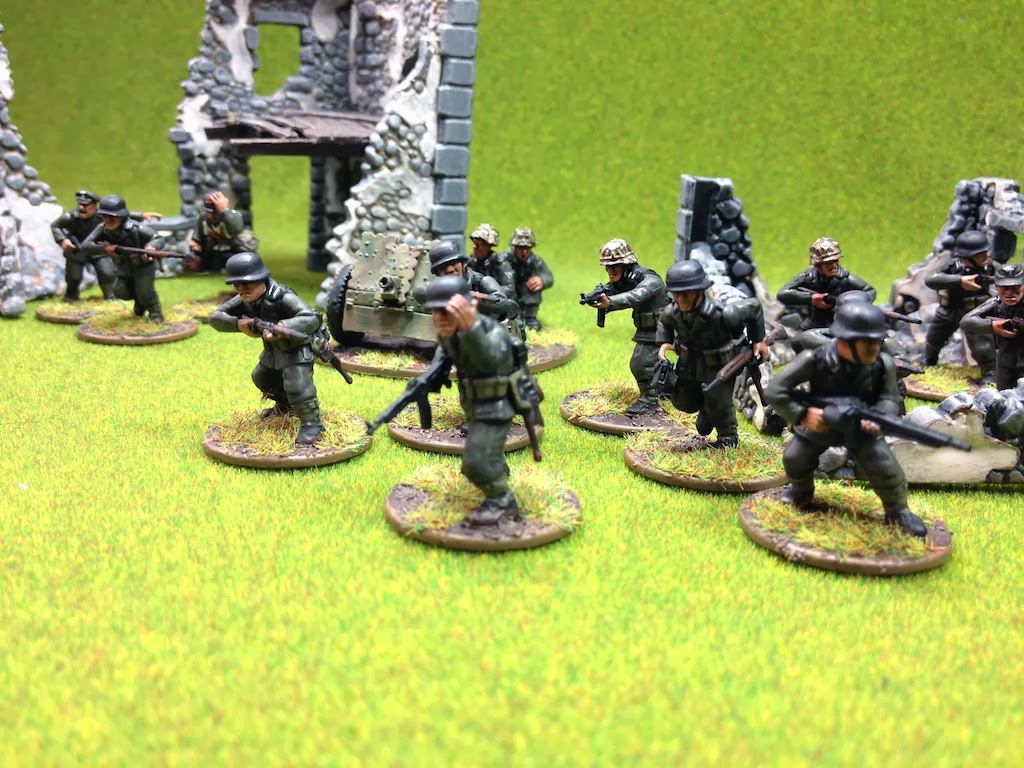 Since Neither the Dark Angels or Vampires existed when we started this blog I'm really impressed with myself that I've managed to paint nearly 7k of models in 24 months without getting too distracted. They don't look too bad either.

Looking forward to 2014, well there is certainly going to be more Vampires on the menu, and a secondary Fantasy project involving Ogres (more on that later). The Bolt Action is certainly going to get some more love and I've got the next 500pts for Heer planned, and I know I want to do 500pts of Fallschirmjägers (Paratroopers for those who's German is rusty) at some point soon. As for 40k, well the butterfly still hasn't landed on anything that grabs me by the lapels and screams PAINT ME!!!... I'm sure something will turn up. I hear rumours that the Imperial Guard get a new book this year.

2013 kicked off for me with the Campaign week of awesomeness and mucho gaming. For this I had been feaverishly painting all the Dwarfs ever. 2012 had been dominated by the stunty beard wearers and so was the opening few months of 2013, rangers, miners and artillery. As campaign week hit I finally had the entire plan that I started in June of the previous year finished. Ahhhh.

After the campaign week we were kinda casting around for the Next Big Thing. We posited some sort of Dark Eldar multi-user mashup, none of us really got to grips with that. Then I got very, very excited about Inq28.

But that didn't go anywhere really either, eventually we realised that the Next Big Thing was going to be playing with the results of the Last Big Thing! We've done tons of warhammer gaming and a fair number of more roleplay style sessions helping to cement characters and build the world we inhabit. Of course, me being me, I couldn't let it be just that so into the campaign world strode Rhagat king of all the goblins: 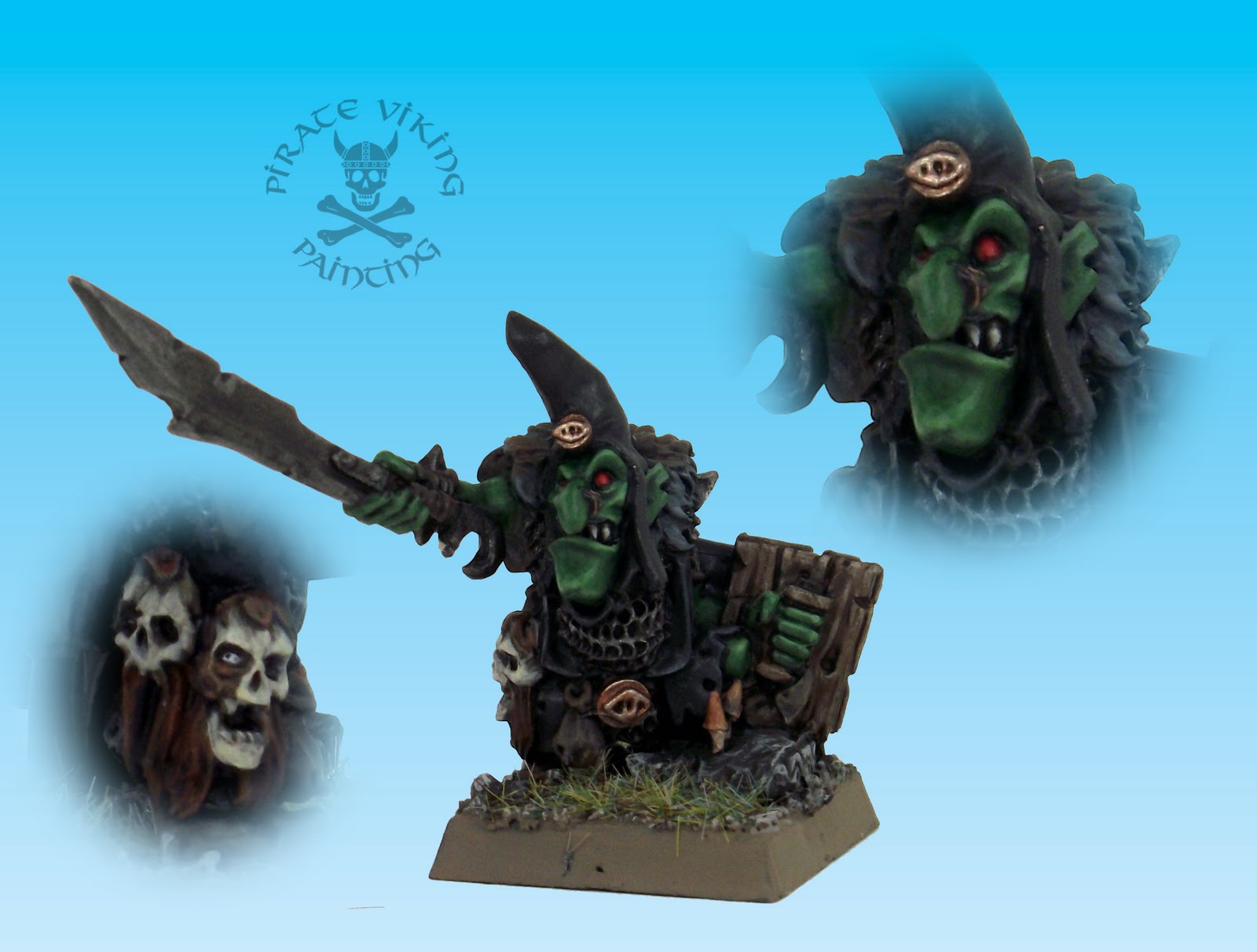 (just don't let them know that's what he thinks of himself as, we'll have trouble with Skarsnik...). His horde has grown considerably over the year and is teetering on the edge of completion. Hopefully I'll be able to complete it before gobbo fatigue shuts the project down. 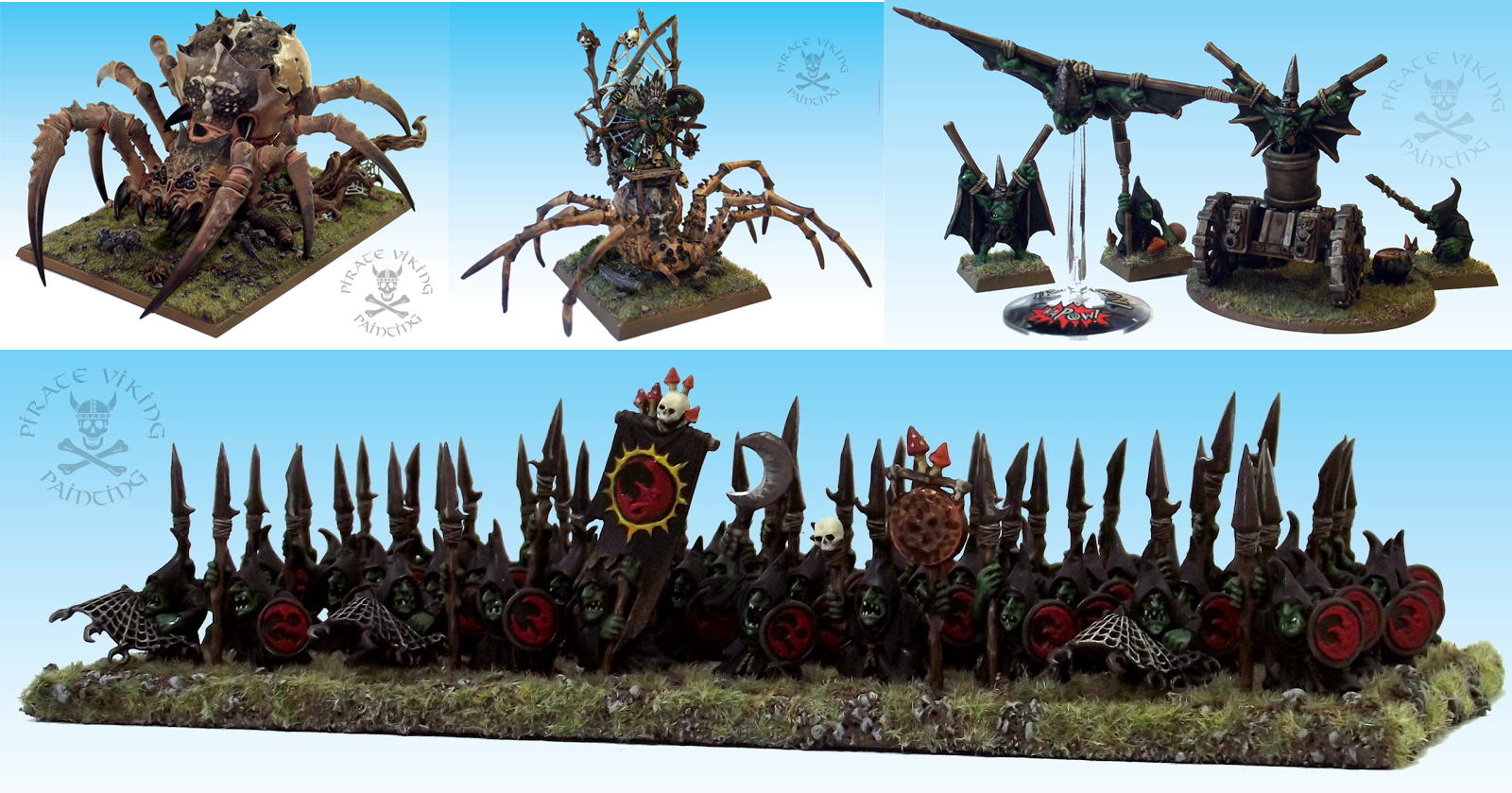 Toward the end of the year I was fooling around with Dwarfs again, building new characters to expand the army and waiting for the rumoured new army book just around the corner before I go any more stunty crazed! This is definately going to be part of 2014's mission. 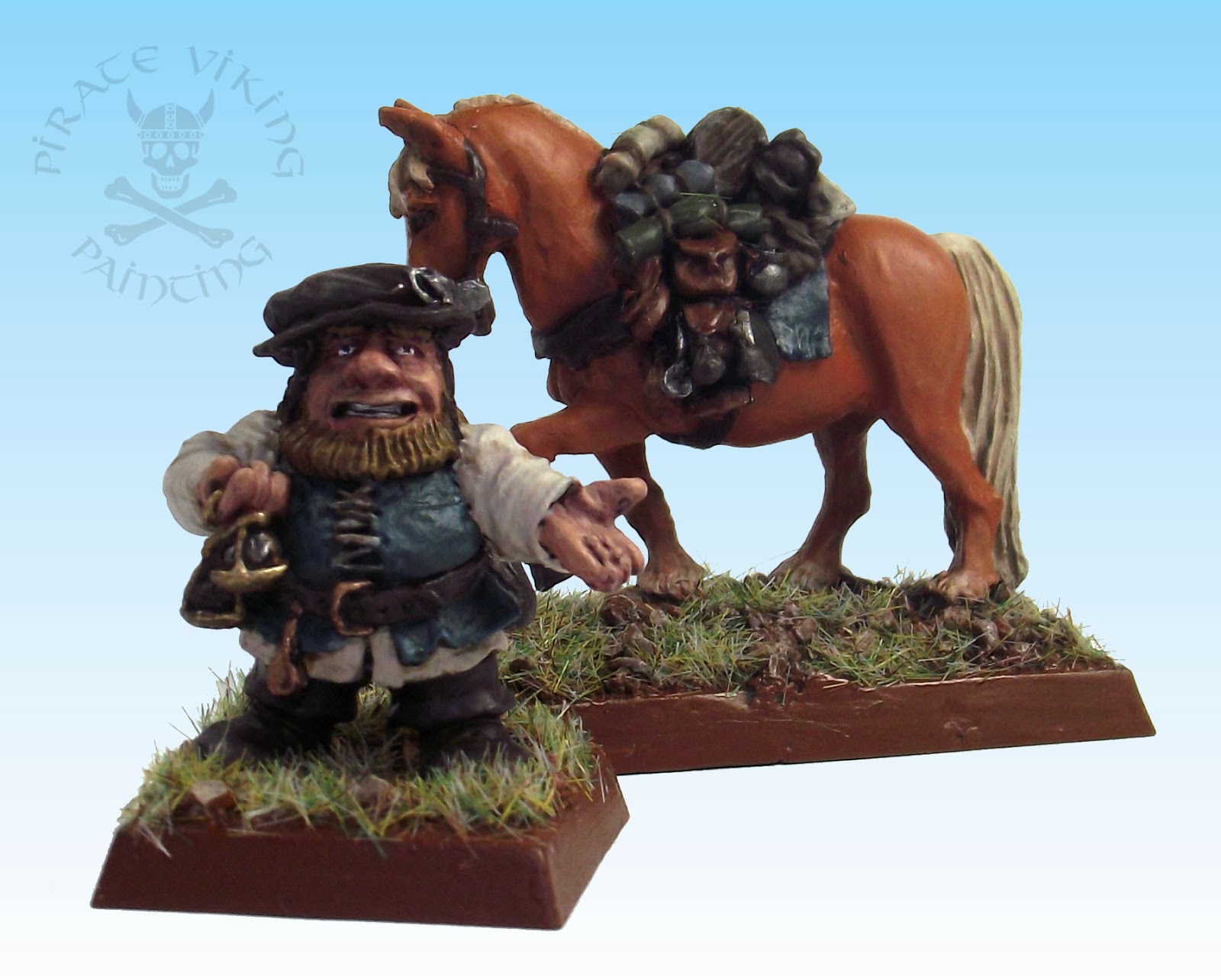 So, 2014 then? What's in it for me? Well, a lot of upheval for one, I still don't know exactly what the year holds employment/college wise so it is difficult to make too many real plans. That leaves lots of time for wurbling about hobby plans as distraction, huzzah! Amongst the schemes rattling around in my head. Well, first, the Night Gobbos really don't have many more to do before the original workometer is complete. I've got some expansion ideas (ALL HAIL TOADSQUIG) but I really want to get the solid core of the army done and dusted. That does mean painting 10 more bleedin' spiders but I shall head down and power through it. I'll likely finish the Grey Knights too as they were always designed as a small allied army and will be useful when we get a 40k yen back.

Next, well, there's allegedly a new Dwarf book on the horizon, I think the likelihood of new core troops is somewhere between slim and none so I'll still be in my warrior quandry but doughtless there will be some new shinies and reorganising to be done. There's plenty of Dwarf yet to paint. My addiction over the years means that well ain't going to run dry soon...There will certainly be more characters and the Stormborne Impossible Mission Force - Stromni's gang of mad-hard rangers that have been used as somewhere between the SAS and James Bond in the roleplay sessions.

But what of the new. this is me! Captain Butterfly Brain! There must be some new on the horizon! Well, there is, firstly, Maisey introduced me to Bolt Action and I thought it a splendid little game. Cheap too, so I'm dipping my toe into the frosty waters of the Red Army. I've got the best part of 500 points almost painted and I'll see if it goes further than that. Next, another new Warhammer army I think. This time, the Dark Elves. I've loved 'em for a long time and they've finally, finally fixed the core troop models. I'll be doing some test painting to check that they are a go-er but I suspect that the tiny numbers involved (seriously, 1000 points is not even one of my gobbo archer units and a horde...) might make it a real possibility.