Not a massive amount to say this week, so I've taken a lot of photos instead. 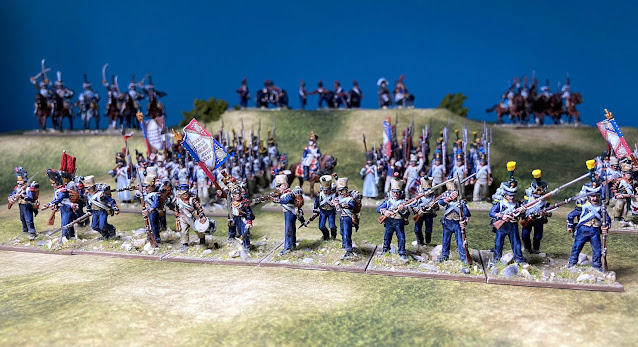 I've managed to find a bit of time off work and threw myself into finishing off my Napoleonics to-do pile. In a week I chunked through two half finished light infantry units, and a full battalion of line.

This brings me up to having the bare minimum for playing some Black Powder! Yes, Black Powder, and Napoleonics in general is massive in scale and the forces used where huge. Which looks amazing on the tabletop but is a daunting task to paint. 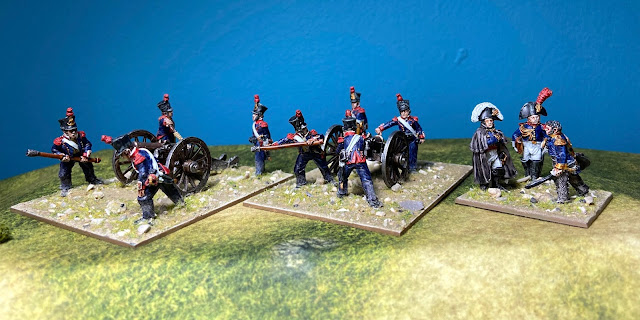 To add a little perspective what I have here is an Infantry brigade of four battalions + command. It also has an attached artillery battery and some Hussars (for giggles). This amounts to about 250pts. To quote the Black Powder rulebook "in a typical encounter battle, we’ll have three players on each side with each player controlling a brigade. A brigade might typically be four infantry battalions, a gun, and two cavalry regiments together with a commander. this is purely an example and is given in order to give the reader an idea of the size and type of forces we might use in a typical game." 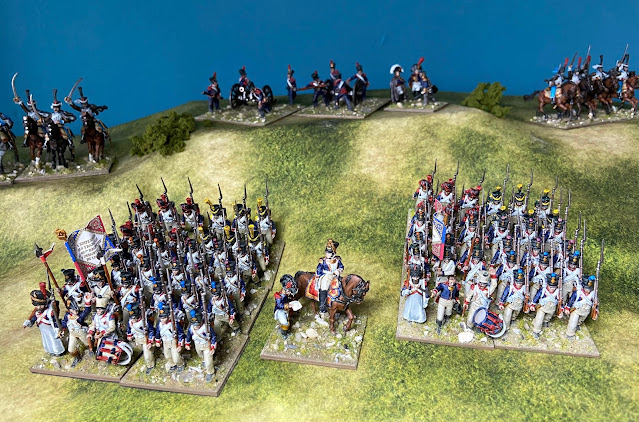 All of these where painted using contrast paints (plus a few regular paints for some highlights) to keep things speedy. 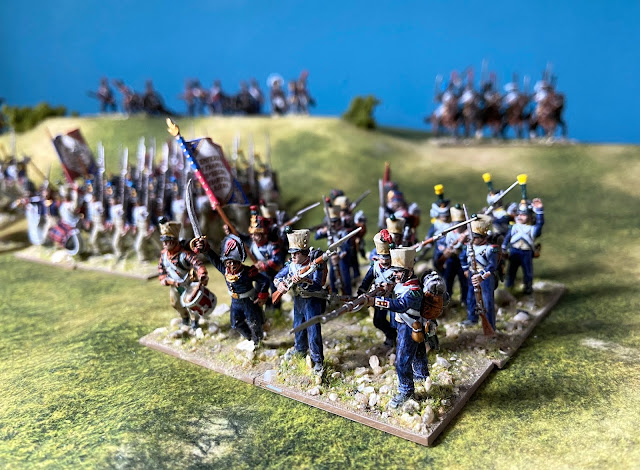 What I would like to do next, and what I've already started is to make a similarly sized British force so we can actually play some games! Crazy right? I currently have a battalion of British redcoats on the work bench and Emma is insisting on painting a regiment of the Scot's Grays. Just because she wants a lot of gray ponies running around, and I for one won't stop her. 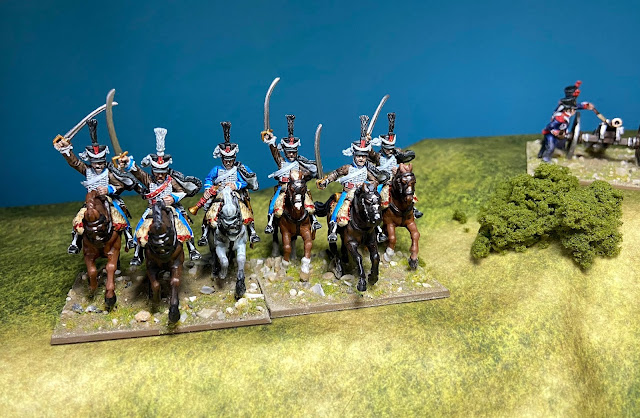 I also have started peeking down the rabbit hole of small scale Napoleonics. Yup, I'm going to do some 6mm stuff. This is to statify the need to see huge lines of infantry, sweeping cavalry formations, and massive gun batteries, all without needing the NEC to play in.

I'm going to leave you with a dump of photos of each units. Just because... 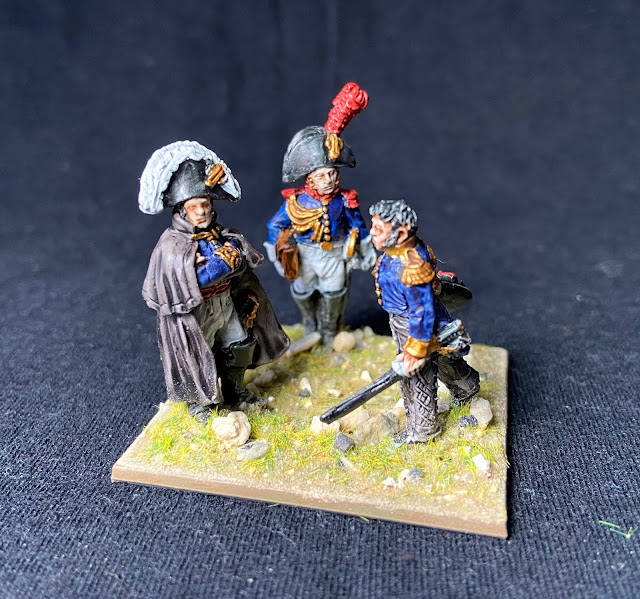 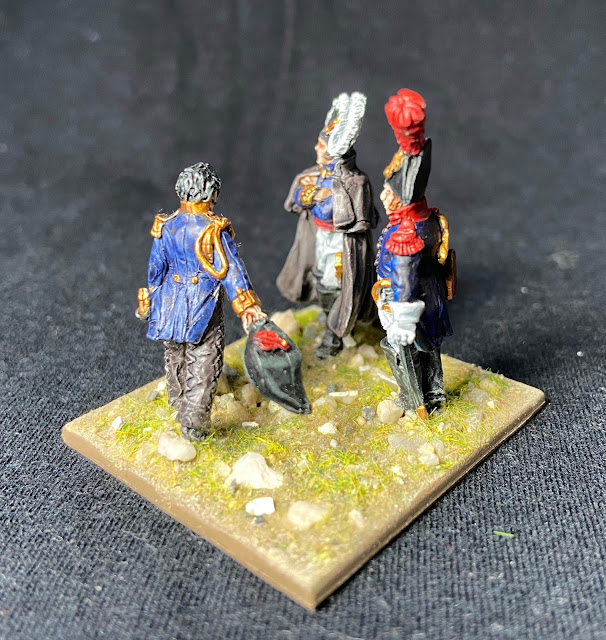 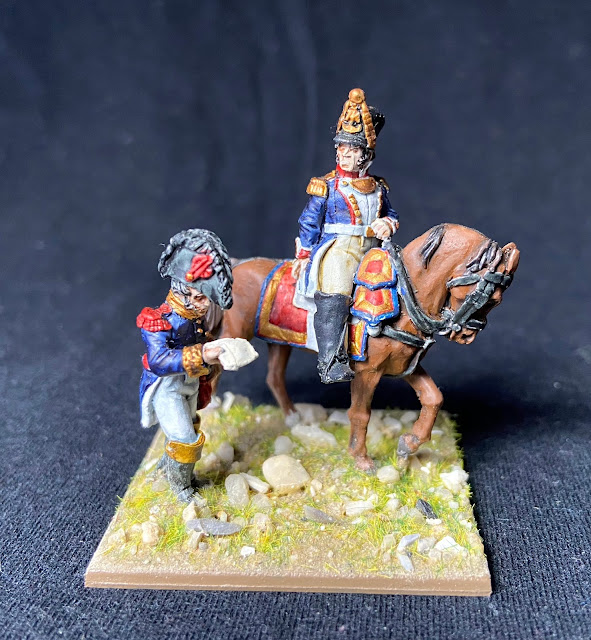 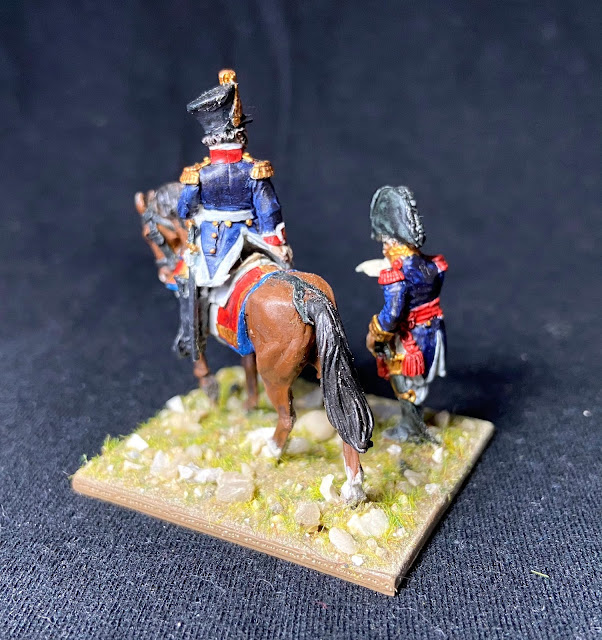 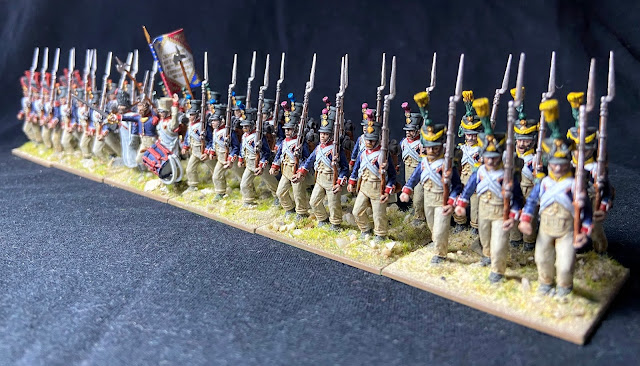 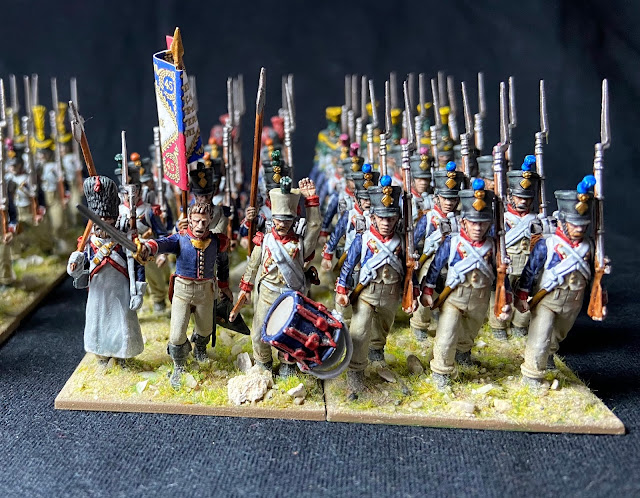 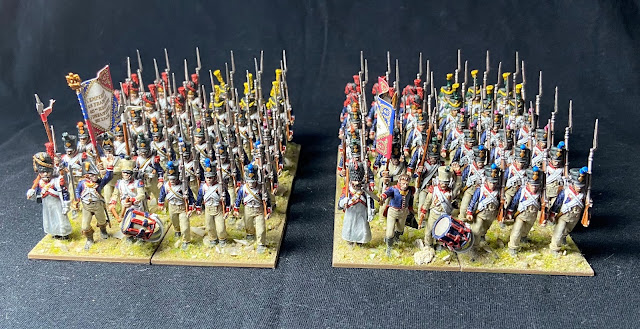 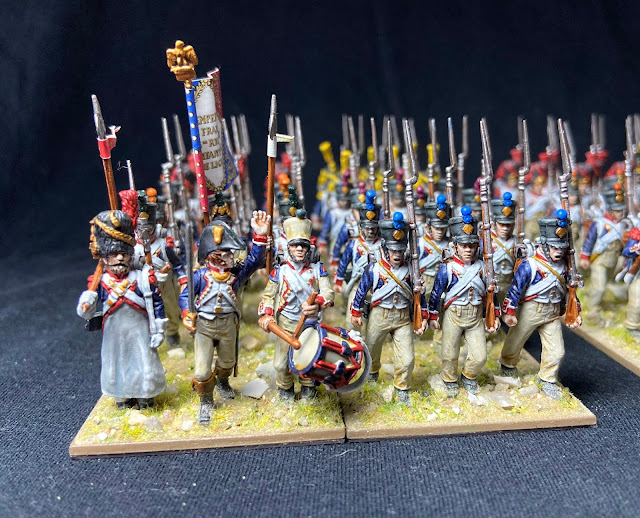 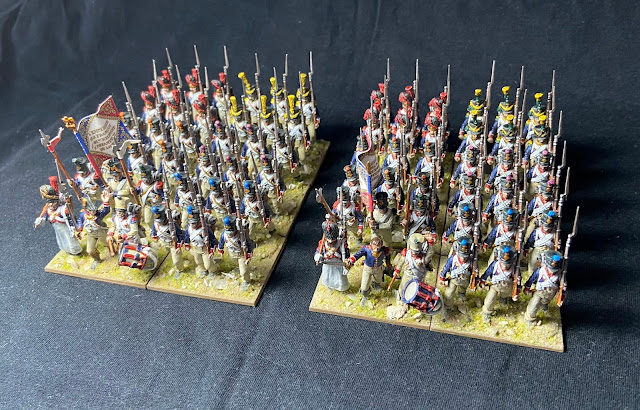 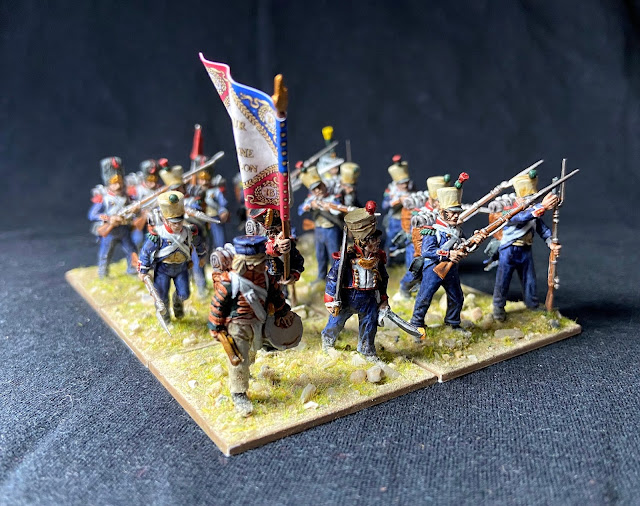 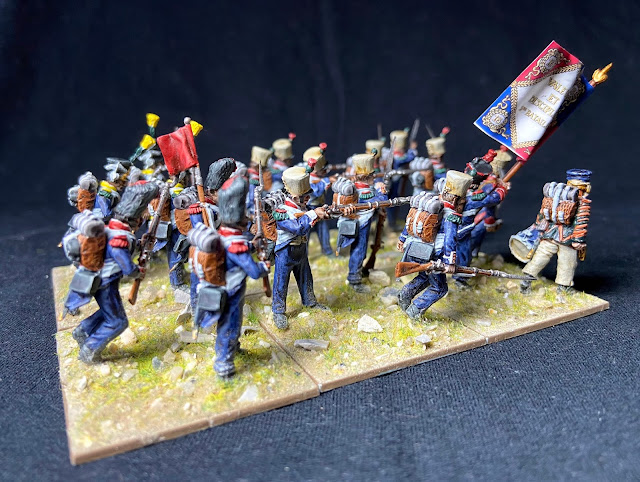 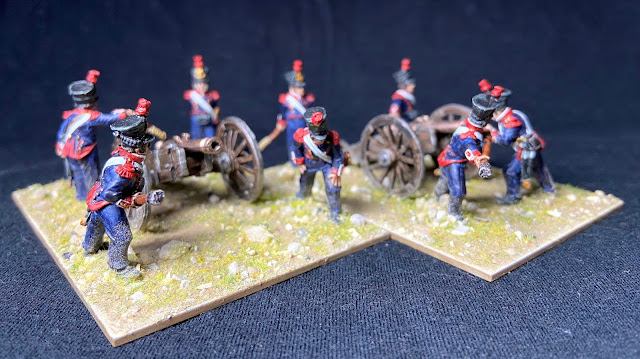 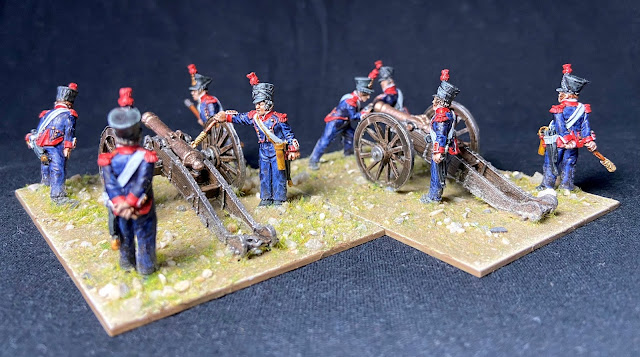 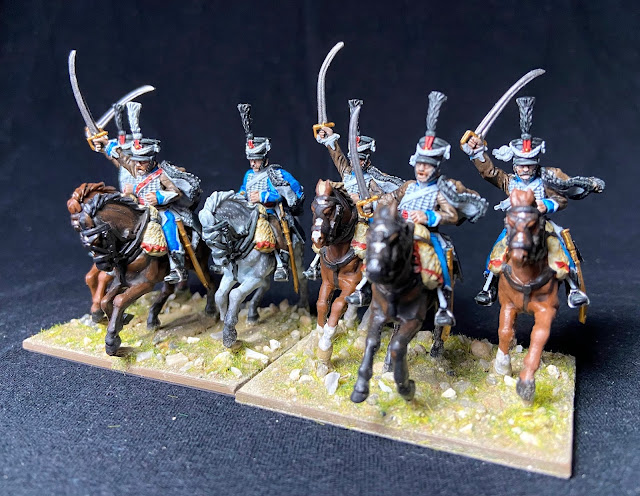