General Geekery - An introduction to LARPing

By Jeff May 04, 2012
Greetings all, sorry for neglecting the blog of late but that pesky RealLife (TM) has gotten firmly in the way. I am moving to a new lair in the next two weeks so sadly a brief communications blackout is pretty much inevitable. For today though (motivated by the fact that I am leaving for an event in about nine hours) I wanted to talk about one of my other hobbies. LARPing. 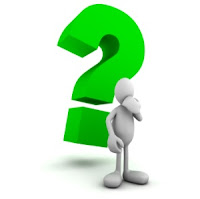 Now a fair few of you will be going "huh?". It's ok, I forgive you, this is a niche hobby within a niche hobby so frankly it is to be expected that precious few people have the faintest clue what it is. Hence this explanation in this den of geekery and esoteric pursuits! LARP stands for Live Action RolePlay (sometimes shortened to LRP but we like the "A" in there, who doesn't like action?) and is essentially an evolution of the tabletop roleplaying games like Dungeons and Dragons. Whereas tabletop games (which I love playing by the way) use dice and paper to create the game, LARP actually puts you in the game.

You dress as your character, speak as your character and fight as your character. Fight? Oh yeah, combat in LARP (at least my sort, there are others I'll do some more parts in the future) is "full-contact" using safe weapons. These are foam weapon replicas with a cabon fibre core for rigidity amd a painted latex skin for appearance and protection of the core. When used with a pulled blow they hurt way less than paintballing but a bit more than a pillow fight. Our system uses assigned hit points, if you get hit in a body part then you loose a hit point from it. Once you loose all the hit points then that part is crippled and can't be used. If the body is crippled then you go down!

At its core, LARPing is improvisational acting, we all did it as children when we played "pretend". It was once described to me as Free-form, Cross-country Pantomime. You interect with the other characters and the denizens and enemies of the campaign world in person as though you truly were the character. Our system has the characters come together to achieve some quest, the story is designed and driven by the Ref team (I'm one of them in our system). The Ref's manage the rules of the game and play the Non-player characters and evil types. We're aided in this by the crew, these are another group of people who choose to play the enemies in the world and help to tell the story. 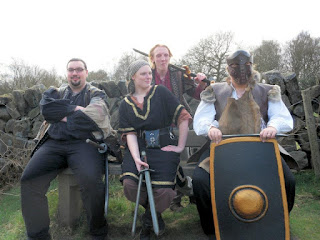 I'll go through more details in future parts to create a beginners guide to an entertaining and engaging hobby. People tend to have a bit of a down on LARPing as when it is good it is very very good but when it is bad it's embarressing. A lot of the bad stereotypes come from American LARPing by the way, the important thing is that you get out of LARPing what you put into it. The more effort you put into costume and performance, the more you buy into it, the better it is.

Anyway, I'll do more parts to this guide in the future but for now I have to go pack to spend a long weekend in the forest whacking people with rubber swords. Hurrah!