By Charlie February 26, 2014
Wow, this has to be the most exciting post ever placed upon the Beard Bunker. A review of spray paints? Ermagahd. Youtube and its legions of kittens have nothing on me. Nothing.

My foray into Army Painter’s primer sprays was brought about by the desire to pay less money than GW are currently asking for their primer spray. I find it hard to believe that the cost of manufacture has increased 50% in the last four years, but their price tag has. </bitter sarcasm>

Army painter spray: plus points
It’s cheaper, and they do a wider range of colours than Citadel.

Army painter spray: the drawbacks
The black is glossy. Not seriously glossy, but glossier than satin varnish. This means paint doesn’t stick to it very well. The process of drybrushing was actually rubbing paint off the model. This is a problem for a primer.

The green, while less glossy, had an inconsistent texture. Andy of Iron Legion fame is using their yellow spray for his 'nids, and whilst he’s happy with the results he’s getting, apparently the yellow spray can be a little runny. But hang on... runny? That’s a thing that spray paint can be?

Citadel spray: plus points
It works.

Draw whatever conclusions you want from that. Suffice to say I’ll carry on with Citadel until someone tells me about something of equal quality but superior value.

So anyway, once I settled on the Citadel green spray, I gave it a go on a tester model for the Imperial Guard army I’m sortof slowly starting: 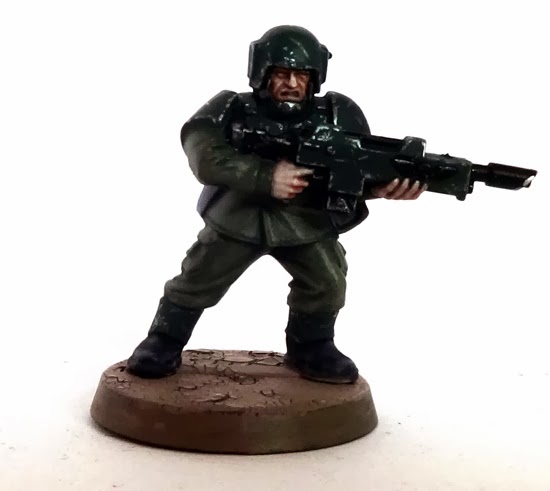 The armour and gun casing are literally just Caliban Green spray with some silver weathering, whilst the fatigues are easier to paint off a green base than black, funnily enough.

...in other news, a regular gaming night has started to take place in the Beard Bunker, with the attendant influx of new participants in the campaign. The Skaven in the image below were recently driven out of the Middle Mountains by the Stormbournes, and attempted to plunder Koerin in search of food. 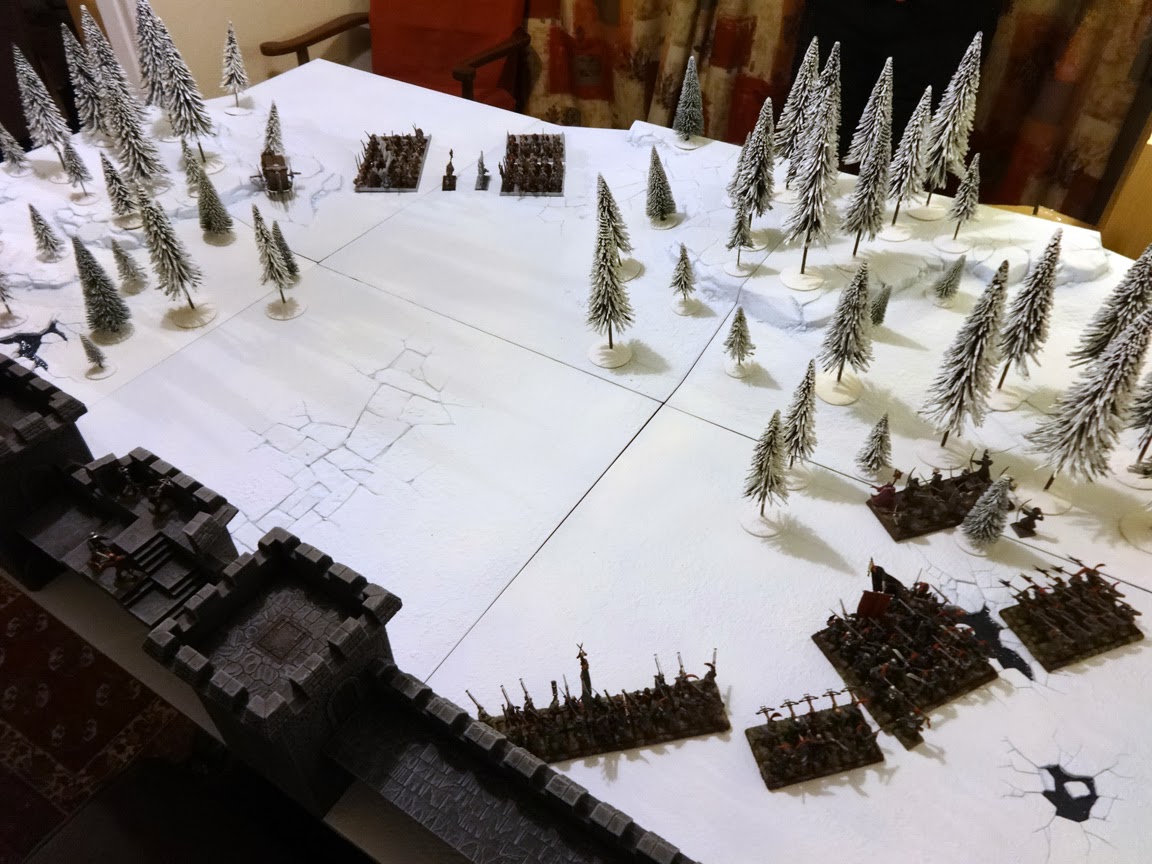 Since Cara Thiele was in my army, I figured she wasn’t going to muck about when defending her hometown. At least, that’s my excuse for riding rough-shod over Andy’s army, which was rather unsporting of me given that he’s new to Fantasy. Next time I’ll take him on with Skazzwuzzle’s lot – that way, no matter how hard I try, Andy should get to savour the sweet, sweet taste of victory, and I’ll laugh my ass off for a few hours.