Now, as you might be able to tell by the way the Beard Bunker produced half as many posts in 2014 as it did in 2012, I bought a pimp-ass PC. Woo spaceships woo. Now I’ve done very, very well at STARTING projects... just not so well with the finishing part. A few spearmen here, a few greatswords there. One thing that I have done, though, is to paint a new member of the Silver Drakes. Why have I done so? Because Erhard von Rüdiger is dead.

If anyone who’s been following our campaign is remotely interested in the how and the why, leave a message in the comments section and I’ll go into it. Mostly, though, I figure the campaign story is only interesting to the people who are playing it.

Now Mr von Rüdiger used to ride with the Inner Circle of the Silver Drakes, so his departure left a hole in the unit that needed filling. I’ve since filled it with a character who might one day become a hero but at the moment is just the order’s newest recruit:

In case you’re wondering, the head is from Statuesque miniatures. Their heads are amazingly sculpted, but slightly too large for many 28mm models. Fortunately, these old knight sculpts are bloody enormous, so she fits in just fine.

When I was taking photos of Rosa’s model, it occurred to me that I’d never actually done a post showing these chaps off, which seemed like a bit of an oversight. What with them being an Inner Circle unit, I went to the trouble of making each one of them unique. I wanted them to feel less like a generic unit of harder-than-average knights and more like the seven samurai. With that in mind, here’s the rest of ’em... 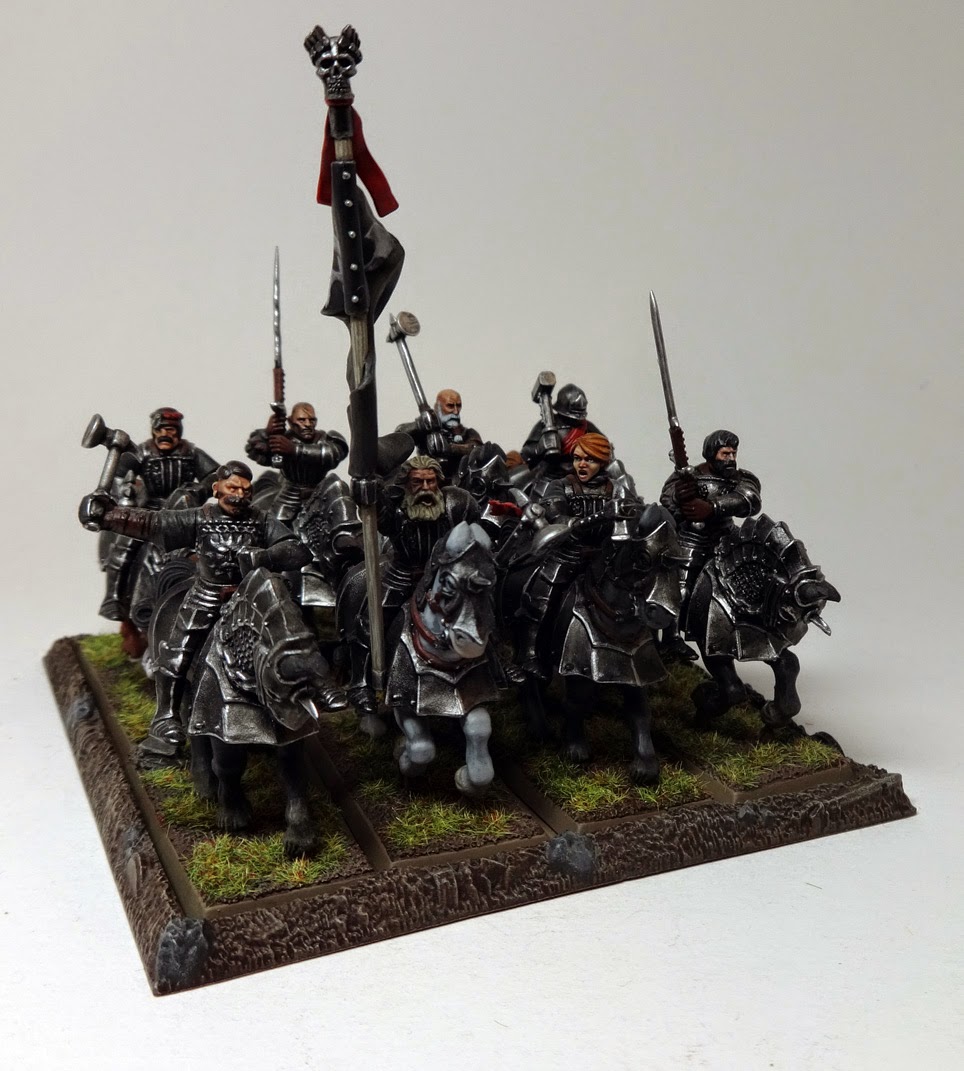 As time goes by, I may upgrade Ms von Kleinberg to a captain, and maybe (after a few years) to Grand Master. I’m still not sure if it’d be best to improve her stats one-by-one, and gradually increase her points cost, or if it’d be better just to leap from knight to captain in one fell swoop because rules. If anyone has any thoughts on the subject, or interesting mechanics for slowly increasing her stats, I’d be curious to hear them.