Let's get the band back together...

By Maisey January 31, 2017
Not a musical band, but a band of brave and/or foolhardy adventurers all heading off to lands forgotten and ravaged by a great calamity in search of fame, glory, and riches. Well, mostly riches. Also for the stories. Once our intrepid souls have a few heroic yarns to spin they will be able to hold rapt the patrons of any alehouse or inn they care to frequent. Not to mention turn the heads of any fair maid or strapping lad that catches their eye.

So who are these daring men and woman? And what is their goal?

The goal is a city dubbed Frostgrave, an ancient metropolis at the heart of a magical empire that was befallen by a great accident that left the city buried under the ice for centuries. Now that it has started to thaw, it's treasures are up for grabs. 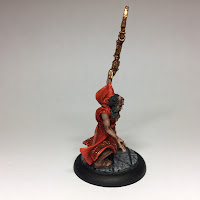 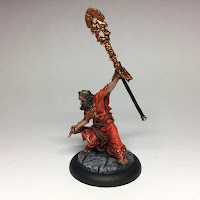 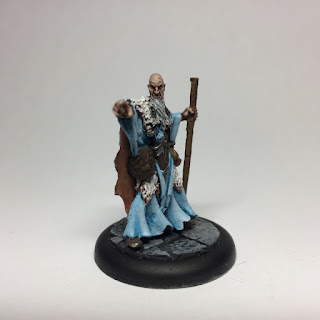 Most of the models came from the Artemis Black section from Hasslefree. I really do like these sculpts, mostly for the little details. All of them are carrying bedrolls, packs, and various side arms so they really do feel like they are properly kitted out for an adventure.

As for the painting, I kept it natural and earthy for the henchmen. It was quite nice being able to take each one as a unique person and paint them all a little differently as these are all hired help and wouldn't be in any type of uniform. With the wizards I ended up being a little more vibrant with the paint scheme. Arthur being a fire wizard had to be in red (it's a Union thing, he has to wear red). Gourvan was a little more accidental. I wanted him in a frosty white tinted blue but it ended up being much more blue, but I liked it so decided to keep it as it was.

Next up in our preparation for the Frostgrave campaign is to get the board and scenery done. Lots of snow covered gothic buildings are forecast for my immediate future.