As far back as I can remember, I always wanted to be a gangster.

Wait, that's not right. Let me try that again.

As far back as I can remember, I always was drawn to the ambiguous elements of the 40k Universe. The gooder than good types never interested me, neither do that baddest of the bad. It could it be that these characters always felt a little obvious. No room for a little wiggle. I liked anything that was sat firmly in the shades of grey. It's one of the reasons the Dark Angels appealed to me with their tragic backstory and sometimes questionable loyalties. That and the iconography. Also the same with the Thousand Sons. Yes, they where a chaos faction, but their fall to chaos was not their strictly their own doing. Also the iconography and aesthetic.

One day I'll do a post showing off all the Dark Angels at the same time as there are a lot of them, but there are a few posts back in the archive Here & Here if you are interested. However today is about the Thousand Sons.

I did actually have a little Thousand Son warband about a million years ago. Using the old metal conversion kit for the Chaos Marines, but it never really got too big, and looked like it had been painted by a 12 year old (I was in my early 20s at the time). With the update plastic kits I knew I just had to get back on that mercurial bird that is Tzeentch. The release being time just before Christmas and thanks to some very generous family members I got my mitts on a box of Rubric Marines and of Scarab Terminators.

Fast forward to today. I know that the plan for 2017 was to get things finished. And I know the March deadline was to get the Storm Eagle finish (I am working on that I promise and it will be done in time), but the Storm Eagle construction left a lot of downtime while things set, dried, cured, and generally left me waiting. I know that I had planned to do the Thousand Sons later in the year, but I couldn't wait, so the Rubric Marines became my drying time project.

It's always important to have a drying time project, or just something you can dip into while your focus on your main project is waning somewhat. A Plastic Pallet Cleanser if you like. I did say that it was going to be my Tyranid Army but, in honesty, I have no inspiration or excitement for them right now. I find them so very hard to paint. The balance between speed, organicness, and alien weirdness just totally eludes me. I know that it is said that no plan survives contact with the enemy, and the enemy being me this time, I adapted the plan to fit my whimsy. I'm not cheating as such, because I'm still getting things finished. Just being a little flexible with the order in which I do it. 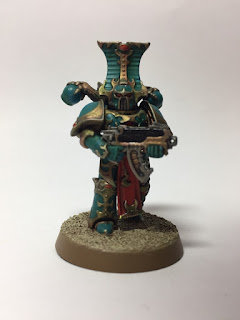 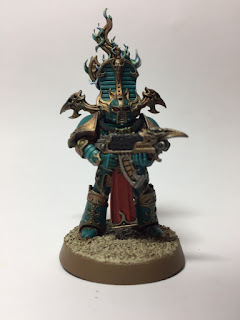 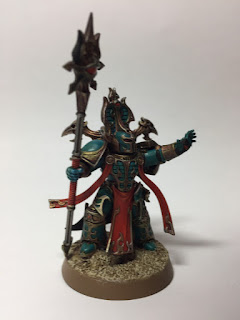 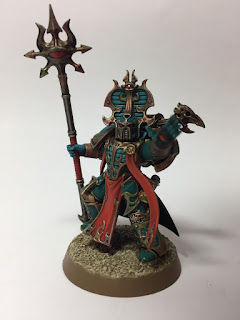 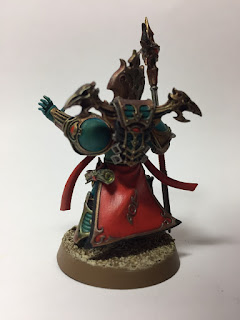 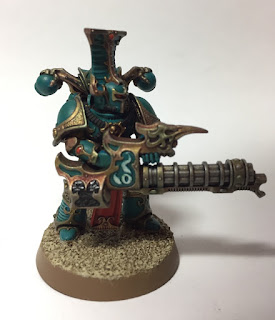 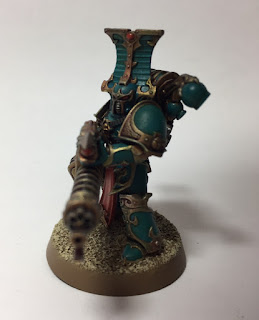 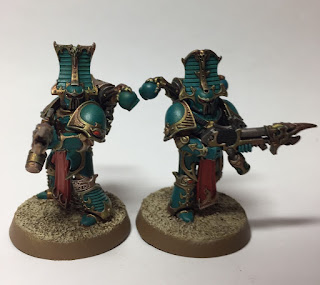