It can't have escaped anyone's attention by now that the new edition of 40k is nigh. This is rather exciting news and the steady drip of information coming out each day is only causing further excitement. So in order to avoid the hobby equivalent of blue balls we have all found ourselves getting stuck into some painting to satisfy that particular itch.

I've got stuck into more of the Thousands Sons models. The Scarab Occult Terminators are now done, in the same method as the Rubric Marines 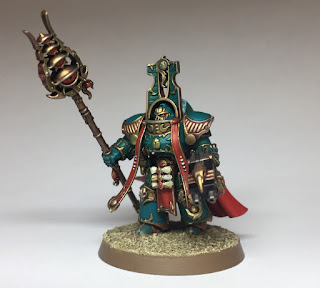 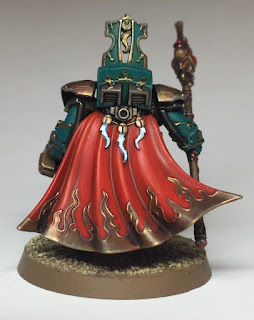 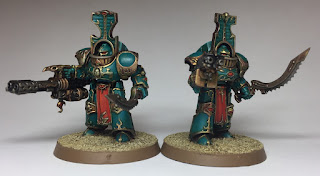 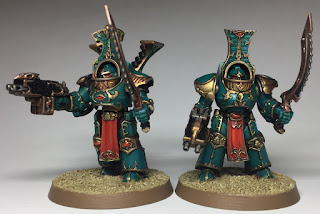 The other main troops unit was a blob of Tzaangors, which are Tzeentch tainted beastmen. These are painted a little bit different to the Thousand Son legionnaires. The metal work is intended to look much newer, but keeping the same red touches to tie them in. 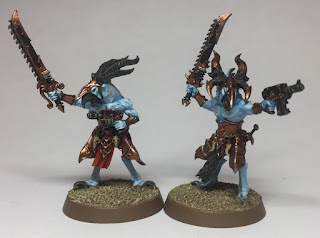 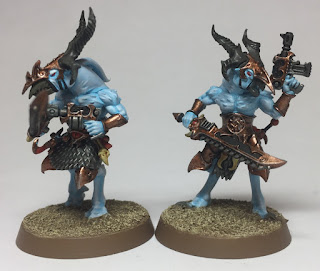 So with these I've nearly finished all the Thousand Sons stuff that I own. I have been lusting over the new Forgeworld Dreadnought thing that I want to include at some point. I also do want to get into some serious conversion territory and Tzeentch up a tank or two to match the armour style of the Marines. This will be a bit of a challenge as I've never really done any sculpting and all my conversion have been kit-bash type of things. So it'll be new ground for me, but it would be very much worth it as the current selection of Chaos tanks are woefully lacking.