By Charlie August 10, 2021
Since UK restrictions eased I've been playing a lot of 40K, and this has had the UNSURPRISING YET DELICIOUS effect of making me want to paint more Space Marines, despite earlier declaring I was done with them. The army's core of 3x5 Intercessors always felt a bit thin, so my first port of call was to bulk out Squad Tyvus with another five dudes. The thing about Intercessors, though, is that beyond the sergeant and the giddy excitement of a few auxiliary grenade launchers, there's no variety in these modern squads.
At least, not in the rules.
I've always maintained you don't need rules to add flavour, so I'm practicing what I preach and have added a couple of specialists to the unit. They might not have any in-game effects, but I always thought the Helix Adept in the infiltrator units was a very cool idea, and this is just an iteration on that, with both Helix and Tech adepts present in Sergeant Tyvus' squad. 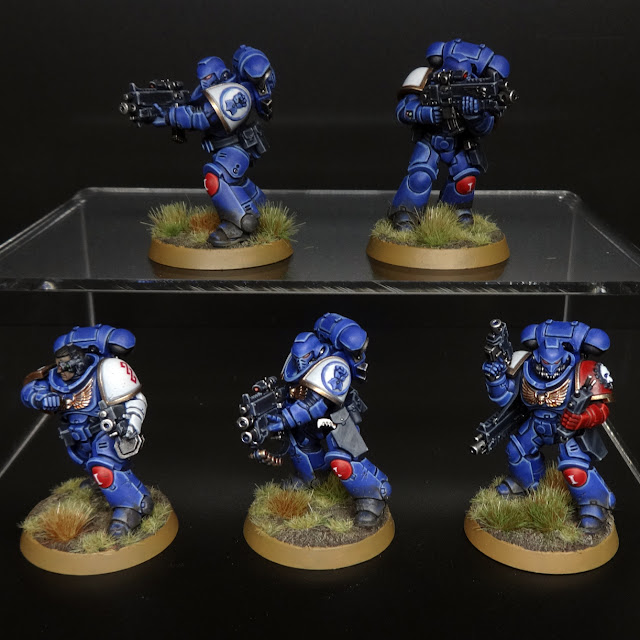 To mark them out, I gave them a special pauldron and matching arm. Since they have no mechanical impact, I was careful to make sure they're still toting rifles like everyone else, as I want my opponent to have no trouble understanding what they're facing.
The tech adept is thoughtfully waving about an auspex which, along with the helmet and pauldrons, is from the Repulsor Executioner kit. Here's a closeup: 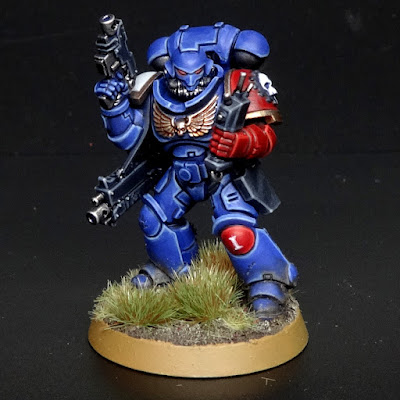 I had no special shoulder pad for the Helix Adept, so just did it freehand instead. I actually find doing freehand icons easier than faffing about highlighting a moulded pauldron, but these moulded fists allow me consistency that would otherwise elude me. 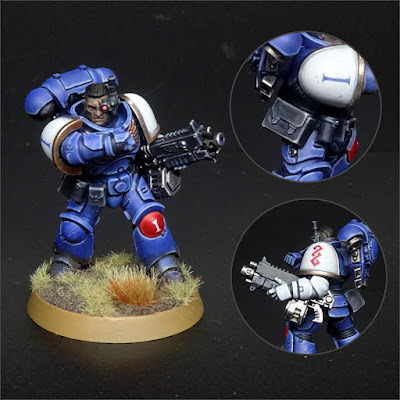 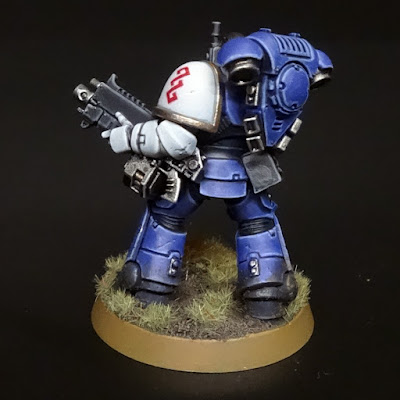 The only other detail of note that I added to the Helix Adept was a big ol' box/pouch thing to represent his medi-kit. A little green stuff was needed to make it work, but in general it was a pretty simple conversion. 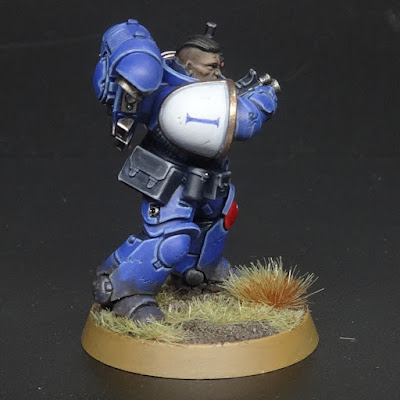 In case it's helpful to the uninitiated, I've covered the painting side of these guys in previous articles; the colour recipes are all provided in the post on the captain, and there's a tutorial on the blue armour (and edge highlighting in general) here.
For the satisfaction of it, here's the full squad: 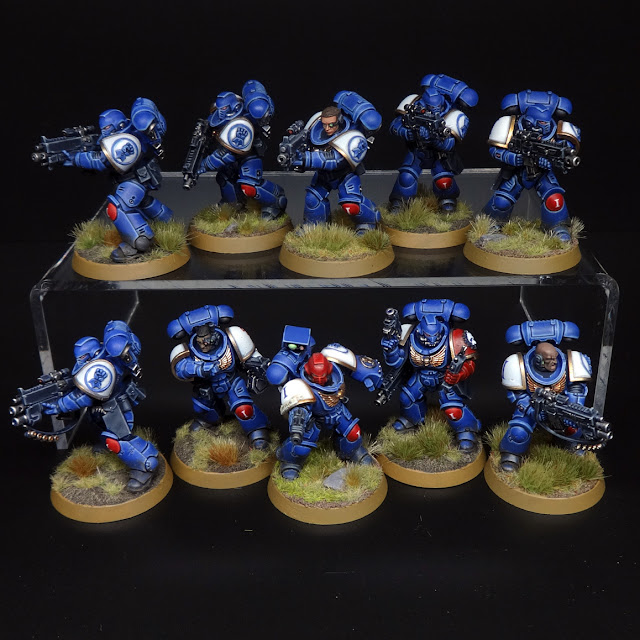 The eagle-eyed will note I've changed from black base rims to a brown. I was finding that on the table, the black rims drew attention away from the model, and after spending five hours on each marine, one really wants them to get more attention than their own base rims. Not that this saved them from Tom's Tyranids. Here's poor Sergeant Tyvus and others shortly before my ignominious last stand: