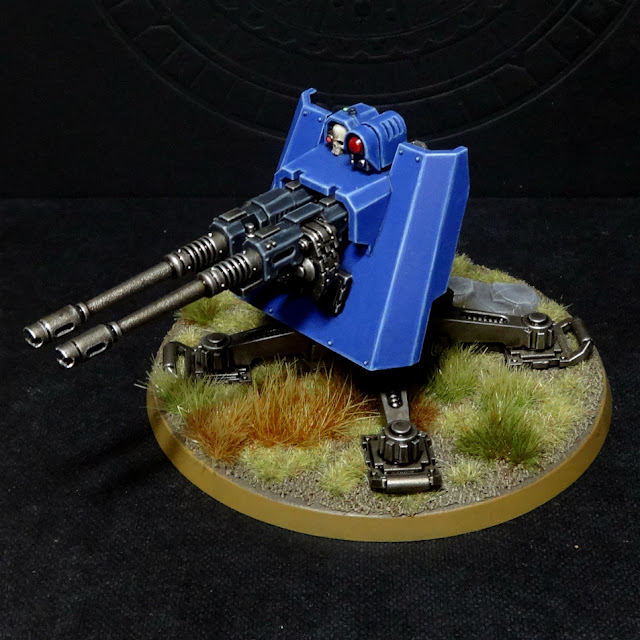 Back in November I made a Firestrike Servo-turret. So far it has mostly been nuked off the table by opponents realising it has a lot of firepower and not a lot of wounds. Naturally my response to this ineffectiveness is to double down on the stupid and add another.
Since this is part of the same unit as the first turret, I wanted it to be automated, imagining it would be slaved to the techmarine running the battery. This required a little conversion work: slicing off the seat, various cables, and handles. There was only a little green stuff needed to fill a hole where the seat protruded from the main chassis.
I tried to convey a few things in the painting. Where the manned turret has a decorative silver skull, the one on this turret is an actual servo-skull. Possibly the most heavily armed and armoured servo skull in the Imperial arsenal? At any rate, another fine entry in the long list of "heavily armoured Imperial things extremely vulnerable to headshots." I also changed the colour of some lights on the back from red (on the manned one) to green, indicating the turret's automated systems are active. No-one's ever going to notice that, but it doth please me nonetheless. Unlike the basing rock that comes in the kit, which in retrospect I should've just binned. I have sculpted more convincing rocks myself, and have plenty of actual rocks to hand, it just felt wasteful to throw it away. Ah well.
This time round I made a point of painting up both the autocannon and las-talon variants, giving me more flexibility in army lists. No magnetisation was needed, since this kit needs virtually no glue anyway. 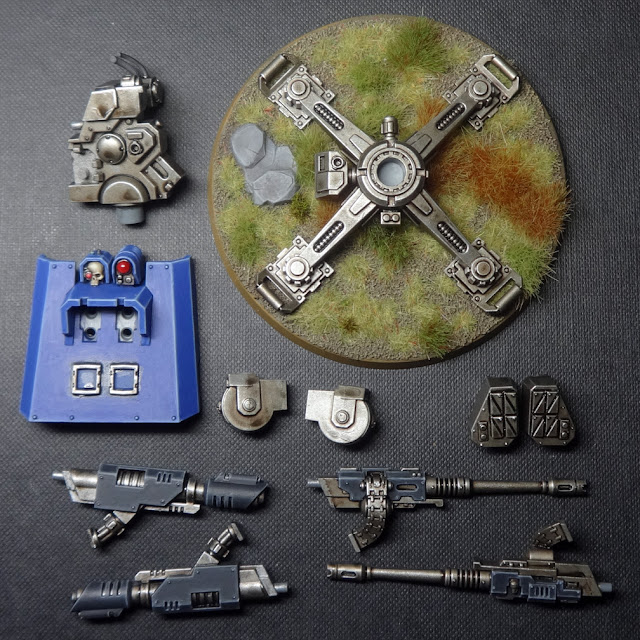 As I was painting it, the sentry guns in Aliens came to mind. The urge to paint an ammo count on the gun's little screen could not be denied. 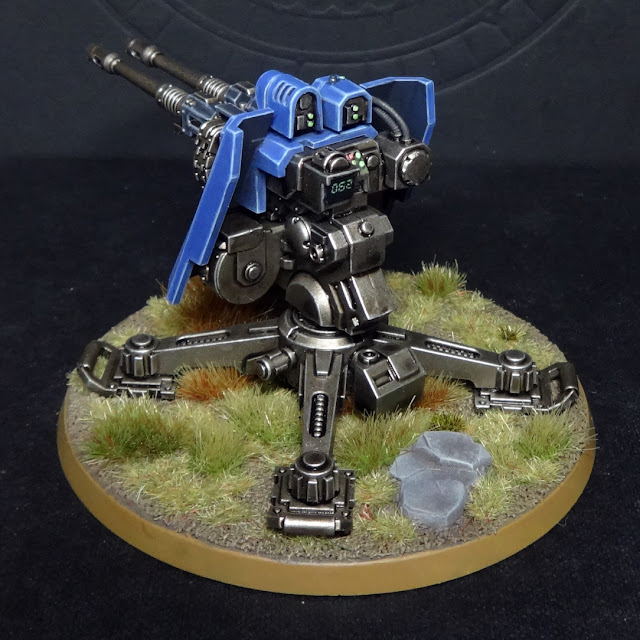 It's tempting to do another unmanned one so as to have a battery of three. That'd be visually satisfying... and cost an eye-watering number of points. But as charming as this thing is, I should probably paint something more useful next to balance it out. For now, I shall leave you with more pictures. 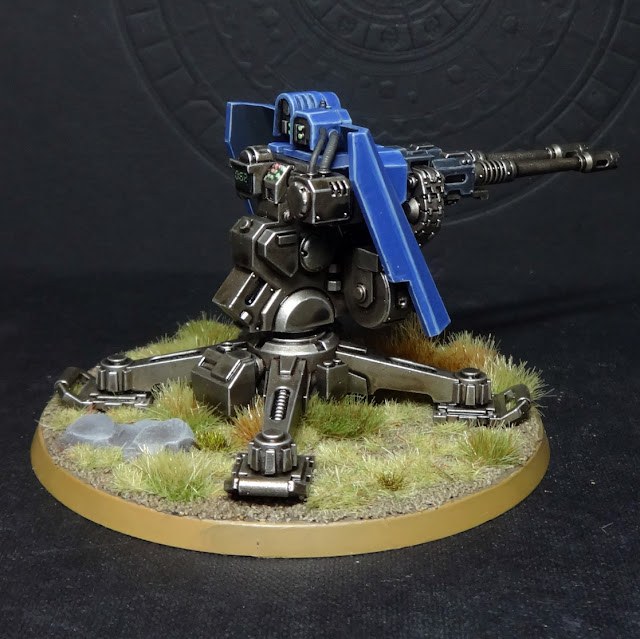 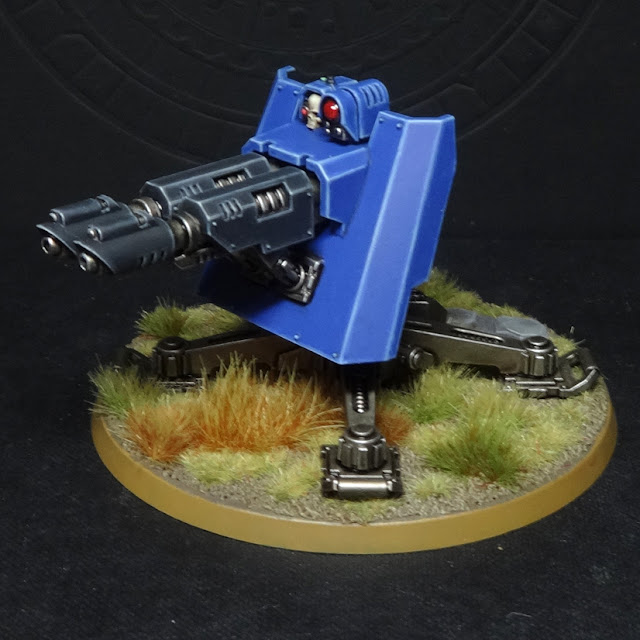 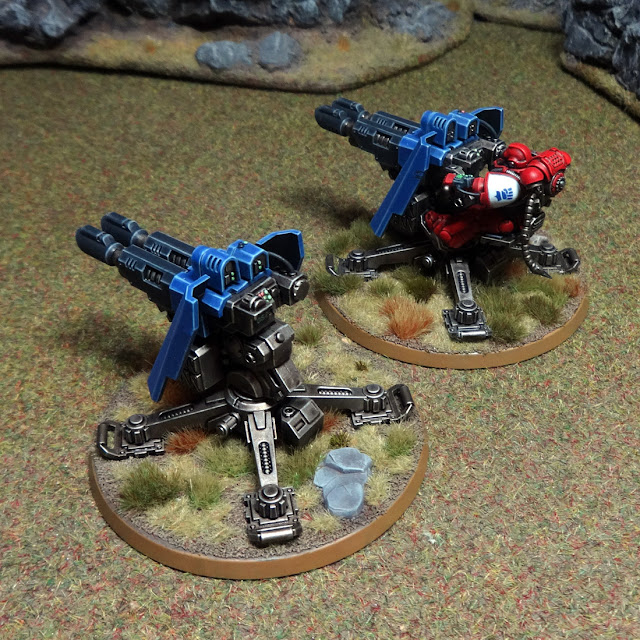