By Charlie December 24, 2018
It can be hard to make the shift from the skull-filled world of our hobby to the organised jollity of Christmas. In the hopes that it might help, Mark and I teamed up with new Bunker denizen Andy and revised thirteen famous Christmas stories to fit the 41st millennium. Have fun figuring out what they all are. Some of them are REALLY VERY SUBTLE. Very subtle indeed. Tuck in. 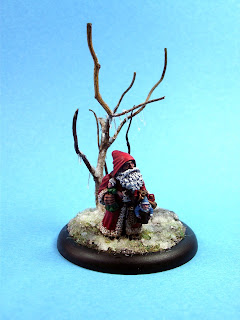 Three old navigators are lured off-course by a false astronomicon, which leads them and their ships to an unsanctioned infant psyker of incredible power. Believing him to be a new incarnation of the Emperor, they proclaim His rebirth to the authorities. The child is taken away by the Sisters of Silence and never seen again.

A Necromunda Gang are trying to steal treasure from a vault, taking a rival gang hostage in the process.  A single member of the hostage gang is free and works to thwart the theft culminating in the throwing of the opposition gang leader out the window of the hive spire.

A lone, unarmed juve is left behind in a hive gang's main base while they go off on a jolly, and has to defend it from a pair of bungling thieves by jury-rigging an assload of traps and obstacles.

The ancient bloodletter Shan-Tar manifests at the feast of Candlemas and rewards those who have spilled blood in the last year with gifts of lethal weapons and supernatural rage. Those who have been nice get decapitated.

A lonely match Grot dies alone in the snow. No-one cares. The end.

An inquisitor is investigating potential deviance on a world, but is unsure whether what they have discovered warrants intervention.  They are visited by an avatar of the emperor that shows them visions of the heresy, 41st millenium, and a period in the far future. Upon waking he realises the folly of his ways and orders exterminatus.

A group of upper class twits in a hive city discover a secret route to a magical realm in the back of their wardrobe. They enter Commoragh and are tortured for eternity. One of them gets to eat Turkish delight.

Good Average Bad Moon Nob Borkseslass looks out and sees that the local Deff Skulls are pitifully short of Dakka. He goes out and remedies this by giving them both barrels of his snazzgun.

An Inquisitor becomes so convinced he's not making a difference to the infinite well of human heresy that he decides to jump off a bridge at Sanguinalia. Before he can go through with it, he finds his old friend sororitas Sister Clarencia on the bridge thinking of doing the exact same thing. He talks her down, and in her renewed fervour she implores the Emperor to show the Inquisitor a vision of how much more heresy there would be without him.

A mouse takes a stroll through the deep dark wood and discovers a canifexalo. The mouse and all the biomass in the planet gets devoured.

Two children fight over a nutcracker doll and break it in their father's mansion. The daughter retrieves the doll late at night and a load of huge mice and gingerbread men and toy soldiers turn up and start fighting a battle.

The inquisition burns the Mansion and the rest of the block to the ground and deletes all record of it ever existing.

Two warring Ork clans stuck in a brutal stalemate hear each other singing Gork-day songs in the middle of a winter night. They call a truce and meet in no-Ork’s land for a football match. After 10 minutes of playing football, they remember that fighting is more fun and hostilities resume with increased vigour and enthusiasm.

And with that flourish of literary brilliance, we wish you a merry turning of the year. Here's a picture of a creepy, baby-stealing Santa. You're welcome. 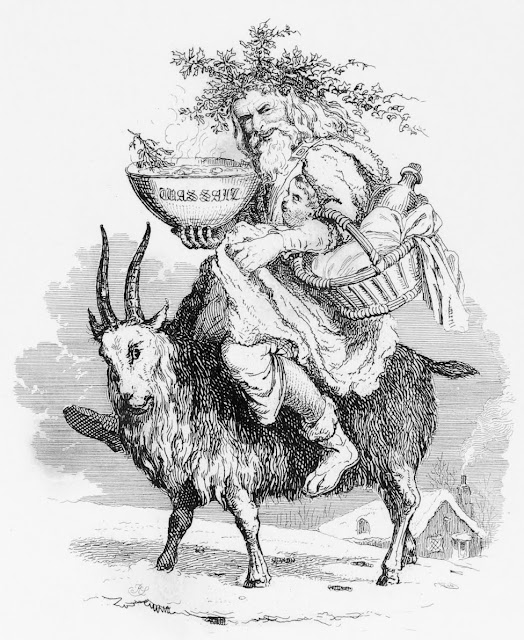