Here we are at the end of another year. It is a time to reflect on what we have accomplished over the year. Since this is a hobby blog I'll skip over all the silly adult stuff like jobs, family, etc etc and dive straight into the little plastic toys. I'm only going to cover things that actually got finished. There are a few in progress things that'll be covered in the plan for 2019.

The first part of the year was continuing with my Thousand Sons/Tzeentch project from the year before. I did receive some Horrors and the Acolytes as gifts and got stuck into those. 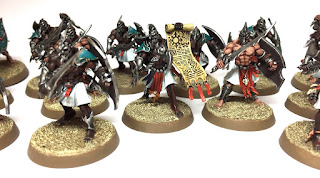 To finish off that project I went for a ambitious (for me) conversion of a defiler/soul grinder. It was far more sculpting and what have you than I've attempted before. I think it came out alright. 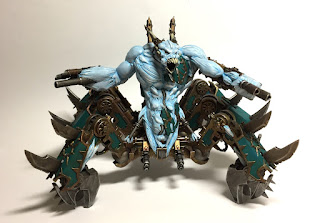 Next up was the super secret Iron Warriors project done for Nerd Thunder in July. Managed to bash that lot out in about a month. Which isn't too bad. I also actually made an effort with the basing beyond my normal standard.

So slightly out of sequence but I also managed to get the Blood Ravens Kill Team completed in November. This was just in time for a fun evening of dinner, drinks, and little plastic death!

Now for the other half of my hobby for the year was getting back into scale modelling again. I might have gone a little nuts with the aeroplane thing but I've been having fun. Below is the 14 completed models. I've got a couple in progress still. None of them are perfect but I'm getting better and learning better techniques. 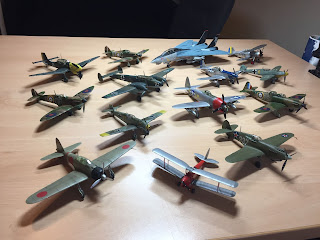 So that's my year in a nut shell.Now to start planning what I'm not going to get finished in 2019!