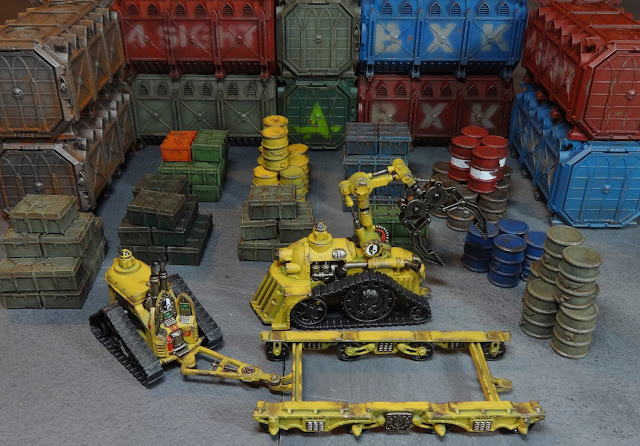 When Gee-Dubz brought out their Munitorum Armoured Containers, I was (I thought justifiably) scornful. If your shipping containers have been fitted with a gun, you have strayed from the path of the sane. When that gun is a storm bolter, generally reserved for veteran astartes and the like, you are a swivel-eyed nut enthusiast. When there are two such guns attached to each container, I lose the capacity for words and can only laugh. Uncontrollably.

As with so many GW kits, though, once you dial the thing back down to 10, it becomes great. The preposterous storm bolters are an optional extra, not mandatory, so when the Killzone: Sector Munitorum box came out the sheer discounty goodness made me look again. I then realised I could double down on the deal by picking up the Tempestus Scions kill team - five dudes and another two Munitorum sprues at a discount? I'll take two, thanks.

So now I have a squad of ten Tempestus Scions storm troopers for my Inquisition warband AND a sexy new heap of terrain. Win. 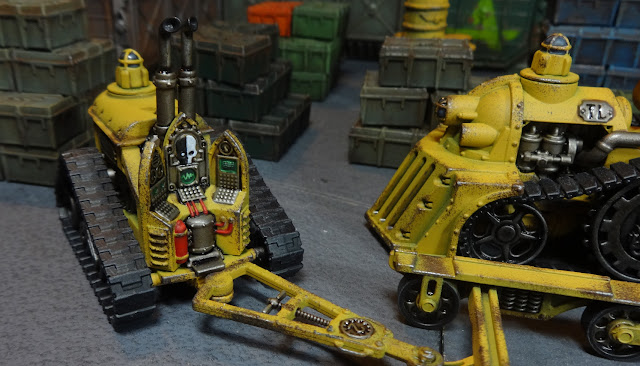 The only adjustments I made to the servo-haulers was their enormous antennae; those got replaced with hazard lights from the Sector Imperialis bases sprue. I love the comedy detail on the tractor unit of the totally excessive controls. It radiates the redundant, byzantine nature of the Imperium wonderfully. I've been imagining a hapless trainee in a Departmento Munitorum stockyard being asked to program a simple task into the servo-hauler only to be suffering a total psychological meltdown three hours later as the 59-step ritual of activation leaves him baffled.

The crates, barrels and containers were painted and weathered in a bunch of different ways so that they all look like they have different points of origin. Generally speaking, all these methods are extremely quick, since... well... that there's a lot of boxes. Here are some of the salient points in case they're useful to anyone else: 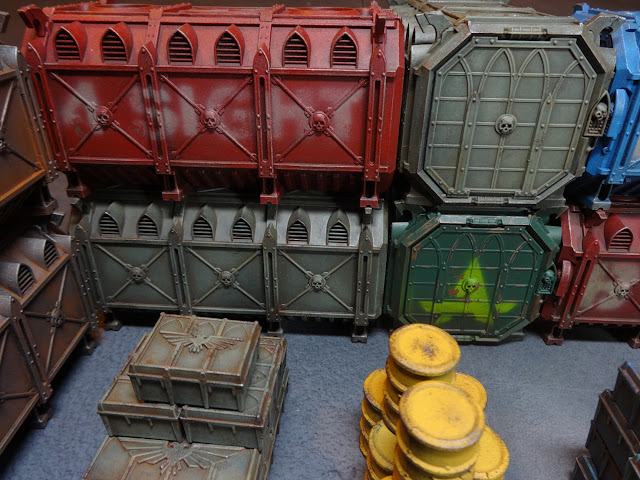 The Tempestus Scions kit left me cold for a long time. The bling trim forces you down certain routes when painting them; since it only makes visual sense if painted in a metal colour, any camo or military-type scheme just looks silly, so I was never going to use them in my Guard army. But then, it occurred to me that all that bling works brilliantly for the Inquisition when they're looking to intimidate people with more overt operations. As such, I gave them a paint scheme similar to my Inquisitor. Mmmm, elite minions. 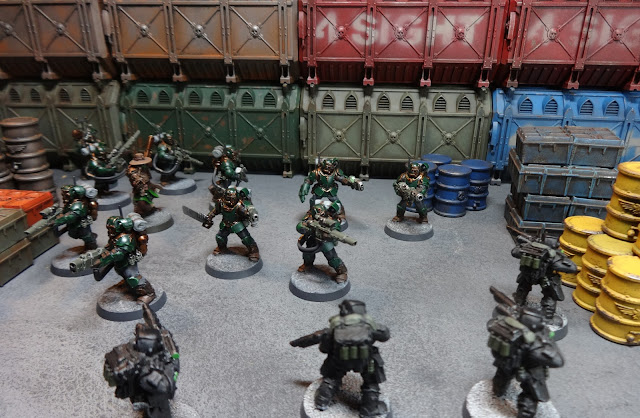