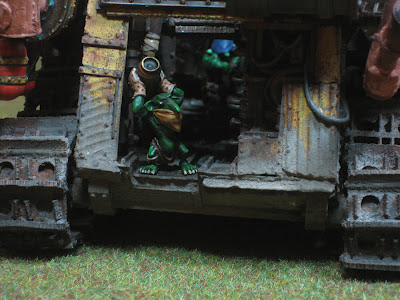 Oi, is that action compliant with EC framework directive 2008/98/EC?

I bet you’re all wondering how my Skaven are getting on then? What magical ratty delights are on offer?
Ready? 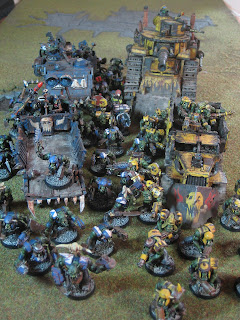 A ferocious horde of er, Skaven?

Now… The observant amongst you may have noticed that those weren’t *exactly* Warhammer Skaven; and were in fact a huge bunch of 40K Orks and some vehicles. This pretty much directly contradicts what I said in my previous post – about how I was going to do less Orky stuff and more ratty stuff.
If I have an excuse (and I really don’t have a good one) it’s that the sort-of-annual ish Nerd Thunder has come round again, and it is very nearly time for the denizens of the Beard Bunker to head up to Warhammer World and play with lots of our toys all at once. It’ll be a bit like the Famous Five, but with more shouting; more dice; more beards; there won’t be five of us or a dog or a crime to solve and there won’t be any repressed transvestites - although I’m still not too sure about Maisey. So in short, absoloutely nothing like the Famous Five.
Last year’s Nerd Thuder was a blinding success, and we all had a great time. Saying that,, I welled up a bit when 100 of my Orks got killed all in one combat phase – Oh the Orkmanity! 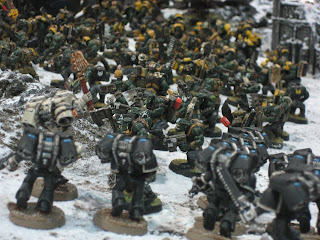 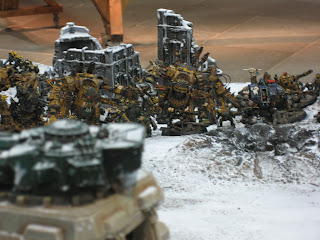 So this year I’ve been busy building some vehicles in which to transport some of my Orks to keep them safe from Beakys with choppas.

First up is the Kilkrusha, Da Yeller Peril 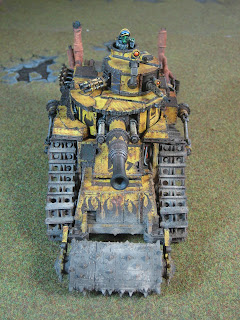 ﻿
Da Yeller Peril is commanded by a grot - Major Fret 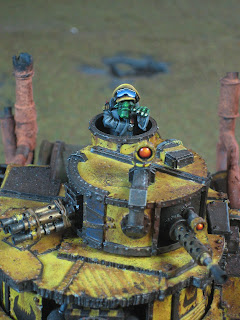 Next is a new battlewagon modelled on a patriot missile tractor – the snappily named HEMT M983A4. 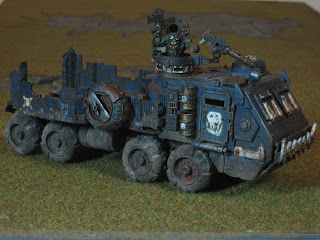 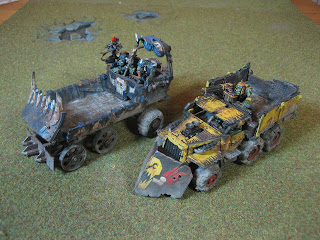 What would be the use of Trukks if it weren't for a huge number of Boys and some Nobs to shout instructions? 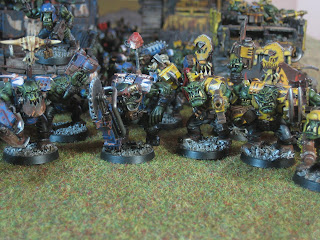 And that's it from me for now. I'll be back to rats by mid June, and I'll have a bit of progress to show by then - I've got some exciting plans for the rats. Just got to savagely beat a few beakies and umies first!
As a great ork once said: