A Meeting of Butterfly Brains Anonymous 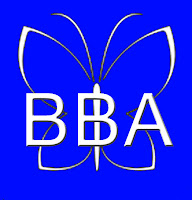 We all sit in a circle, dodgey coffee in plastic cups. I stand:

We all chorus "Hi Jeff" and I get to the confessionals part:

Yeah, as you might have guessed there's trouble in them thar hills. Sadly I have made no progress whatsoever on my Nurgle Chaos at all. Not a sausage, nada. This got me to thinking why recently, as diagnosing the underlying causes of "project flitting syndrome" can help you avoid it in the future. Here's what I think are the problems with my Chaos army at present:

So the long and short of it is this: I love the concept and look of the army; I want to do it justice; I don't think I can do that right now. Hmm. Well beardlings, there is only one cure for this problem, a different project chosen to avoid the problems listed above.

So how to solve this? Well, lets take the points as we go, point 1 is solved by choosing an army with straightforward assembly so I can get to the fun bit, the painting. Point 2 is solved by choosing an army which has fairly simple paintwork or for which I have a lot of practice, thus guaranteeing rapid progress. Point 3 is an easy fix, don't choose an evil army! Point 4 is more awkward but can be gotten around by choosing an army with no impending murmurings. Point 5 is to find an army list that I like every single model in, everything is therefore exciting. Point 6 means choosing something from the ludicrously large pile of unpainted lead I have lying around.

I won't bore you with the details of my thought processes going through the points with each army but instead tell you what I settled on: Dwarfs. Now some of you who know me are going "Dwarfs? Weren't you bored of them, having played them since you were 10?" and indeed I have said this, but... I realised I hadn't actually played a game with Dwarfs since I was running GW Harrow, that was almost a decade ago. I haven't played a game with Dwarfs in the new, more exciting edition. I haven't painted any Dwarfs in a decade. I don't think it is fair to write them off! Plus, so many people think of me as a natural Dwarf player and I don't have an army that I wouldn't be embarressed to put on the table.

The long and short of it is that I want to paint some Dwarfs, so hell with it, I am going to! I am thus shifting my attentions to the short, stunty fellows. Playing around with the army lists gives me this:

If some of the unit sizes look a little odd, this is because several of the units are being based 6 or even 7 wide to maximise the number of attacks they can deliver in a single round. Dwarfs are expensive in points and as an elite army will never get the maximum benefits of ranks or outnumbering, equally, their Initiative of 2 tends to mean that their numbers will be somewhat whittled before they get to fight. Hence, you look to win combat on wounds caused. This army, hopefully, solves all of my problems, I know how to get the best out of the figures quickly. I own every figure in this list already (plus, ahem, a couple of hundred more, no really, but that is a different addiction) and there is no figure I don't like in it (because I'm not using the stupid new war machines. More on that in later posts).

Hopefully, this means that you will see some hobby progress soon and might even help some fellow BBA members with their own problems. We take every day at a time etc.

"Well lets all thank Jeff for sharing with us today..."