A rat on a steam powered death machine (Natch).

Now, there’s nothing wrong with this model, apart from it looks a bit like the late and demented Dwarf Deathroller from Bloodbowl.
But... I think of the Doom-flayer as something that the rat has to sit in and carefully operate, rather than stand on and ride - more like a steam train than a cross between a lawnmower and a Segway.

So I had a little think, looked at the available ratty kits and decided that I could make a better (or at least, different) one from parts of the Doomwheel kit. Hopefully mine would look more suited to the battlefields of the old world than a crown green bowls field.

Although this seems hopelessly extravagant; (the Doomwheel kit costs £5.00 more than the Grinder) there are a number of advantages:

1. It means I don’t have to work with Finecast
2. I get to make a thing unique to my army.
3. I get a lot of spare bits to work with. I can then use these bits to make more ratty contraptions of doom. I like bits - maybe a bit too much.
4. It'll be fun.

I started, and as usual, forgot to take enough photos. 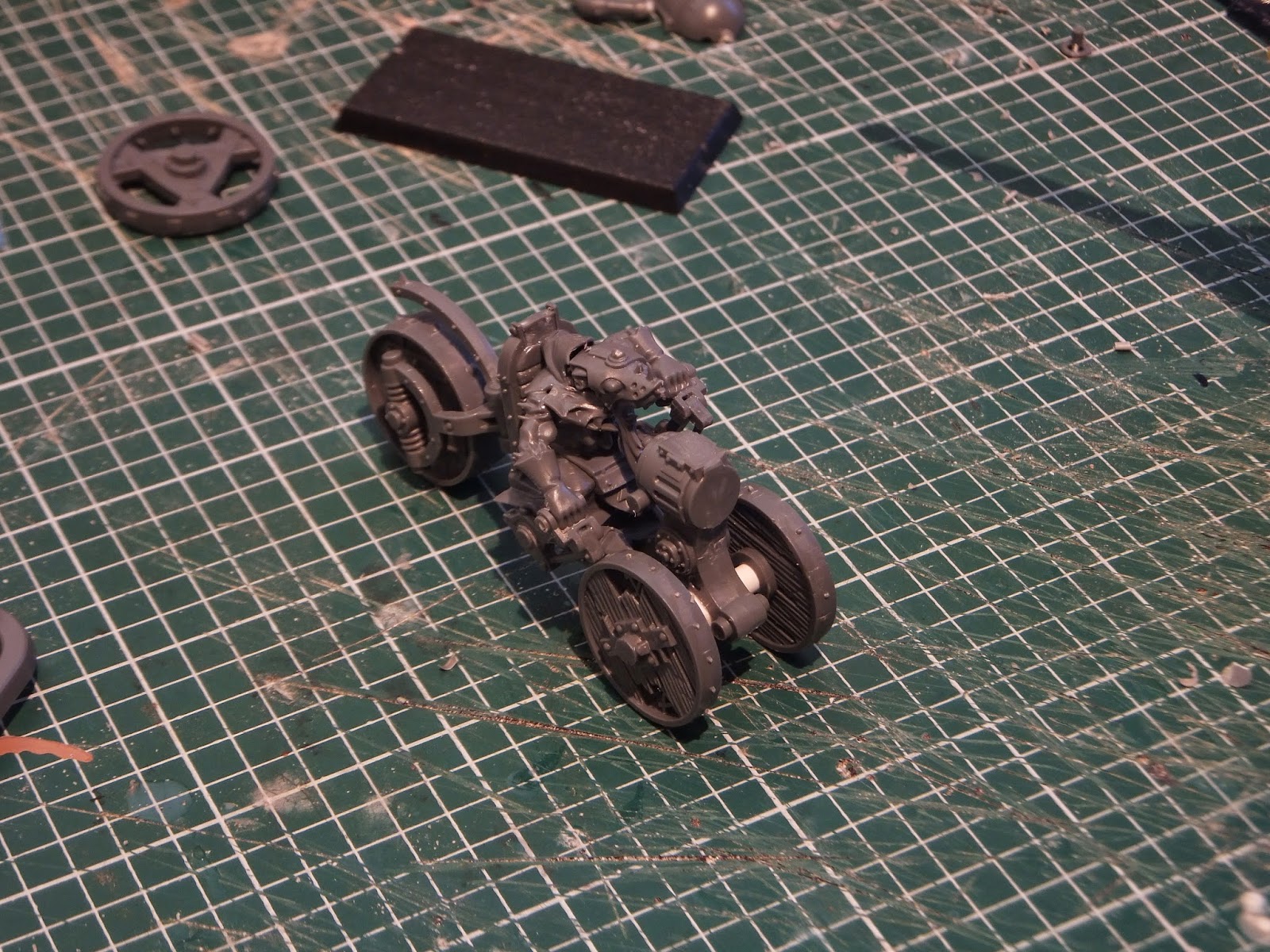 So this is the build, about 70% in. The cockpit area has been cut out of the Doomwheel kit and the rear steering wheel brought forward so that the contraption (just) fits onto a cavalry base.
I started with horizontally reciprocating blades at the front. These looked rubbish and I had to change them for something else - But what?
The Ork in me wanted choppas; the rat in me wanted warpstone generator. The schizophrenic evil genius in me picked both.
As they say: That which doesn’t kill you, will electrocute you with mutagenic lightning.

That seems sufficient to look like it can achieve what it is meant to achieve - i.e. messy and bloody death.

I have a ‘thing’ when I’m doing conversions - I like to give the impression that the thing I’m building could work, and it doesn’t have to rely on hidden mechanisms or (even worse- magic).
So, using micro surgery and much patience, I stuck together a rod system on eccentric drive wheels to drive the choppa mechanism. Here it is drying in the vice like grip of my reverse tweezers. 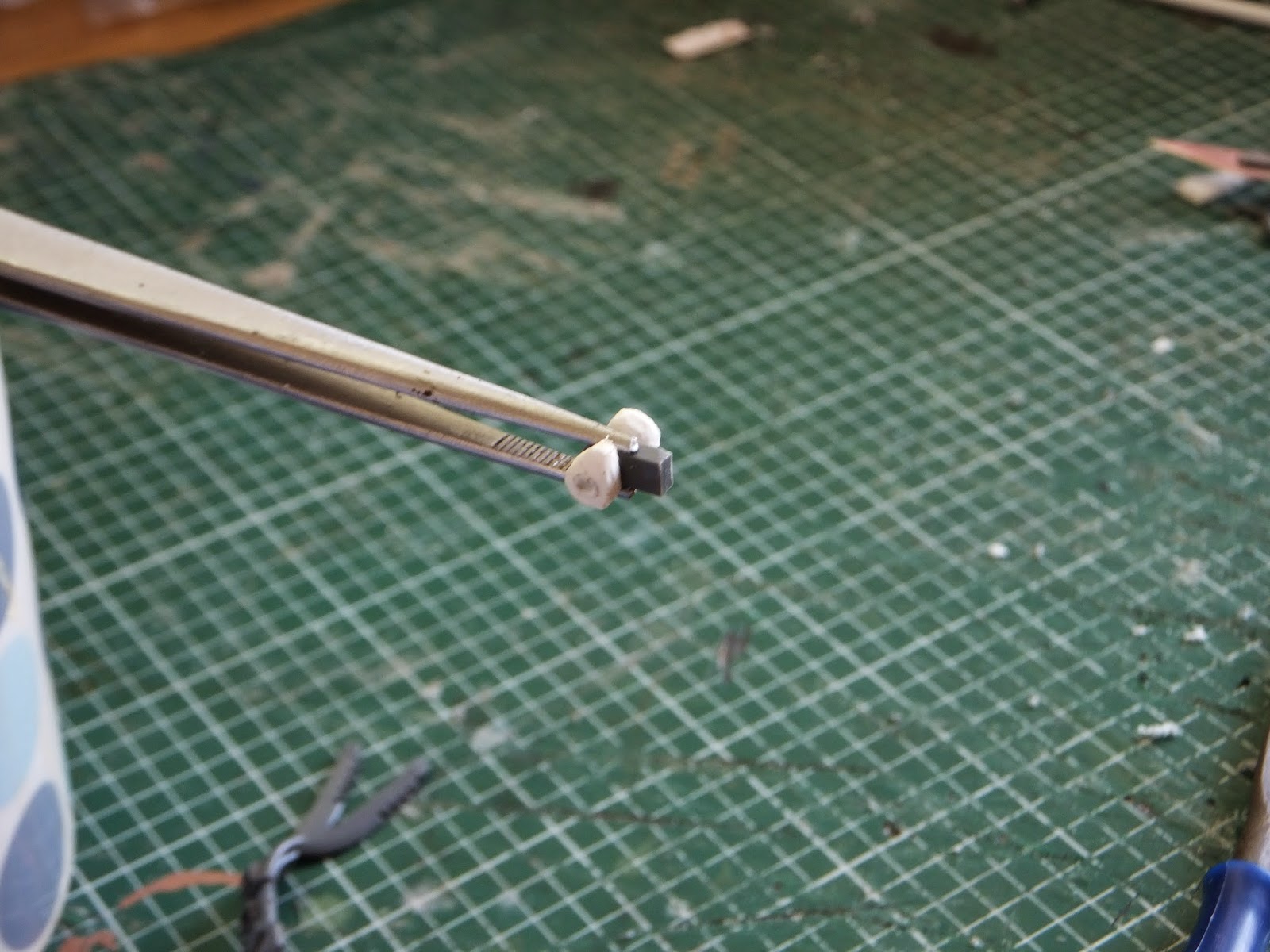 I painted it, and the finished contraption looks something like this: 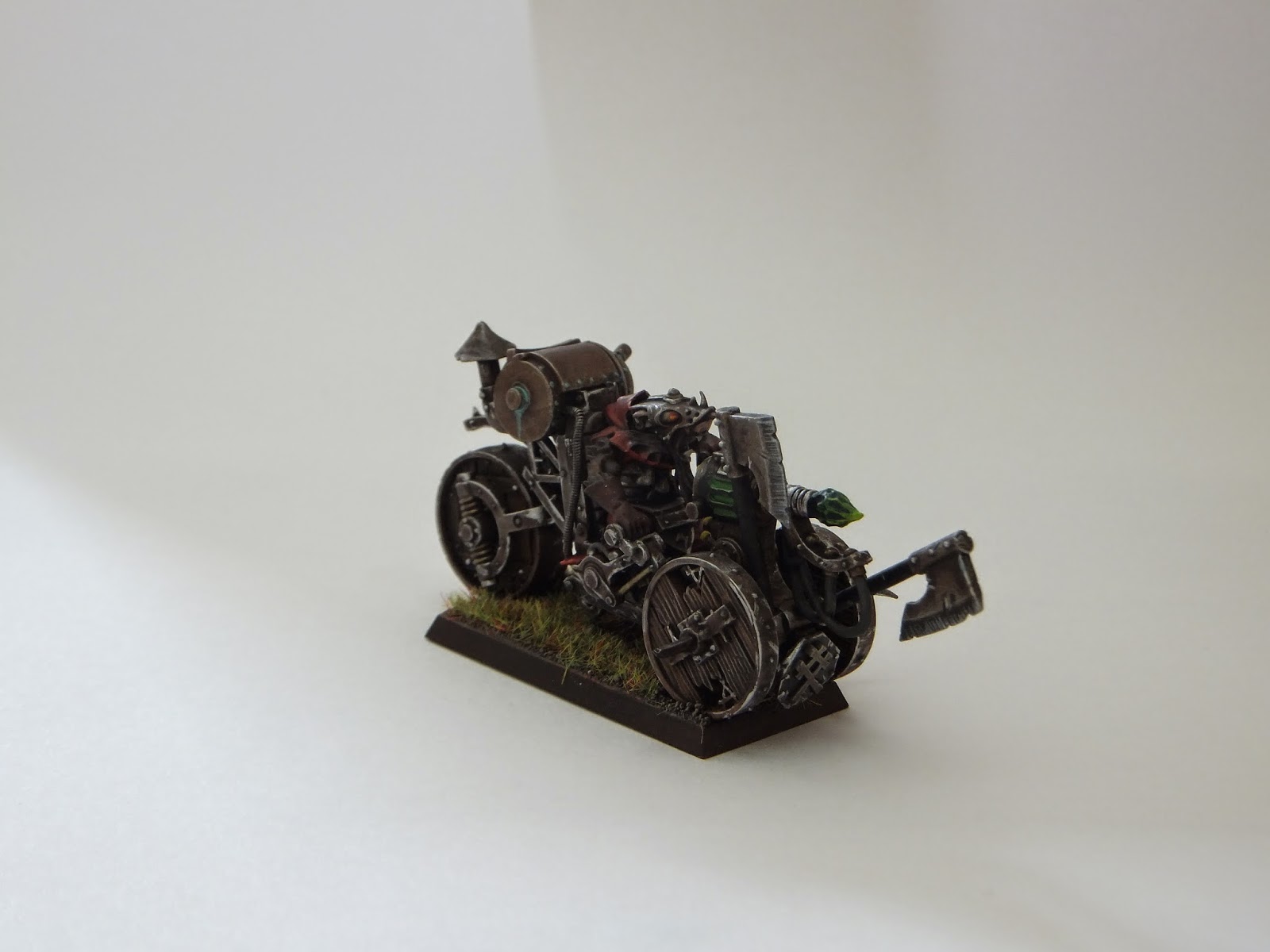 I took it out against Charlie’s Empire and it got shot, pretty much instantly. I was sad.