By Charlie September 03, 2018
When the time came to add the tenth member of my Frostgrave* warband, I was originally planning to get a treasure hunter. I've got a bunch of knights, so something zippier seemed sensible. But then, I learned they had since released the option for captains: a henchman who gains experience and manages your warband.

* In case you haven't heard of it, Frostgrave is a skirmish wargame set in the frozen ruins of the treasure-filled city of Felstad, where wizards hire a warband and go looking for swag. It's a nice, straightforward ruleset with surprising depth. It's designed to work best when played as a campaign, with each individual scenario being relatively quick to play.

This provided the perfect excuse to pick up a slightly more swanksome chap than the rugged folk who make up my other soldiers. The model itself is Hasslefree Miniatures' Daev (HFE010). It was a thoroughly enjoyable model to paint, and the sculpting of the face honestly astonished me.

It should be noted, too, that because significant numbers of my warband are dwarfs and halflings, he looks bloody enormous in my photos. That's just foreshortening; he's the same height as the warband's humans and elves.

The only flies in the ointment are the sculpt's flatness when viewed from the side, and the moulding fault on the trim of his coat, which I didn't notice until I start painting (you'll notice that the white trim stops at his chest, but on their website it's meant to go all the way to his neck). I tried painting it as battle damage, but with a white trim it just looked super patchy, so had to go back over it. Ah well, these things happen. Probably could've sculpted trim back on, but being halfway through the paintjob I was disinclined to bust out the putty. 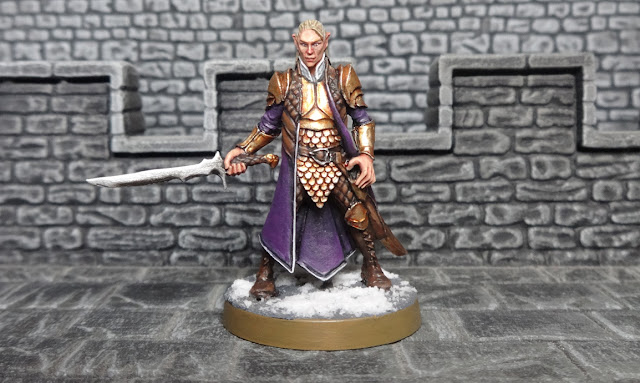 This is how I imagine Celhelas being introduced to the warband:

They were settling in for another night in the old ruined temple in a way that had become quite familiar over the preceding fortnight. The warriors were playing dice to establish who would take the midnight watch, while the halflings squabbled over the cauldron.

"You'll boil all the flavour out," chided Hesla Whindle.

"Better than poisoning us all with half-cooked chicken," Hesla's husband Bolbert snapped back.

Ilandrin smiled to himself as he listened to their argument. It was the same every night; he could only conclude that it was a ritual for them. He glanced at his apprentice Gili. She was nose-deep in one of the tomes they'd unearthed. If he had half the dwarf's determination he would have achieved god-like power by now.

The thought frightened him.

Ilandrin's attention was drawn to some sort of commotion at the door. Uhtred was reluctantly letting someone in. The newcomer wore the elven armour of Ilandrin's home city, Arn Thalor. Perhaps they had sent a soldier to request his help with some unexpected crisis. He felt flattered they thought so highly of him.

Then the newcomer came closer to the fire, and Ilandrin started to feel awkward and regretful. And sorry. And nervous. And... hopeful. The newcomer was tall and handsome, with just a little white starting to thread through his blond hair. The newcomer should have been hundreds of miles to the south, doing what officers do.

The newcomer strode past the fire, right up to Ilandrin, and slapped him. All around the fire, weapons were reached for. Ilandrin gestured for his hirelings to remain calm.

"My father told me not to marry you," the newcomer said. "Wizards do dangerous things in dangerous places, he said. Well that's what I wanted! But you just sat in your tower, complaining about everyone and everything, and when I suggested you'd be happier if you tried to DO something about the state of things, you just complained some more. Months, YEARS, even! I tried, Ilandrin, gods know I tried. And what should I hear not two months after I walk out your door? That you've swanned off on an adventure. And where? Oh, nowhere special, just THE MOST DANGEROUS CITY IN THE WORLD. You're unbearable, you know that? Unbearable. And you'll get yourself killed, you stupid son of a mare."

Ilandrin's hired helpers were slack-jawed. "Everyone, say hello to my husband Celhelas," he said.

"Hello Kellheylarse," they all replied, mangling his name with their sundry accents.

Sometimes it's important to give your main character a hoof in the dignity. Also, Celhelas clearly has a thing for older chaps who need looking after. 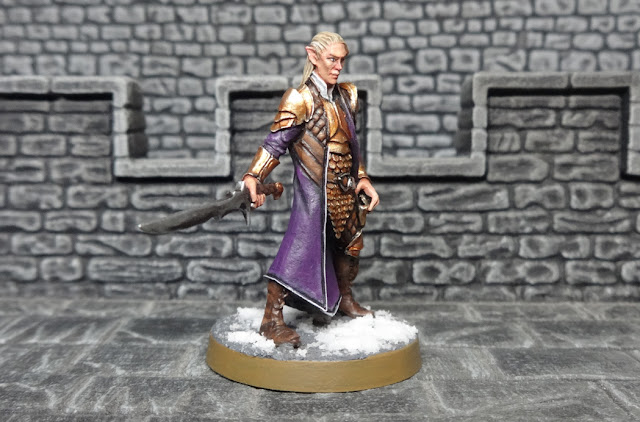 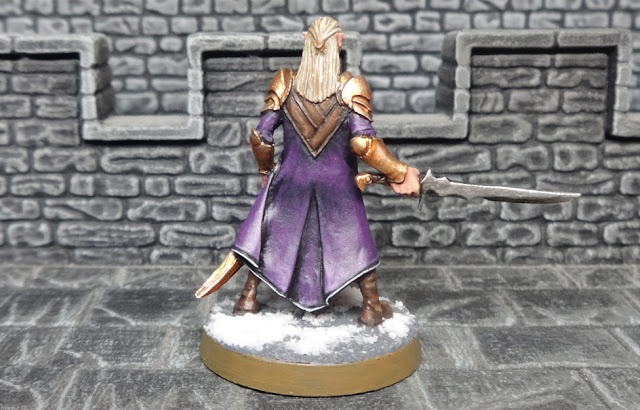 I'm aware that Frostgrave is a much more niche thing than our usual Games Workshop fare, so in the unlikely event that anyone's curious about my captain build, just say so in the comments and I'll go over the upgrades and gear I gave him. Suffice to say, I blew a lot of gold on making him badass enough to justify the bling armour. 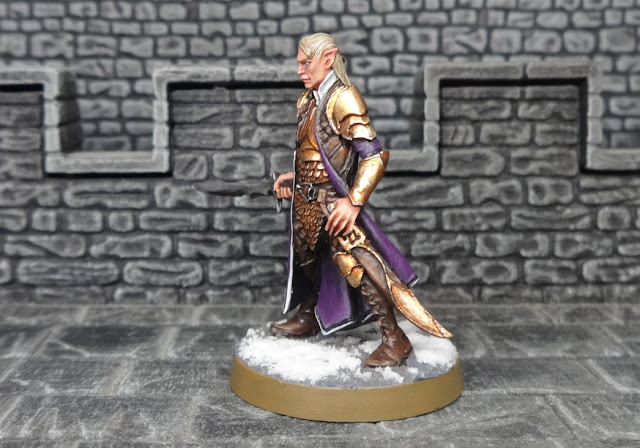