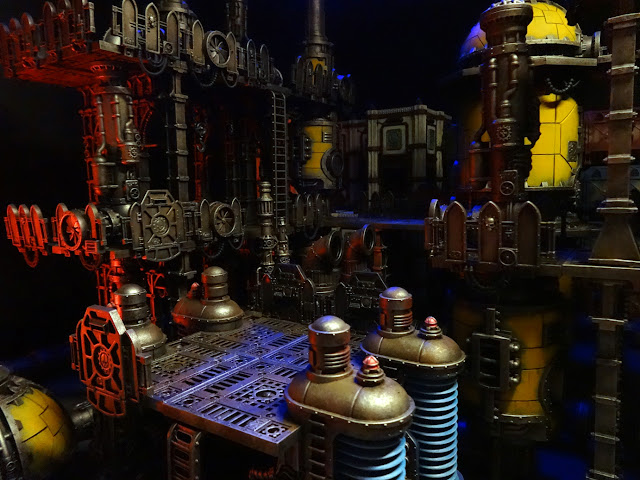 The final step of the Sector Mechanicus elements of the urban project was getting around to the cables and hand rails that attach to the sides and undersides of the walkways. Glamorous? No. Visually effective? I think so, yes.
I'll confess I'm not wild about the handrail design, what with them having strong picket fence energy. I had no idea what the thought was behind them until I came to recognise that the overall approach to the Sector Mechanicus terrain is that of a nightmarish sci-fi Victorian train station. That doesn't knock me into actively loving the railings, but I can at least see the dark comedy charm, and they have grown on me since painting them because they really, really add some volume to the walkways. Here's a comparison shot:
Adding the cables and railings really breaks up the plain silhouette of the walkways, and makes it all feel a lot more lived in. And also immediately turns the walkways into something you might want to put a mini on without worrying they'll just get shot by everyone. I'm just amazed I'd left this detail off for so long; I'd initially rushed to get the minimum viable product on the table, then was too lazy to return to it thereafter. 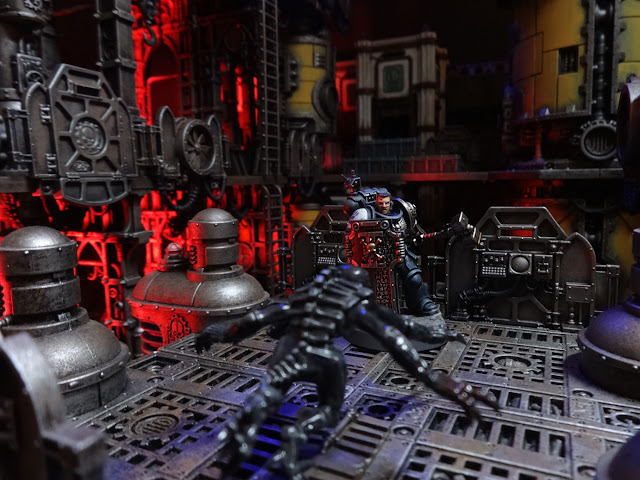 Painting was very simple; I followed my lazy rusty metal recipe:
There's not much else to say; I'm pleased to have finished this stuff off, and even though I've done a very basic job on this stuff I think the sheer amount of texture means that it catches the light and is sufficiently visually interesting without needing a riot of colour. Don't get me wrong, if I had the time to do the beautiful paint jobs I've seen around the net I would, but sometimes you just need to get something done. And then line your dudes up on them so they can Wilhelm Scream off the side. 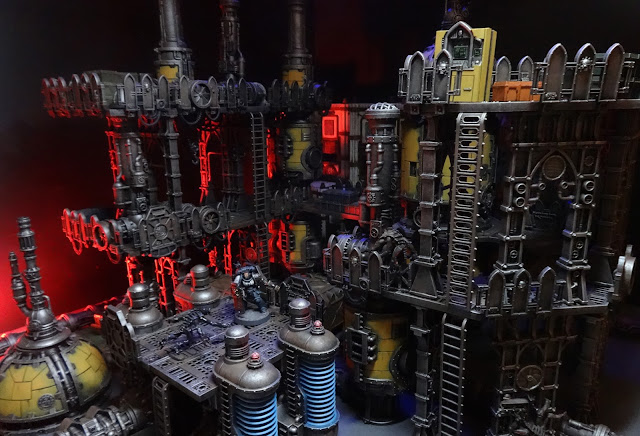