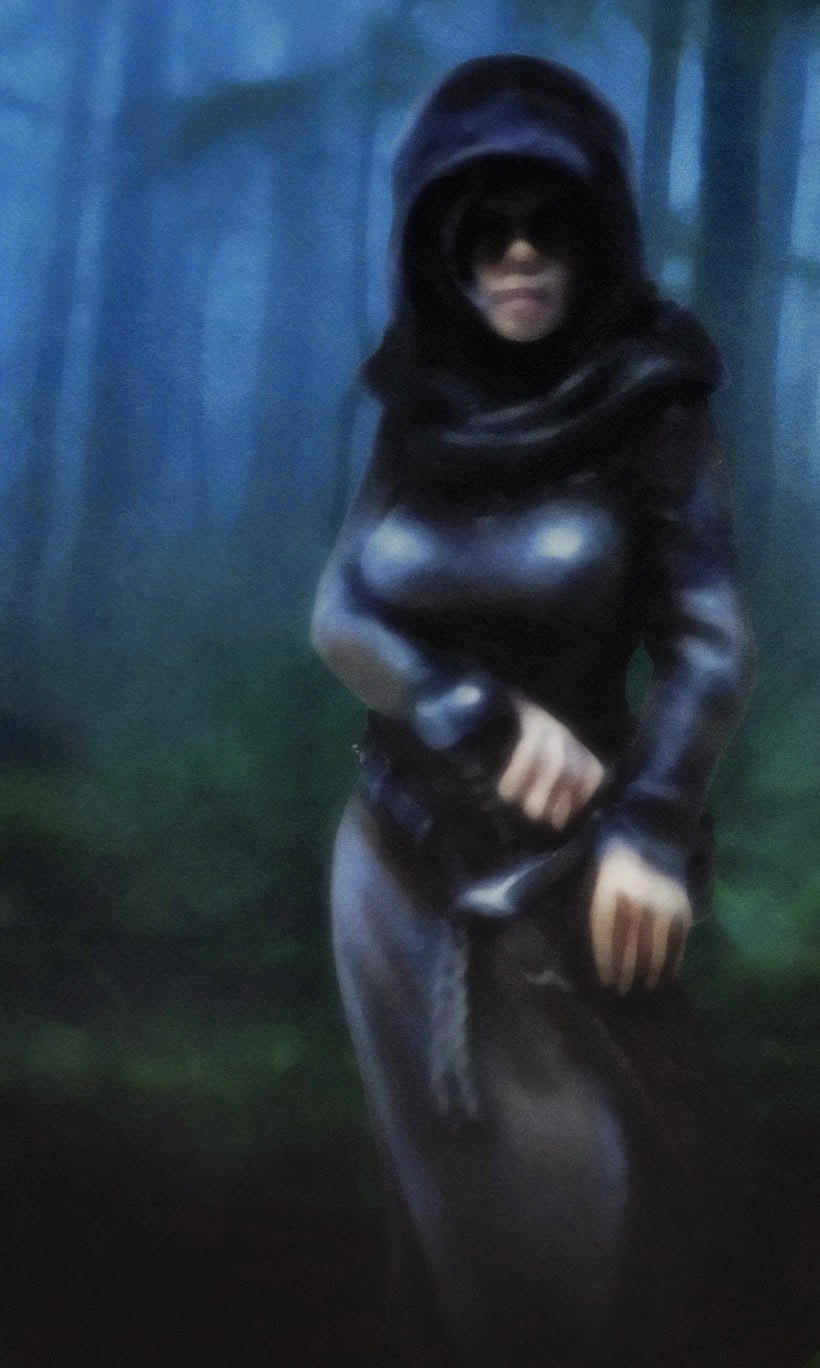 The lady in the image above is Elsa Gerhart, and she's the latest effort in my ongoing attempt to paint one wizard for every lore of magic. Previous entrants came with ovaries, bangles and herbs.

As her semi-clandestine vibe suggests, she uses the Lore of Shadow. As such, I wanted her to be far less conspicuous than the other wizards. The Grey College is in the poor quarter in Altdorf, and it seemed appropriate to have a model that could vanish in a crowd. Other than her skin tone, everything on this model is drab, neutral, and generally hobo-tastic.

Here's the above photo without all the Photoshoppery: 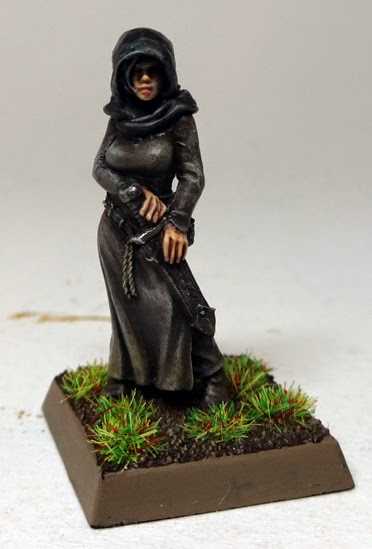 Elsa is actually a level three wizard, and a fairly senior member of her college. Why she's come to Hochland remains unknown; indeed, most people probably don't even know she's there.

The model is another Hasslefree sculpt, with one minor alteration: I sculpted a headscarf on. You can see the original sculpt here.

There's not much to say about the paint job; it's deliberately unremarkable. Some blending, some glazes, some dusty glazes and some drybrushing.

The next wizard on the hit list is an idiotic level one pyromancer, which will, I suspect, be slightly more conspicuous.