Rumors of my death have been greatly exaggerated.

"Its been a while. What the hell’s going on? We thought you'd died in a freak cheese grater accident?"

Well. I’ve had a couple of things eating into my hobby time of late.

I’ve been busy with this:
And he hasn't helped much: 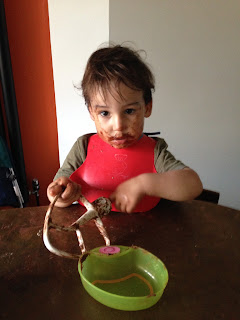 Also, I’ve been helping to make this: 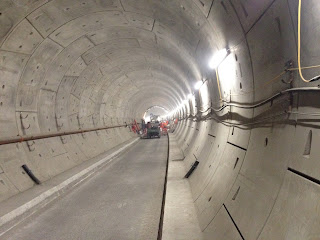 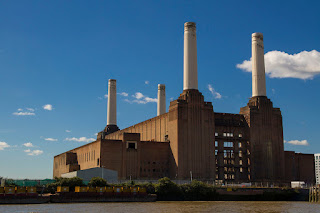 Whilst trying to keep the workforce from getting the weird and horrific sort of industrial diseases that you've only read about in a Victorian medical almanac.


" So, on the hobby front… What have you been doing for the last two years?"

Well, not much. I've been at an almost terminally low hobby ebb.

Until very recently, 40K was still suffering under a bloated, moronic rule-set and GW merrily derped the well-developed and compelling Warhammer universe out of existence and replaced it with ‘Adventures in magic land for 4 year olds'. See Here for details.

It didn’t help that until recently, most of my hobby stuff was packed up and in storage whilst our hovel house was being ripped apart and rebuilt.


I did manage to make this though:

And this:
During this time, and having very little interest in GW, I started reading about historical scale modelling. In fairness, my interest in this started about a decade ago when Imperial Armour Model Masterclass Vol. 1 came out, which was the first time I’d ever read about how to achieve realistic armour, damage and weathering effects on models and seen just how ‘true to life’ scale models could be made to look.
IAMMV1(as no-one calls it) was a real inspiration to me and based on that book I did my best to incorporate weathering and armour effects into my vehicle (Ork) painting with mixed results. See Here for mixed results.

I was always a bit hampered in these efforts by my lack of an airbrush – a tool vital for carrying out many of the techniques in the book. Fortunately, I now have one.

Whilst cyber stalking researching Phil Stutcinskas’ historical armour work on line, I came across another modeler referencing his work. This guy was Mike Rinaldi and is the author of the frankly excellent ‘Tank Art’ Series of books. I think these books are excellent for a couple of reasons: Firstly, they set out painting, damage and weathering techniques in a logical order and they explain why techniques work as well as how to do them. Finally, he is a phenomenally talented painter and his models look magnificent.

Mike Rinaldi's books are available Here. They can be tricky to track down if they're out of print.

And it might have ended there if I hadn't been scouting for stuff in a local Hobbycraft, when this caught my eye:

I chose a Panther because
- It was there
- There's something about German WW2 tanks that just looks so... BrÜtal.

Fifteen pounds lighter and I walked away with a 1:35 Panther tank, to which I added a metal turned barrel, Friul model tracks and drive wheels and brass etch engine port covers. (I also bought some side skirts, but these turned out to be incompatible with the Tamiya Panther A kit – Always check before you buy kiddies.)

As usual, I haven’t taken enough step by step photos for this to be in any way ‘tutorial-esque’. But in a vague order this is what I did:

I built the thing (including the tracks*) with some glue. Whilst doing this, I used plastic glue to soften the plastic and a dental tool to better define the flame cut edges of slabs at armour joints.

I also thought that too much track makes for a dull tank, so I scratch built a little rack for transporting water on the side of the hull because of a dodgy radiator and a drinking problem**.


I sprayed colours at it!

I then sprayed the entire tank a red brown. This is to represent the factory applied primer (red lead***) that will poke through where the paint work is damaged. Over this, I applied a hair spray layer, a layer of base yellow another hair spray layer and the green camouflage pattern over the top. The reason for the hairspray is that it allows you to realistically chip the paint off the tank, making it look like wear and tear and battle damage. For more information about what and why the hairspray technique is, there is a tutorial Hea-Yaaaar!

With the picture below, I've tried to show the effect, and where green has been removed to show yellow and yellow removed to display the underlying red lead primer.


Once I’d finished chipping, I gave the whole thing a gloss spray coat with Vallejo gloss varnish. This helps to prevent any further (unwanted) chipping from occurring and gives a much better surface for both pin washes and oil paint rendering.


I Oil Paint Rendered it!

Oil paint rendering is a process invented (or at least described) by Mike Rinaldi of blending oil paint over acrylic layers in order to modulate the look of the underlying colour.

This can portray faded paint, staining, dust, water run-off and the effects of heat. Most importantly, oil paint rendering adds definition to what might otherwise be flat, featureless areas of the model.

It’s something I’d been itching to try for a while as it can look amazing and can give real weight to a model. So I did

Whilst my results weren’t entirely what I’d hoped for – partly because some of the oil colours I picked weren’t quite right - I do think it helps to give the tank’s paint an exposed and faded look.

As an example, the image below shows the front deck plate (and glacis and side plates) that has been oil paint rendered against the engine deck plate that hasn’t.

The colours on the engine plate appear deeper and more vibrant, whereas the colours everywhere else appear faded, washed out and dustier – which is what the intention was.

Further detail on oil paint rendering, written by someone far better at it than I am, can be found here: Oil Paint Rendering Explanation

I Made it Look Muddy!

I wanted to give the tank a proper ‘been churning through Kursk mud’ look, and that was going to involve a lot of weathering powder.

The muddiest areas of the tank would be the wheels and the hull sides, which would get caked in mud if carrying out much off road driving.


To achieve a spattered mud effect on the side suspension plates I brush applied a mixture of weathering powders of varying colours on the side and then fixed them in place with a mixture of AK pigment fixer and white spirit.

When using weathering powder, I think its important to use different shades so that you get a variation of tone: too much of one colour can make heavy mud effects look strangely monotone – like the tank’s been driving round a cement factory.


I wanted to emulate mud splash on the side plates in proximity to the tracks, and for this I mixed weathering powder with white spirit and pigment fixer to make a sticky goo, which I then loaded onto a brush and flicked onto certain parts of the rear of the tank.

Another caution, this is really, really not good at all for your brushes, so don’t do this with brand new W&N 7s.

I’ll leave this here for now as this has already been a long and arduous post.

I’ll show the completed tank and talk about the project as a whole next week. but I'll leave this here as a sneak peak:

Until next time, auf wiedershen.


*If you can find a hobby related activity more tedious than cleaning up and assembling Friulmodel track links (192 of them), congratulations, you must be having an awful lack of fun.

*(* I made this bit up. I've no idea how realistic this scenario may have been, but I just wanted to stick water cans on the side instead of more spare track.

*** Still does, only now they use a non lead based paint called red oxide.