As with the Bad Moons of part one, or the Blood Axes of part two, you can expect extensive conversions and even more extensive weathering powder. The reason I've left the Deathskulls until last is because, while you're not going to see a masterclass in painting or sculpting, this force is a masterclass in theming your force. Perhaps more importantly, we're finishing here because the Deathskulls include Bunkah's Wrekkin' Krew, a unit that I think completely sums up Mark's approach to the hobby, and therefore forms a natural conclusion to this whole thing. It's not his best paint job, and it's not necessarily his single best conversion, but it is the most him.

To start, let's see this section of the army as a whole:


These thieving gits resourceful lads are led by Tekkwotts the mek, whose kustom shokk attack gun is so big it needs a wheel. 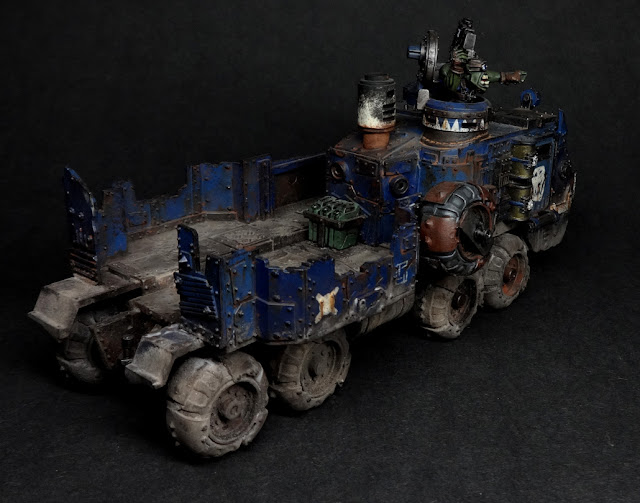 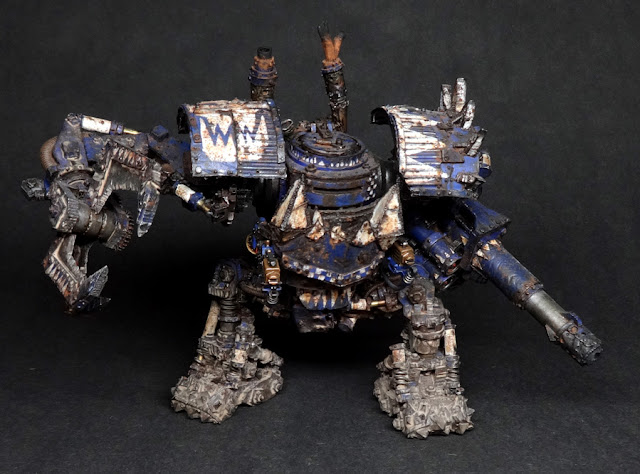 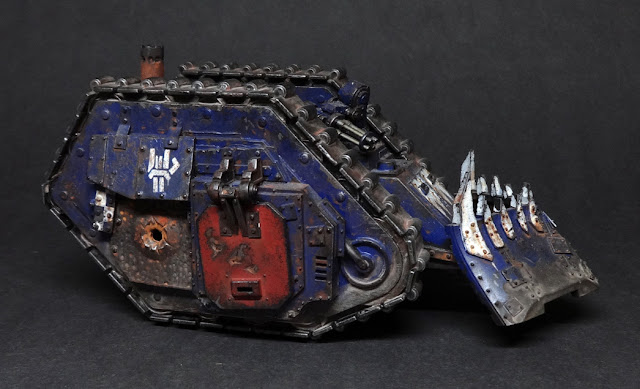 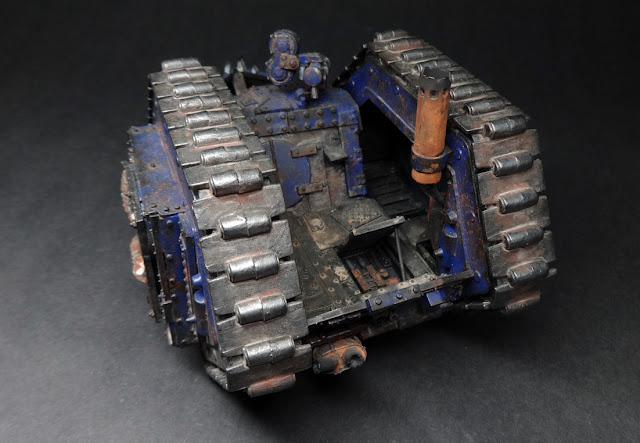 As with all the elements of the army, Mark never stopped adding things. Most recently, he'd been working on a unit of nobs complete with a heavily converted character who I assume to be a dok (judging by the syringe). 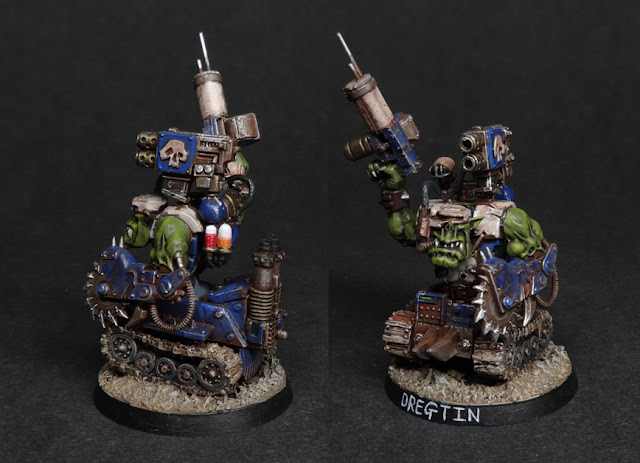 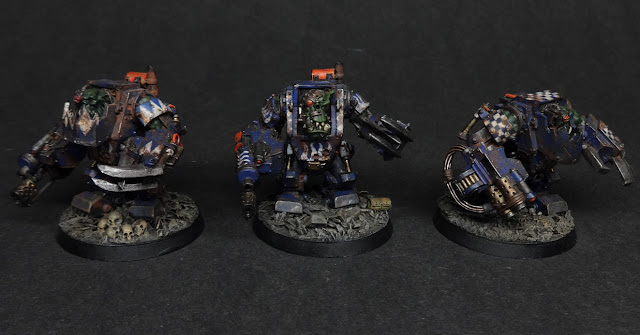 Right, that's quite enough nobbery for now. Back to looted things! 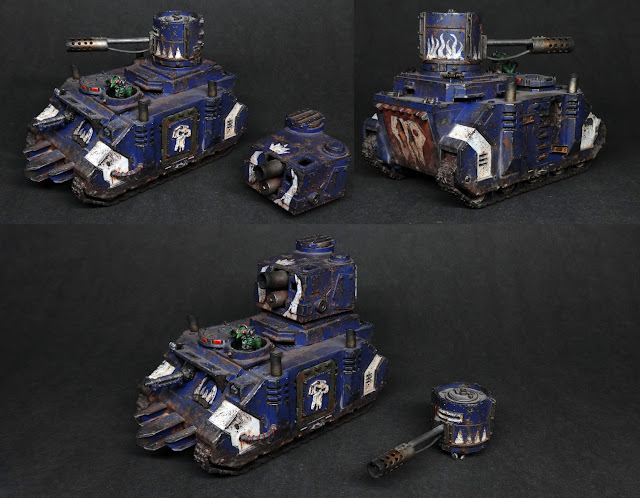 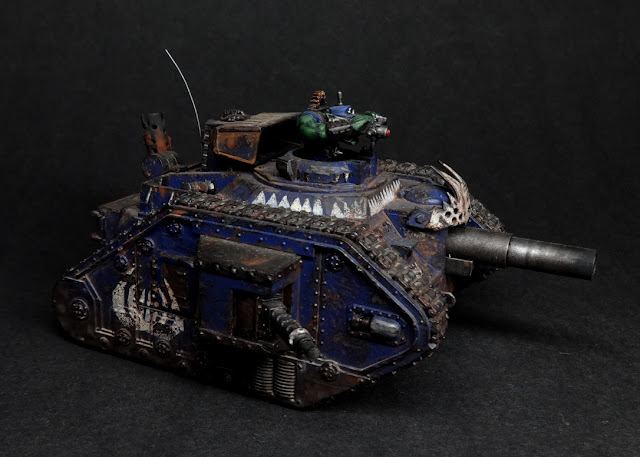 Having demonstrated great aptitude for looting anything made by humies, Mark's orks went one step further and looted something biological...


This model was actually the cause of one of my first interactions with Mark back when he first moved to Oxford. I was working at the Games Workshop at the time, and he asked for a painting lesson since he'd never painted something big and organic before. He hadn't really done much if any layering at that point, and wasn't sure how to tackle the carnifex's flesh. I remember he was really happy with how it came out, and it proceeded to jump up and down on a good number of my toy soldiers over the following decade. 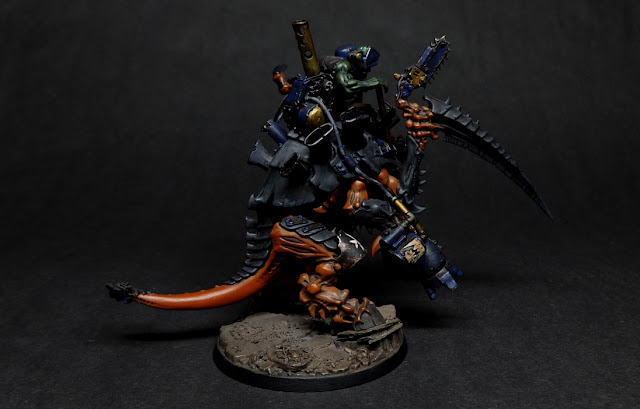 I said we'd finish on what I think is the most Mark unit in his collection, so here it is: a unit of 20 basic ork boys in a battle wagon. Simple enough... except it isn't. The unit has been built as a team of dudes who are equipped to dismantle and loot vehicles, and their ride takes that theme further. 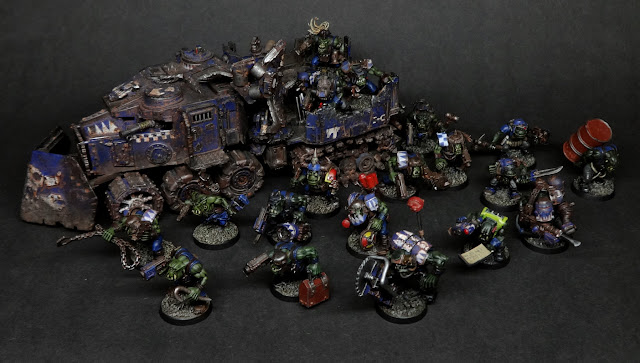 Let's start off with the wagon. It had recently been given some repairs which Mark never got around to painting, so please ignore the occasional bit of white styrene.


Now for the mob. I won't go through all twenty of them in exhaustive detail, but there's some things worth highlighting.

The profusion of hooks, lump hammers, spanners, and drills speak for themselves. Of particular note is the scratch-built toolbox, and second from bottom left, the ork carrying the task lamp. Now, on to the other ten lads in this unit...

Again, some self-explanatory things like crowbars, blowtorches and so forth, but it's worth calling out the dude with the fuel drum and (one of my favourite touches) a siphoning tube tied around his waist.

Let's take a second to talk about the mob's leader Bunkah and his massive circular saw. Mark loved Bunkah, both for the kustom saw he'd built him, but also for his character. You see, Bunkah was a simple soul who enjoyed two things in life: his saw, and trying to remember his own name. Unarguably the stupidest ork in his own mob, the lads generally left him to his own devices and did most of the actual looting themselves.

Particularly stupid things Bunkah did include stepping through a door and becoming the only ork visible to a baneblade. Mark was giggling a bit when he moved Bunkah out. He'd play to character like that. "Bun... kah?" he said in a low, gravelly voice. When the baneblade's main gun went off and removed Bunkah from the field, Mark started laughing uncontrollably and just kept at it for... I don't remember how long. The fact that he found suicide by baneblade cannon that funny set me off. It's objectively not that amusing, but the whole thing seemed to have pleased Mark no end.

Bunkah became something of a running joke. If one of us didn't understand what the other was saying, we'd answer with "Bunkah?"

If one of us decided to do something even though we knew it was stupid, we'd say "Bunkah." The meaning was all in the tone. It was a very, very localised equivalent of "I am Groot," I suppose.

But there's one ork in the Wrekkin' Krew that's the Markiest of them all: the health and safety ork. He's the one in the picture with the high-vis jacket, the safety goggles, the pencil tucked behind his ear, and a clipboard that says "HSE" on it (that's the Health and Safety Executive, the UK government's agency for workplace health and safety). As an occupational hygienist, this model basically represented Mark on the table. He gave a crap about the well-being of his colleagues even when they didn't (and he worked in a steel plant where they really, really didn't sometimes). The image of an ork helpfully pointing out safety tips to his squadmates is frankly joyous.

That he put so much detail into a unit of basic troops is everything to me. As hobbyists we can get drawn into the idea that the more elite your miniature is, the more love you should give it. Mark took the opposite approach. For him, the magic of an army lay in bringing everyday details into the picture. Every model in your army is an opportunity to bring your force to life, so if you get a cool idea, then pursue that idea all the way down the rabbit hole. You'll end up with something unique. Something that's yours.

Something your friends will remember.

Hopefully one day Mark's kids will follow their dad into the hobby, and if they do, Bunkah, Tekkwotts, Cogz, Tufflukk and all the rest will be waiting for them. So much of Mark's personality is baked into these miniatures that I'm pretty sure they'll come to know him a little better. Hopefully you did too. Furthermore, I hope his army has inspired you in some way, whether it's to have a crack at a conversion you're scared of, or to keep painting, keep rolling dice, and keep enjoying this hobby.

And don't fear, this army isn't going into some forgotten box under the stairs while it waits for his kids. We're under strict instructions to make sure it sees the field, and I'll make damn sure it does. These boots is made for stomping, and stomping's what they'll do. WAAAAGH!