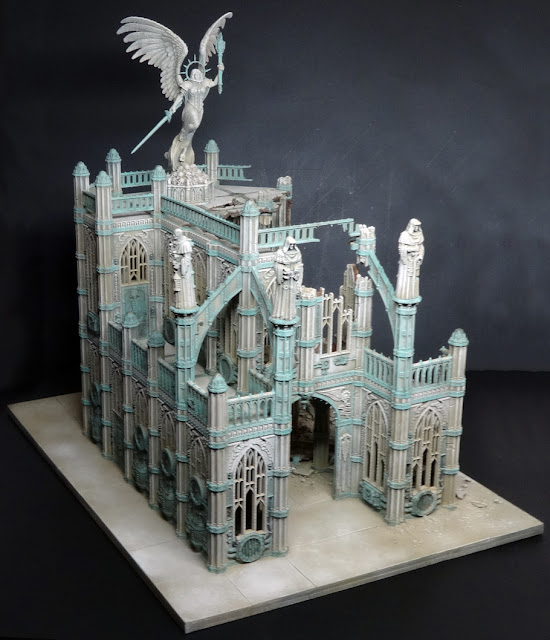 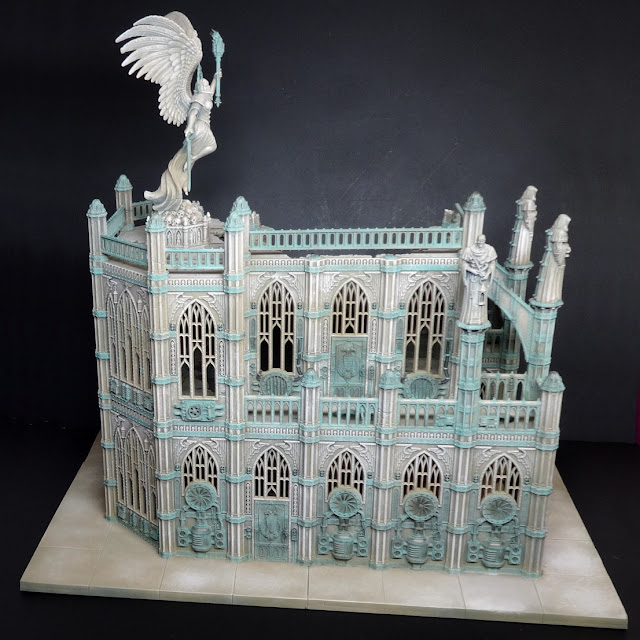 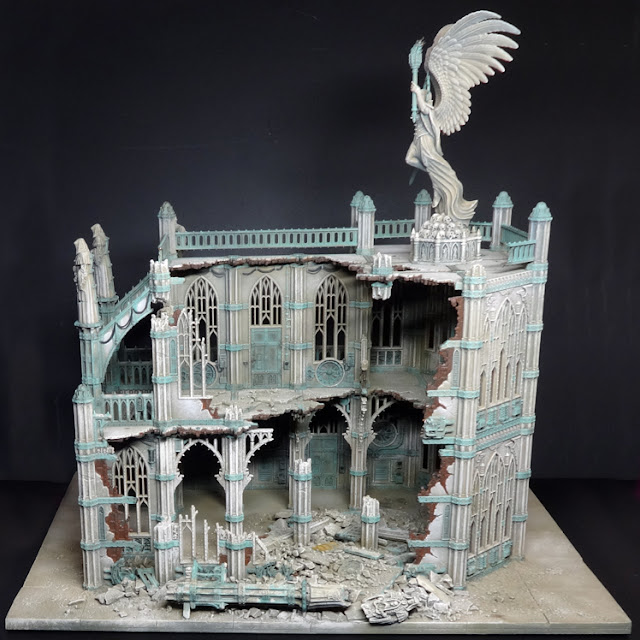 Today's post is the last one in my three-part Chapel Project Log. So far we've covered Sector Imperialis construction tips and how to make your own rubble; today's post is about painting Sector Imperialis buildings quickly(ish). I've included pretty pictures because them's the rules. Also Lasgunpacker specifically asked for photos with minis to give a sense of the scale, and we're nothing if not extremely responsive to readers' requests - see the gallery at the end, mate.
When I first saw the Sector Imperialis frames, I was concerned that the insane level of detail would make the painting unapproachably complex. Ultimately it was the modularity of the kits that drew me to them, combined with Chris Peach demonstrating that you could get away with being more minimalist with his Kill Team board.
Knowing that a quick and simple job could work gave me the confidence to dive in, and of course once I was in the water, it wasn't much of a stretch to come up with some techniques for adding detail quickly and easily.
The most important of those techniques was a total experiment that bore fruit: the verdigris (that's the green oxidised copper you often see on statues and roofs).
Said verdigris is extremely easy to do assuming you execute the paint job in the order below, since it's using the transparency of the paint to do a bunch of the work for you.

That's your base layers sorted. Next is the verdigris. For this technique to work, you have to have done the above steps first as it's assumed you're letting the sandstone-looking colouration show through a little.
Use a good size brush (I was using a size 4, which is probably the size of a Citadel wash brush) to slap Nihilakh Oxide over anything you want to be made of copper. 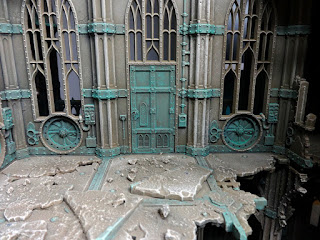 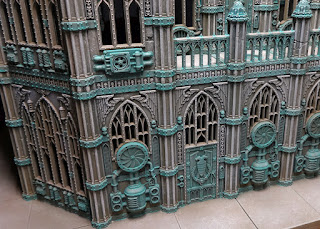 Next, use a combination of stippling and drybrushing to apply Warplock Bronze to the edges of the copper areas, or to any component that would see lots of physical contact with pedestrians. 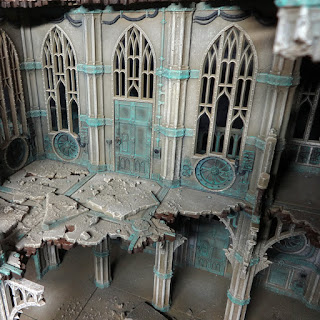 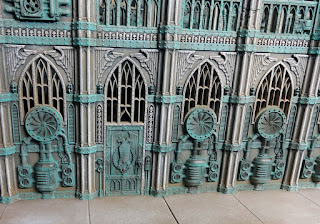 On any areas that end up being vigorously covered with the Warplock Bronze, go back over it with a very sparing edge drybrush of Hashut Copper just to add a little tonal variation and help the edges catch the light.

The rusty iron on the ruined sections uses the following steps: 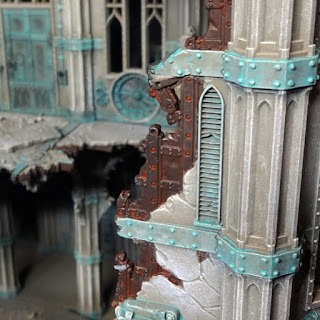 The cables were done with a single watered down coat of Corvus Black. Thanks to the sandstone basecoat you get a fair amount of texture out of that.
Finally, the lights were picked out with a roughly 3:1:2 ratio of Corvus Black, some blue, and some gloss varnish. The amount of blue you're using is so small that it doesn't really matter what blue you use, it's just to take the edge off. The varnish is to help the lights read as glass without putting loads of effort in, but obviously it doesn't look particularly realistic - you'd need to put a lot more work in I suspect, and I was after quick and easy.

As I write this the UK is currently very much in pandemic-induced lockdown, so I have yet to play a game on this beast. I did, however, build it with gaming in mind. The un-ruined ground floor wall blocks line of sight, as I concentrated the LOS-blocking wall sections there. To ensure infantry could happily move through it, I also placed doors at the front, rear and sides. I also placed doors joining up the ruined floor sections on the 1st floor, and a ladder leading up to the roof, so that there are immersive ways for characters to climb it. I also have a closed-off 1x1 room on the ground floor roofed with a ceiling hatch, which I imagine is an access elevator to reach the balcony.
The rubble is designed to accommodate minis on most of it, and this means there's plenty of room for fights inside the buildings. 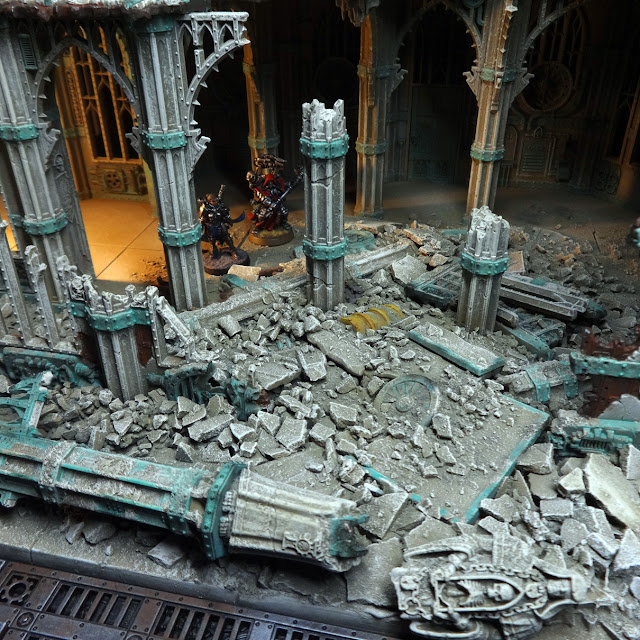 This is comfortably the biggest miniature I've ever made, and it's taken me about six weeks on and off to get it from sprue to tabletop. I'm pleased to have come up with a compromise between speed and detail; it means that doing more buildings is not only possible, but exciting. They will, however, be smaller than this one, because blimey.