Welcome, fellow supplicant to the Neverborn, on this Tainted Thursday let your mind reach out into the Empyrium. Call forth what dwells there and make a home in your flesh for it. Welcome the changes that come... ahem. Sorry, got a smidge carried away there, suffice to say: We're looking at possessed today: 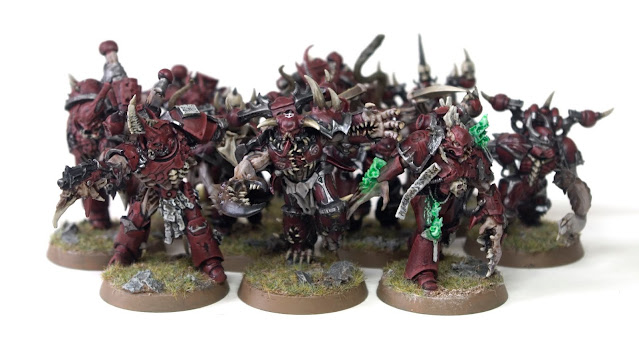 Ain't they pretty? Given that the Word Bearers were the ones who invented the things, I thought it only proper that my army should have a fair whack of 'em. A nice big unit of 10 ought to make a dent in anything they run into. Especially when they're near this chap:

The Greater Possessed of the Graven Star, one Cro'srak the Onyxforged. Lets learn a snippet about him:

"Cro'srak? Yes, I knew them better as Torek, Torek Kedimar. A mighty warrior, could have been a contender to lead the Graven Star. But, he was more pious than ambitious and always craved the sacred sythesis with the warp that only possession can bring. I don't think he ever saw his path ascending to the heights of Apotheosis and this was the way that he could be closest with the warp state. It is of course wrong to mourn those who undertake the sacred synthesis of becoming Gal Vorbak as they are now a part of something far greater than themselves. Cro'srak is a mighty being and they have fought well, but I miss being able to talk to my friend without having to guess which entity I was addressing at that moment."

By the way, the teller of our tale is on my workbench, we shall meet him very soon... 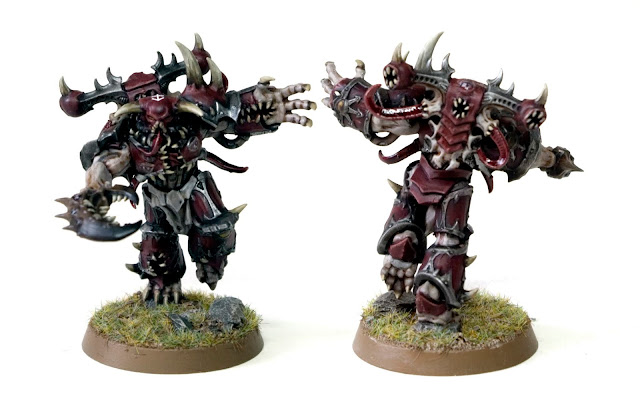 Of course, there are two greater possessed models, but to be honest, I don't think they're equal. This chap isn't as awesome as his dynamic, spikey friend above. Plus, I only had four of the plastic possessed for some reason so he got drafted to act as a unit champion. Gotta love a backpack with tongue tentacles.

In addition to the plastics (more on those later) I'd picked up a pack of Forgeworld's gorgeous resin Gal Vorbak. The ability to absorb undercuts has been used to full effect on these and the results are some gorgeous merging of technological and organic elements. Plus, those flames, [chef's kiss] m'wah! Love 'em. Once more I made liberal use of Hexwraith Flame's special "Make OSL Easy" power. 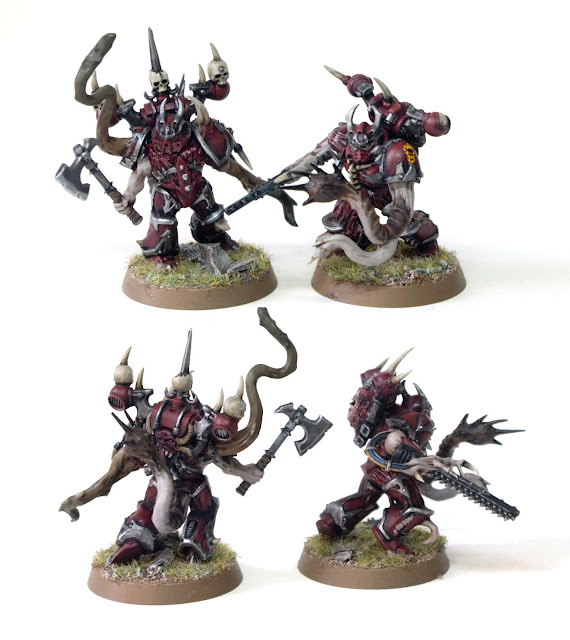 The old plastic possessed are showing their age a bit, especially where the helmets are concerned. So I did a bit of mixing and matching. I used the helmets from the Warp Talon bits left over from the Raptor build, and a few bits from the Chaos Spawn kit to make more intimidating mutations. 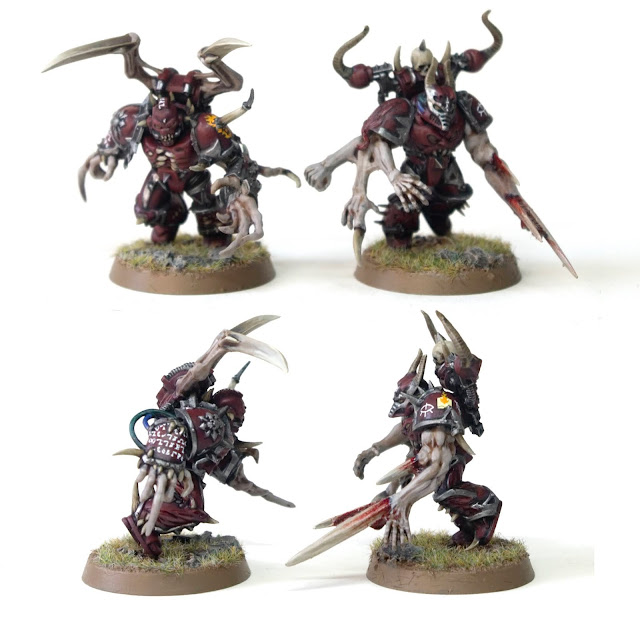 There are some nicely disturbing parts from that Chaos Spawn kit. Especially my favourite element, that gods awful weapon arm. Feathering out the blood worked almost too well to make the effect of the bone blades sliding out complete. Oh, and cutting the decal to make the horn pierce the word bearers icon (top left) was a bit of a sod but completely worth it. 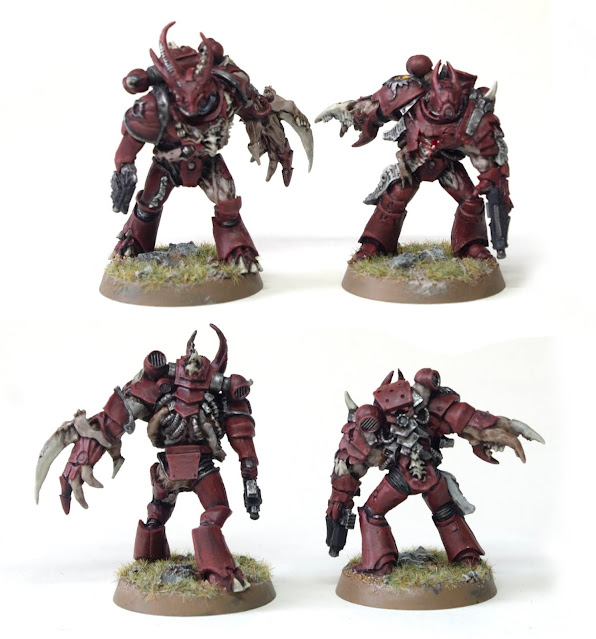 Because these are the Heresy era models, some of them have the mark of the Serrated Sun on their shoulder pads. I was musing about scraping them off (and weeping, because they're rather nice sculpts) and then realised... what if the daemon inside is a veteran? This isn't it's first rodeo in a Gal Vorbak. They wear the mark because the daemon was one of the original Gal Vorbak from back in the day, now resleeved in a Graven Star. Happy that this bit of Lore was squared away I got on with painting. 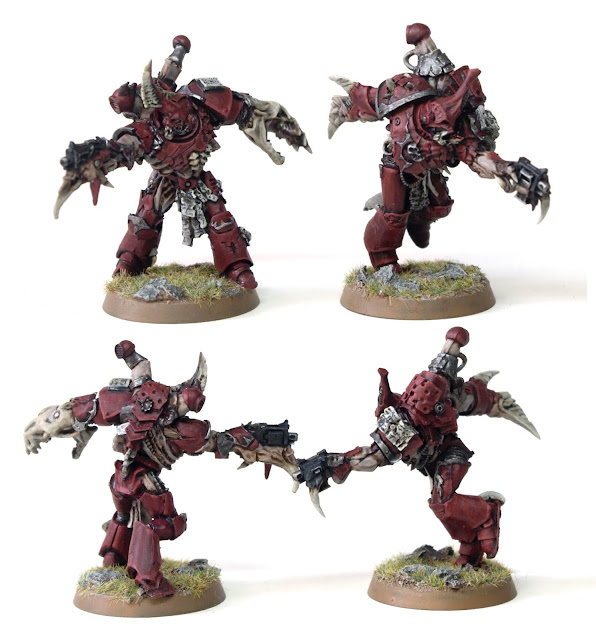 As you might imagine, there wasn't a lot different to the normal Word Bearers scheme. Even the flesh and demon bits had been sorted out colour-scheme-wise beforehand so I could just relax and enjoy painting them. Getting the carved runes in the resin chaps right took some effort as delicate edge highlighting isn't my bag (I leave that to Charlie) but I think it came out nice enough.

So with 265 points worth of possessed lads sorted I figure that's a decent homage to the Word Bearers fondness for installing horrifying monsters in otherwise fine marines. Next time it'll be the turn of some more of those horrible monsters. Until then, lovely people