By Charlie June 21, 2021
Well bugger me if painting the Sanctum Administratus kit hasn't given me an existential crisis. I've now finished one of the intact building halves, and have been second-guessing myself all the way through.
Normally with terrain I'd say you want to avoid picking out too many of the details, since painting them would a) take ages and b) create a lot of visual noise for your armies to disappear into, rather than being a pleasing backdrop. With the Sector Imperialis stuff you can get away with that minimalist approach, but I'm not convinced that minimalism works on the altogether more industrial (and pithily named) Battlezone Manufactorum: Sanctum Administratus.
I've followed through on the test panel I did in the last post, hoping to create something that could work as either dilapidated Imperial infrastructure or pure underhive despair. Here's how it turned out: 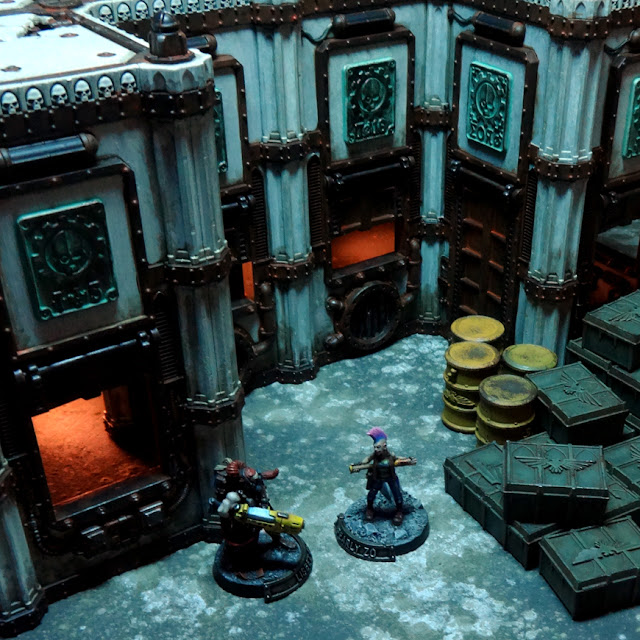 Somehow this looks simultaneously too pristine and too old and busted, and takes a long time to do relative to my usual terrain efforts. Pour one out for the Bunker crew; they've been subjected to my incessant whining on the subject. Normally this is the bit of the post where I'd tell you how I got this result, but I'm not entirely convinced people will want to mimic this. If you do want the paint recipe, let me know in the comments and I'll be sure to include it in the next log.
As you will have gathered from the image above, I couldn't resist the temptation to amateurishly attempt some atmospheric shots in addition to the more standard ones. There's honestly not much else to say for this week, so I'll leave you with some pictures: 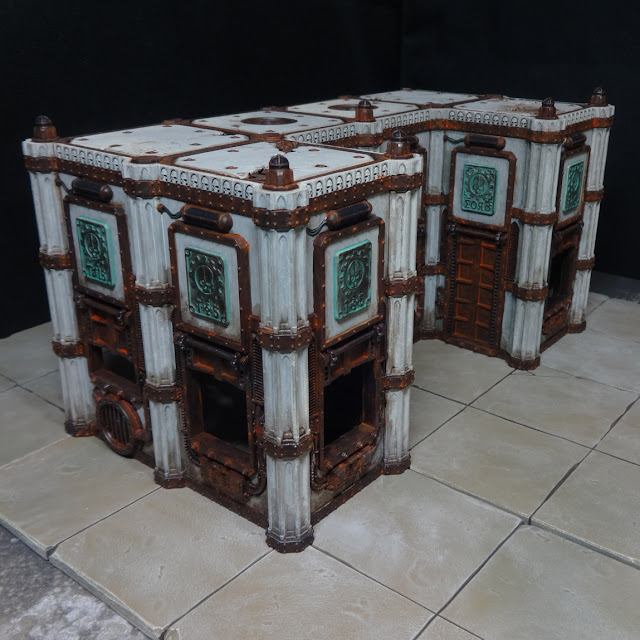 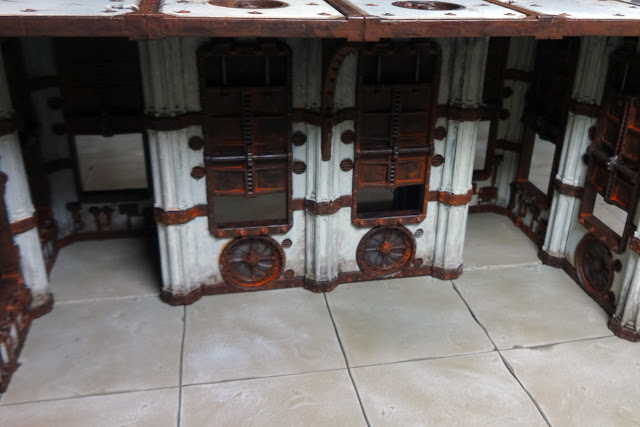 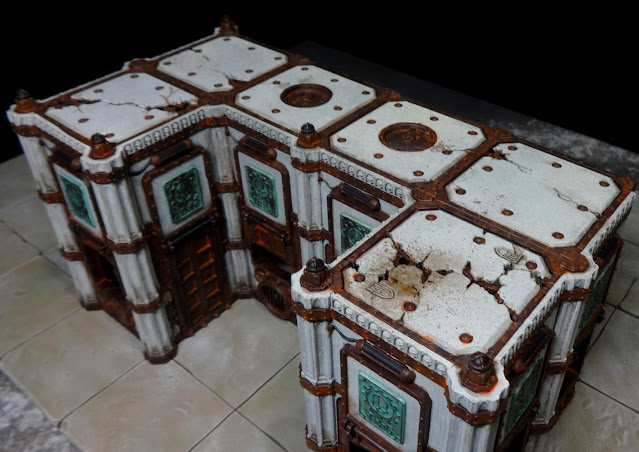 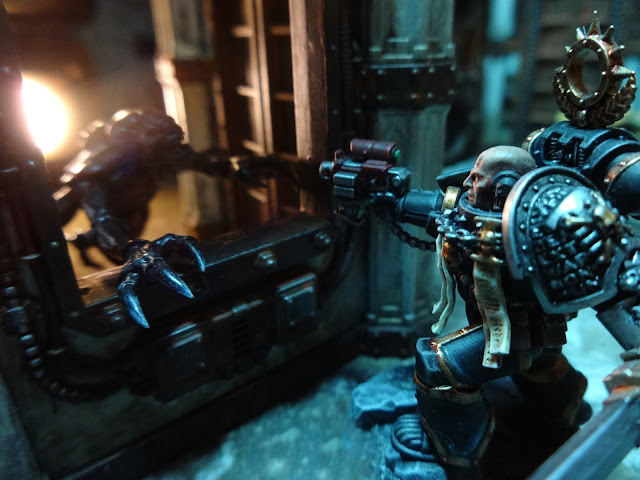