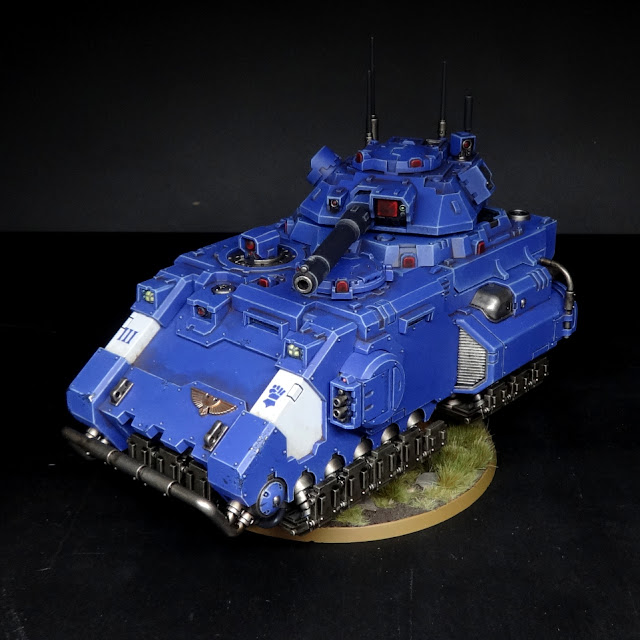 When I painted an Impulsor back in March, I mentioned that I'd built it from the Gladiator kit (that's the full Impulsor kit plus the extra gubbins for a turret). In preparation for a recent game against Andy and Tom's extremely aggressive Necrons, I decided guns were more important than speed, and took the chance to paint up the turret. In doing so I learned a thing or two about making vehicle painting more efficient, so I'm sharing those things today.

Does this require magnetising?

The actual turret mount doesn't need any magnetising - it just sits on the Impulsor's hull and doesn't move around at all. Here's how it goes together: 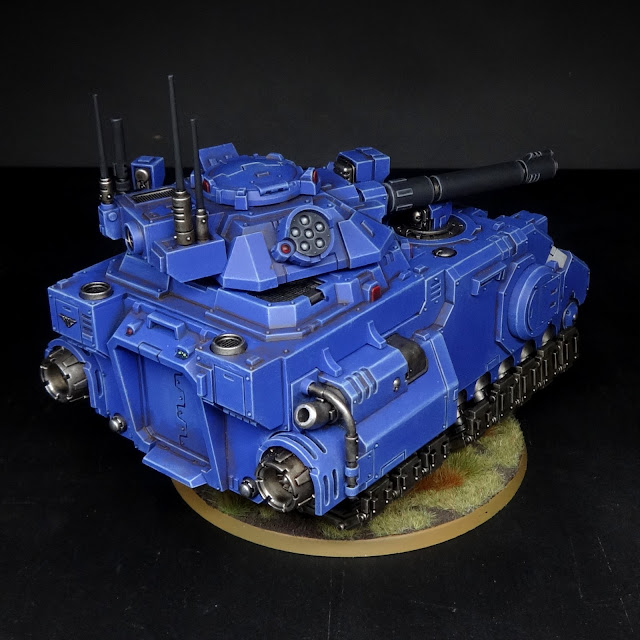 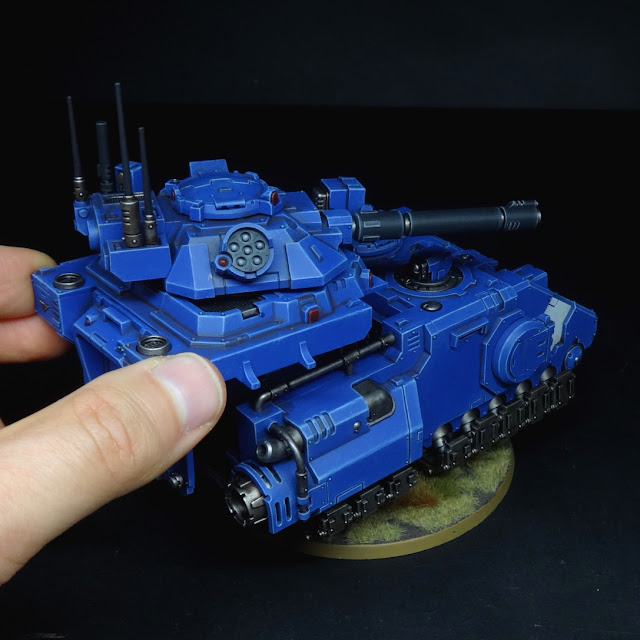 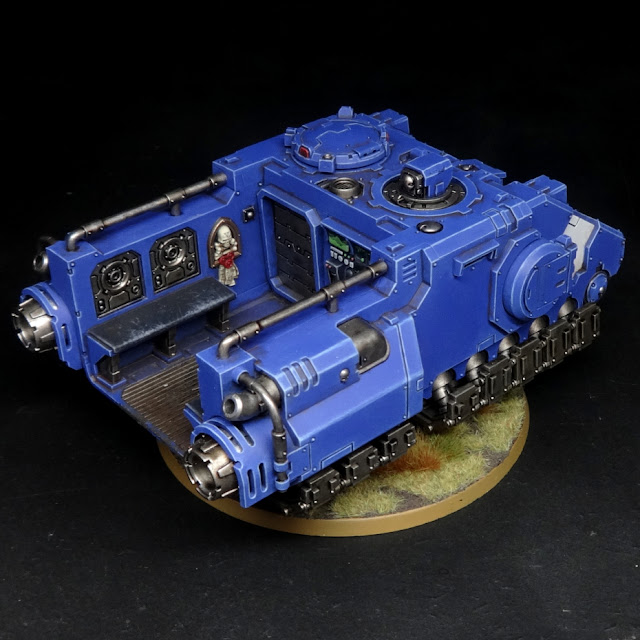 I suspect this may have been a deliberate move by a forward-thinking sculptor. With the additional layers of paint it doesn't sit perfectly flush, but if that bothers you then it's easily scraped back on the underside of the turret mount.
If you wanted to be able to field all three Gladiator variants you'd want to magnetise the guns themselves. Also of note is that while you get separate sponson housings, you only get one sponson baseplate connecting to the hull, so they're the main sticking point. You'd ideally want some spare baseplates from a bits vendor, or perhaps magnetise the different sponsons onto the baseplate, I guess?

For Ultramarines-style blue armour, my Macragge Blue basecoat is highlighted with Calgar Blue, then Fenrisian Grey. On infantry those two highlight steps are normal highlights, but that's pretty onerous on a vehicle. Unfortunately just drybrushing them doesn't give you quite the same pop. My Repulsor Executioner had the Fenrisian Grey stage done, laboriously, as a normal highlight. Conversely with my Stormtalon Gunship I tried just doing it all with drybrushing, and it looks fine, it's just not quite as crisp. With this gladiator, however, I drybrushed both highlight tones and then went over any bits that needed more emphasis with a normal highlight of Fenrisian Grey. This pretty much gave me the pop of a full highlight with (near as dammit) the speed of a drybrush. 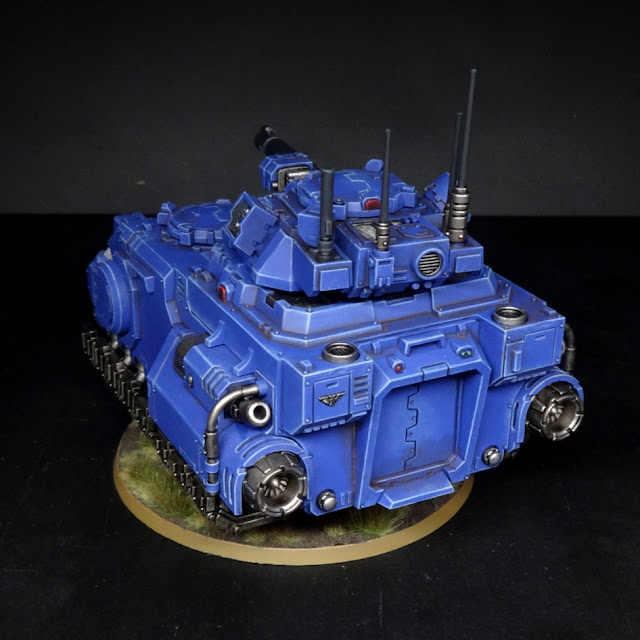 With the highlighting complete, I then applied Reaper's Blue Liner into the recesses, which tidied up any paint dust from the drybrush. A glaze of Army Painter's Oak Brown added some dirt, and since orange is the opposite of blue on the colour wheel this has the added benefit of shading the thing at the same time.
The method used for the red glass panels is the same as the one outlined in my post on the Repulsor Executioner, and despite being nine stages, goes on rather faster than I remembered and wasn't too onerous. All in all I now feel less intimidated by the idea of adding more vehicles to the force. Hopefully my little incremental learning points on this army prove useful to you, dear reader. That is, after all, the point of a hobby blog.