VIGs: the grots who bought happiness 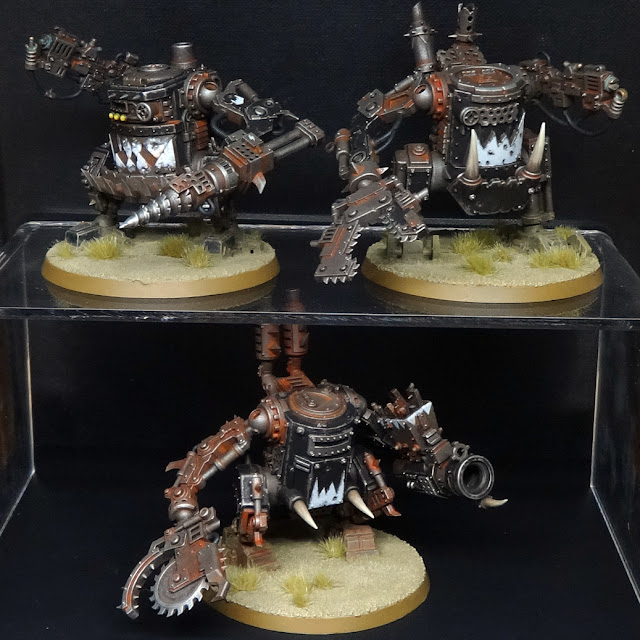 As Sirrus Bizniz' metalwaaagh expands, so does his need for things that smash face. Doc Feelgood and his Grötley Crüe acquitted themselves well in the initial tour, so he's come up with a cunning plan: any fangrot can now buy themselves a V.I.G. badge if they bring a wheelbarrow full of teef to Sirrus.
Grots with V.I.G. passes are allowed backstage to talk to members of their favourite bands, will be treated to fewer slappings, and most excitingly, will be allowed to ride to war with the legendary Grötley Crüe in kans of their very own. The teef, in turn, will help fund the ever-growing fleet of the metalwaaagh. Everyone's a winner. Except the poor gits who the grots half-inched the teef off, but that should at least keep everyone on their toes.
Three grots have already achieved this incredible scrounge-quest, and Doc Feelgood has quite industriously slapped three more kans together for them. Is he thrilled about welcoming random, ultra-stealy gits into his krew? No. Is he zogging well going to do it anyway to avoid the boss' wrath? You'd better bloody well believe it.
Many rokkers (excepting straight edge lads) can appreciate a six-pack, and this six-pack of kans walks, talks, and krumps.
The megaboss is pleased. As am I, in fact; this army is fun to paint up, fairly faff-free, and so far, quite entertaining in battle whether they're winning or losing.
As ever, if you want the paint recipes, they're in this post. Next up: stormboyz. I'll also try and provide a little more context about what the army is up to, and how they're doing in crusade, but unfortunately today's post is going to have to be short and sweet (extra cover at work and other commitments means I could choose this week between a short blog post, or no blog post, so here we are). 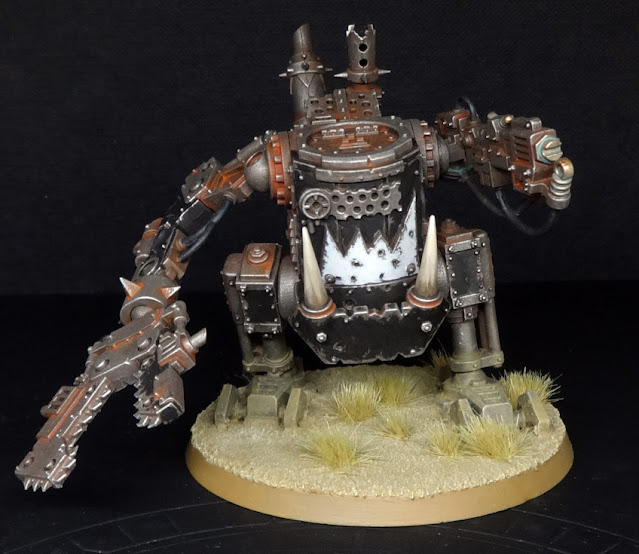 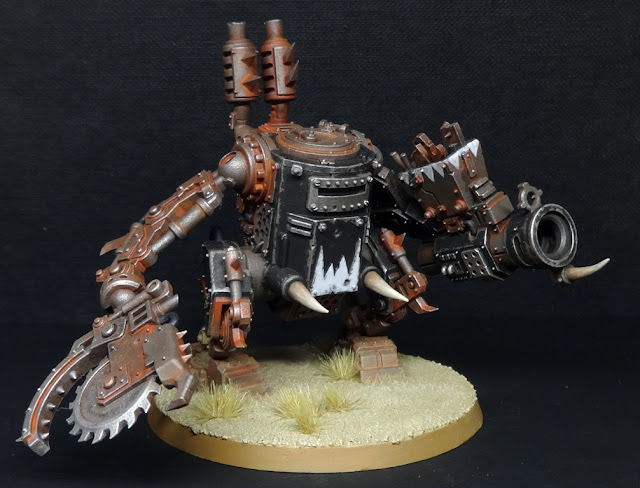