Wyrd Science! Or: How I Learned To Stop Looting Tanks And Love The Warpstone


Good evening and welcome to my inaugural post on the Beard Bunker and my very first unaccompanied foray into the blogosphere!


Unlike Charlie, (a self-confessed hobby butterfly, whose Dark Eldar stand around all day, wandering what will happen first: will their souls be devoured by Slaanesh or will they get an undercoat) I am a hobby monomaniac. I am happy to indulge in all sorts of long term, ambitious and lengthy projects, on the strict proviso that the project concerns Orks.
Hence, the sort of thing that I will usually be working on will look something like this: 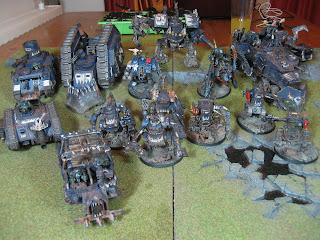 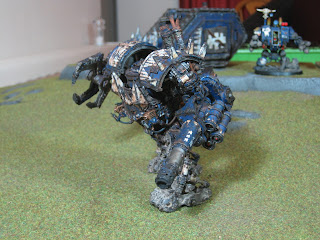 So when the Warhammer challenge came along, I viewed it with some trepidation – it wouldn’t involve Orks, Tanks, or Orks driving Tanks. Hmmm.
However, I did have a box of Skaven from Island of Blood hanging around, and I was reasonably excited about them. Whilst the Skaven  weren’t Orks, they had the benefit of erratic contraptions, good looking miniatures, a horde army and a reckless disregard for their compatriot’s safety (A bit like some of my clients)…So Orks, but with fur. Well that sounds alright. I’m all over that like a Greek finance minister over a WMF bailout.
After a session on ‘how to paint rats quickly’ from Charlie, my fears of a Skaven army taking from now until the end of time were allayed and I knuckled down to some rat painting. 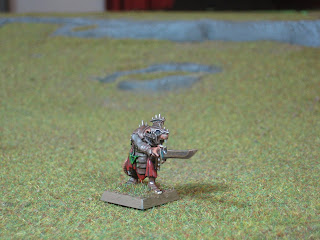 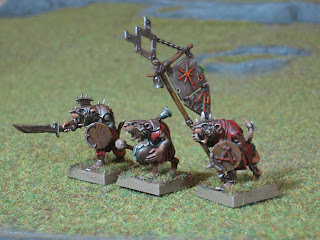 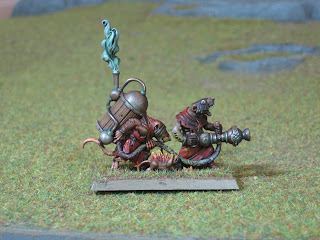 I'm particularly enjoying painting warpstone (it is green after all) and having a bodge at source lighting.

Well, these are some of them, the whole unit looks a bit like this: 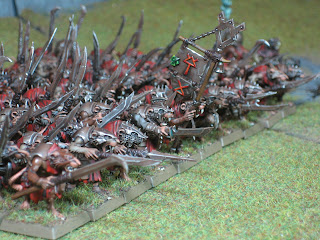 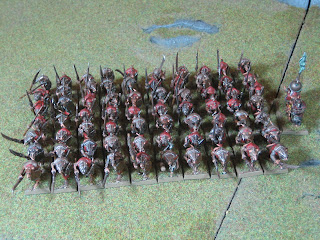 Et Voila! A monster unit of clanrats with shields and miscellaneous pokey sticks that didn't take forever to paint.

Next up will be a movement tray, a slightly smaller unit of clanrats, then my Warboss and some slaves. I think I'll have a bit more fun with the slaves and do some converting.

Those that know me, know that I do a lot of travelling as part of my work. One thing that has helped me get this painting done quickly is this: 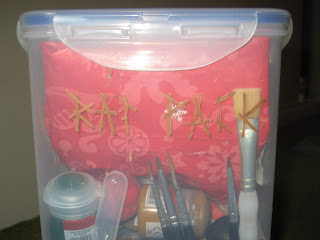 In it is a water pot, five brushes, all the paints I need to paint basic rats, some paper tissue for the brushes and a pallete / covering for the work surface made of one M&S carrier bag; all in a convenient plastic box. So, whether I'm in a Premier Inn in Cardiff, or a Premier Inn in Teeside, or any of the other numerous Premier Inns in which I spend the vast majority of my week in, ﻿I've got all the stuff I need to get painting quickly and without having to faff around for hours trying to find the right paints.

And now I'll end. So until next time,

(Whatever it is that rats have that means WAAAAAGH!)